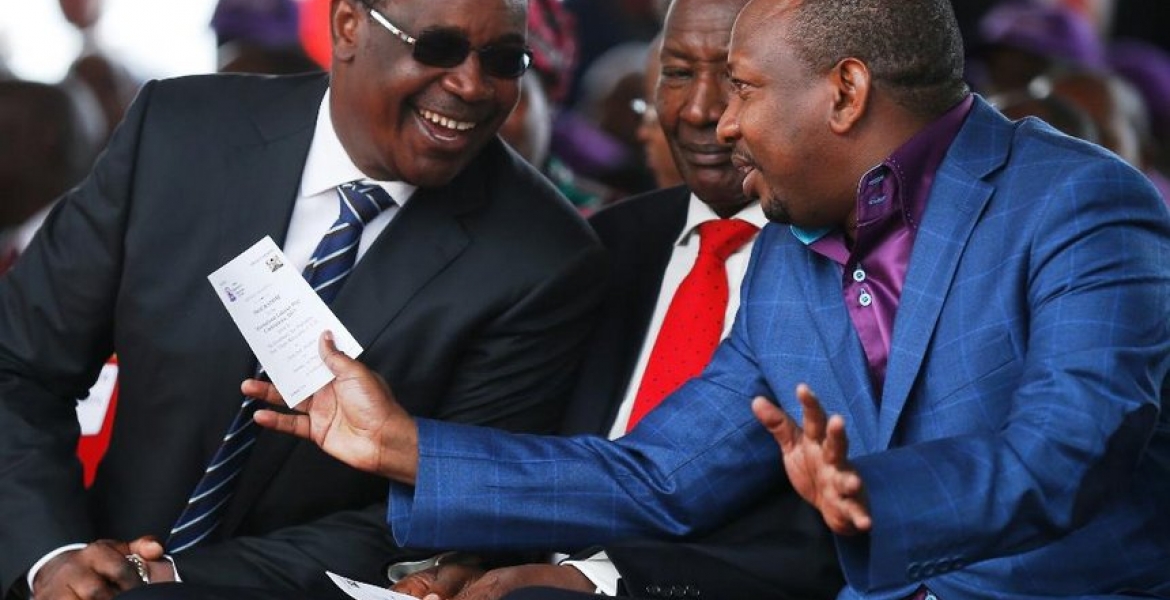 The two face each other in the August polls after Kidero was given the Orange Democratic Movement (ODM) ticket unopposed while Sonko trounced rival Peter Kenneth to clinch the Jubilee Party ticket. But it was Senator Mike Sonko who stole the occasion as his ‘Sonko Rescue Team’ was paraded alongside the workers from various companies in a tradition brigade on a Labor Day.

Invited to speak by the Governor, Sonko did not hesitate to tell Kenyans his efforts to have their incomes review upwards. “Last year, we asked that low-income earners’ salaries and overtime not to be taxed, but until now they are being taxed. Mr. President, please execute the plan,” said the Senator amid cheers from the electrified crowd at Uhuru Park.

Kidero was also not left behind in advocating for better wages. “Every stakeholder should sign the CBA, Nairobi will sign it this coming week. Let us also have a free, fair and credible elections come August,” said Governor Kidero.

The two were seen chatting and laughing in the dais during the Ceremony attended by President Uhuru Kenyatta, his deputy William Ruto and a host of other government officials and foreign dignitaries.