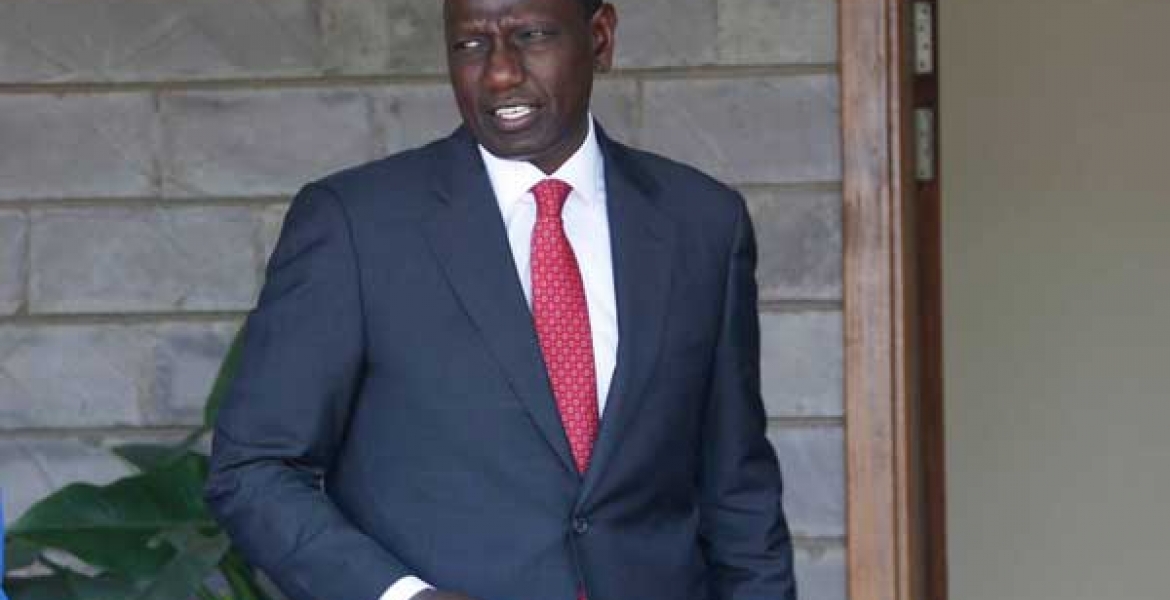 Deputy President William Ruto has withdrawn an appeal he had filed three years ago challenging a ruling in which he was required to pay Adrian Muteshi Sh5 million over a land tussle case.

The Jubilee Party deputy leader did not give the reasons that made him withdraw the appeal neither did he disclose if he paid Muteshi as ordered by the High Court. Muteshi was seeking a court intervention after he accused Ruto of taking over the land in which he had vacated in Eldoret following the 2007 post-election.

After listening to his case, High Court Judge, Justice Roselyn Ougo ruled in his favor ordering Ruto to pay Sh5 million as compensation to the farmer for unlawfully possessing 100 acres in Eldoret that belonged to the internally displaced man.

The Judge ruled that Ruto was a trespasser as the evidence presented before the court showed that Muteshi was the legal owner of the disputed land.

Aggrieved by the ruling, the deputy president filed an appeal arguing that he was not found to have committed any crime in the process of acquiring, transferring, possessing and owning of the disputed parcel of land located in Uasin Gishu County.

Ruto at the time argued that he would suffer irreparable injury if he paid the Sh5 million, urging the court to reverse the decision ordering him to pay the compensation.

That is easy for Arap Mashamba. He will just go to the hole where he buried his share of Eurobond, scoop up 5 mills and pay Muteshi; case closed.

This man has lots of skeletons in his closet and belongs behind bars - jail. In addition, he should be barred from going to any christian church because he impregnated a very young woman and has failed to provide child support.
I guess he represents the moral decadence of the jubilee alliance.

Just Google, " Martin Ngatia " on YouTube and learn how crooked the man is. He is not fit to hold any public elective office. He should also tell us all what he knows about the 2007 - 08 massacre in Eldoret.