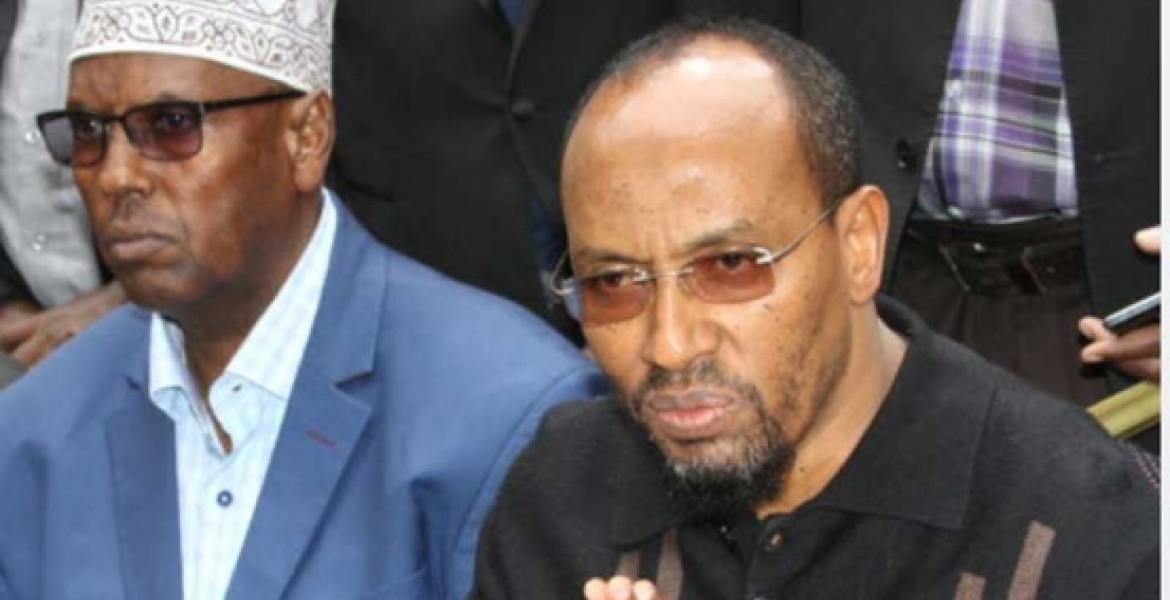 Just weeks after endorsing President Uhuru Kenyatta’s reelection bid, the Economic Freedom Party (EFP) has threatened to withdraw their support and back the opposition.

Led by EFP Mandera governor candidate Hassan Noor, the leaders accused the Jubilee Party together with IEBC of planning to rig them out in the August 8 elections, threatening that they will change allegiance and back the opposition.

According to the leaders, over 50,000 voters in their strongholds had been transferred to other polling stations in the country by the Jubilee party officials who were colluding with IEBC officials in an attempt to stop them from voting for Economic Freedom Party candidates, and favor Jubilee party candidates.

“EFP candidates Hassan Noor for governor, Hassan Osman for senator, woman representative, all six for National Assembly and 30 for MCA have been moved from where they registered to other polling stations across the country, making it hard for them to participate in the election,” said Noor.

Mandera Senator Billow Kerrow said that they were aggrieved by how President Uhuru’s party was treating them, warning that they will be meeting soon to review their stand.

“We are keenly watching, we have options and will not allow our votes to be stolen,” said Kerrow.

“We have not officially moved but were considering trashing the agreement with President Kenyatta’s party and joining the National Super Alliance.” Abass Hajir said.

You must be professor of doom aka fake news deliverer. You sound like you cannot wait for Kenya to burn. What a shame!

@GUEST1,If you have the evidence to your allegation,why not give it to the relevant authorities and that way you win some credibility.

Let us look back for a moment. Who was their political science professor who groomed them and made them to be who they are today? In case you have the " warthog memory - 15 seconds" you must have forgotten Dictator Kipkorios Toroitich Arap Moi. This is the man who ran Kenya like the former Soviet Union.

"Mtoto wa nyoka ni nyoka." These two former students (Ruto and Uhuru) are an exact copy of their professor. I have to complement them for perfecting the art of "bribery, corruption, and nepotism." It is reported that the massive looting of our treasury under their leadership, supersedes the total amount of corruption under the three former presidents: Kamau, "professor," and Mwai.

I would like to remind the non-warthog thinking people of Kenya that, had it not been for all our heroes of the second liberation of Kenya, the "professor" like his brother in Zimbabwe Ndugu Mugabe , and Ndugu Yoweri Kaguta Museveni , he would still be the president of Kenya!

As our heroes of the second liberation were being tortured and separated from their families, both Ruto and Uhuru were silent just praising professor by singing very loudly in order to please him:

They are very lucky that millions of the people of Kenya had the warthog memory. If they didn't have the memory of a warthog, neither Uhuru or Ruto would have been elected the leaders of Kenya.

Now that we know the amount of loot under their administration, I am just curious, I want to see whether the many millions of Kenya have changed from the mind of a warthog to something else better!