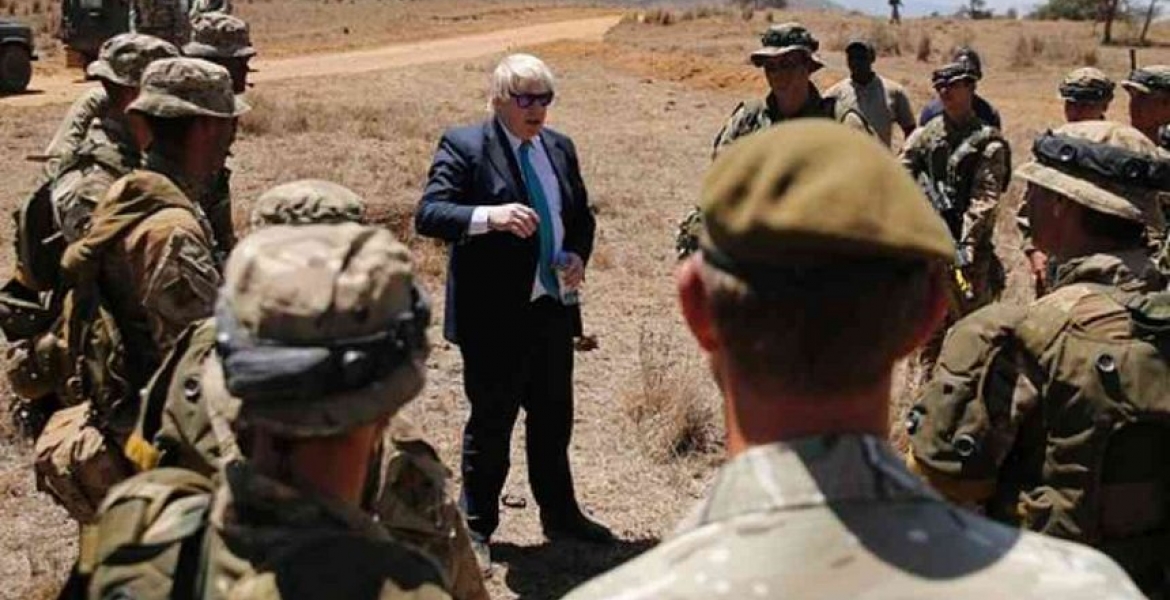 The United Kingdom has refuted claims that it plans to close a Kenyan training camp used by its soldiers following a land dispute with Kenya Defence Forces.

A section on media in Kenya had reported that the British Army was mulling withdrawing from its training base in Laikipia County and that the decision was to be made public later this month.

The reports came following a recent visit by British Chief of General Staff General Nick Carter to the 3rd battalion of the Paratroop Regiment that is presently training at Archers Post.

However, in a post via Twitter on Friday, British Army Training Unit Kenya said: "Some of you will have read reports that we might leave Kenya. These are just rumors and are untrue as far as we are concerned."

There were reports of Kenya Defence Force's insistence that the British Army should not be allowed to train on any private land and should restrict its operations to the land at Archers Post in Laikipia, a move that allegedly angered Britain.

KDF had in April directed Britain to cancel all leases with private landowners, it was reported. Official financial data indicate BATUK spends about £50 million a year (Sh6.75 billion) in Laikipia, of which £3 million (Sh405 million) of is spent on leases with ranches and rent to landlords in Nanyuki.

This colonialist need to pack n go!If u want to train in our country u do it according to our conditions otherwise ur free to go n find a base some where else stop threatening us with how much kenya will loose???Japan wants USA out of their base coz they have bin causing problems to Japanese.Yr soldiers cause problems in locals in nanyuki.Please. Uhuru send this colonialist parking.

Wrong reporting,whoever did it should be punished

Arap Mashamba and Company could pounce on this land if the British Army leaves. So stay tuned.

Guest1 he can then give u 1/2 acre so u can come back home instead of bootlicking the white fella.As u can see yr god raila jinga is bootlicking too his masters.If u see him tell him he needs to follow the constitution he was heavily involved in 2010.Otherwise we as GEMA community r ready for war n I mean a serious one then we will rebuild later.Nonsense ya hiki kijezee kidevowarshipa

Russia at play??? Be careful what you believe. Always pay attention to the 'source' of your information.