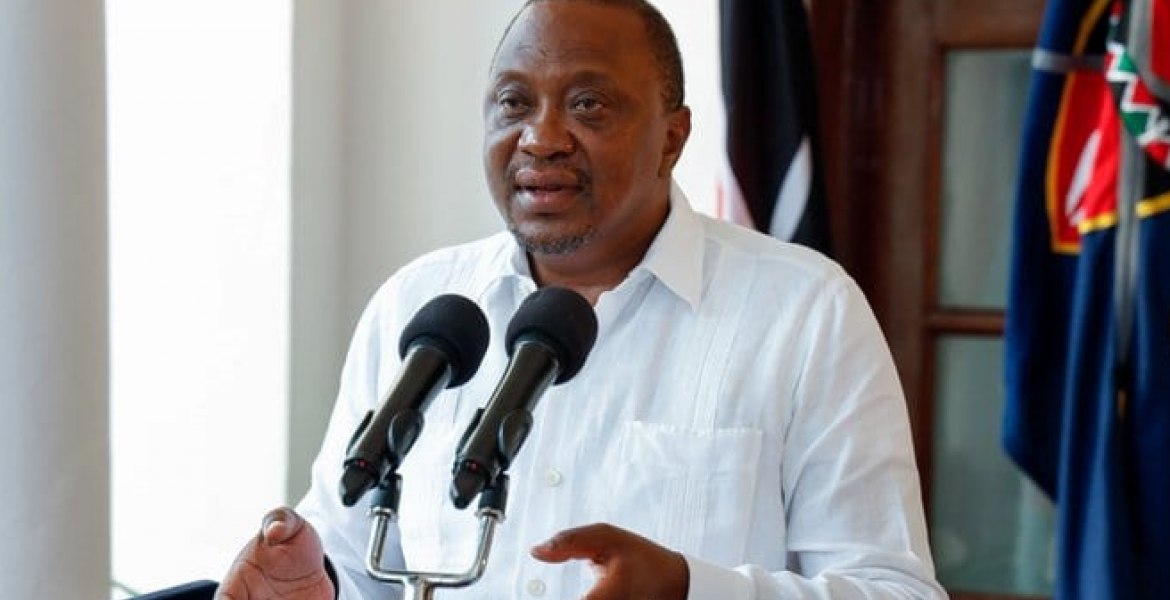 In the changes announced during his State of the Nation address at State House, Mombasa, Kenyatta appointed former Nyeri Senator Mutahi Kagwe as the new Health CS while Betty Maina was named the new CS in charge of Industrialization.

Rachel Omamo, who previously held the Defense docket, was named the new Foreign Affairs CS while CS Sicily Kariuki was moved from Health to Water ministry.

CS Peter Munya was transferred from the Industrialization ministry to replace sacked Kiunjuri at the Agriculture ministry while Monica Juma heads to the Defense docket from Foreign Affairs ministry.

CS Simon Chelugui, who previously headed the Water docket, was moved to the Labor Ministry. Labor CS Ukur Yatani, who was acting as the National Treasury CS following the suspension of Henry Rotich, has been confirmed to the finance docket.

The only thing Kiunjuri can show is locust and suffering farmers. His firing is a celebration to farmers. DPP needs to hurry up and open the Maize scandal case.

He looks like there is something happening to him. That puffy face. If I were him i would get checked out.

Very observant, @Guest#13. But it could also be something very simple, like an allergic reaction to something... a soap that he is using, or the humidity at the Coast. Allergies also have the same symptoms, but the only solution is to avoid whatever is causing it.

Please Mr. President, I have been cleaning toilets and bathrooms in the USA for a couple of years now. Can you create a ministry of Sewerage and Sanitation, then make me the CS. I see you are great at inventing ministries.

Water retention! means one of his organs is not functioning well; Probably the kidney or liver!
This explains his erroneous, unpredictable and always mad at the world demeanor! The pombe is slowly taking its toll! Its a matter of time! All will come back to wanjiku!

It could also be due to sleep deprivation or the effects of salt water at the coast and not necessarily organ failure. Symptoms are similar.

Women for Defense with and with very Limited or Borrowed defense Experience: No wonder Al-Shabaab is still giving KDF unstoppable Hell of time.

The Cabinet Secretary for Defense is a purely Administrative job. They just make sure that things like guns are delivered on time, and are paid for. The Commander in Chief of the Armed Forces, ie when, and how to use the guns, is the President, and the second in Command is not the CS, or even the Deputy President. It is the Chief of General Staff.

@kiunjuri says he can now serve the public in a bigger capacity elsewhere! “I’m not going anywhere, and if pushed I will bark - so says Kiunjuri!” Pure nonsense!

The man was give a ministry to deals with the cows, goats, sheep, maize, fish, and some monkeys along the way; but he was not able to even feed the monkeys!

And how do you expect such a man to take a bigger social/political role dealing with human beings if he can’t even feed a small goat, let alone a cow!

Kiunjuri should not deceive the people of Laikipia that he has some mojo left to represent them politically! He was fired simply because he was damn; always added 4 plus 4 equals 22! How pathetic!