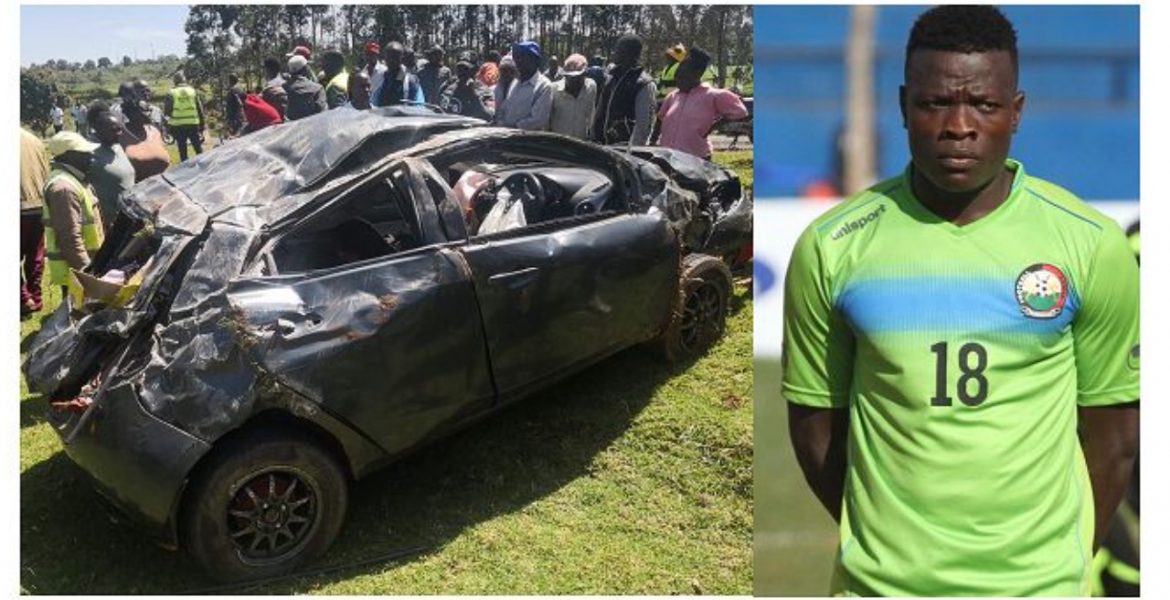 Matasi, 33, was involved in a grisly road accident at Lessos in Kapsabet, Nandi County on June 1st.

He was driving to Kakamega from Nairobi in the company of his wife, son, cousin, and brother-in-law. The vehicle they were traveling in rolled multiple times following a wheel burst.

The five occupants were rushed to a nearby clinic in an ambulance before being transferred to Kakamega County Referral Hospital for further treatment.

Matasi, who plays for St. George in Ethiopia, was treated and discharged after a few days.

His wife and son are still admitted at the hospital after they underwent surgeries, and it is because of mounting medical bills that the footballer has come forward to seek monetary support.

Matasi, who previously played for AFC Leopards and Posta Rangers, has been a key figure in the national football team.