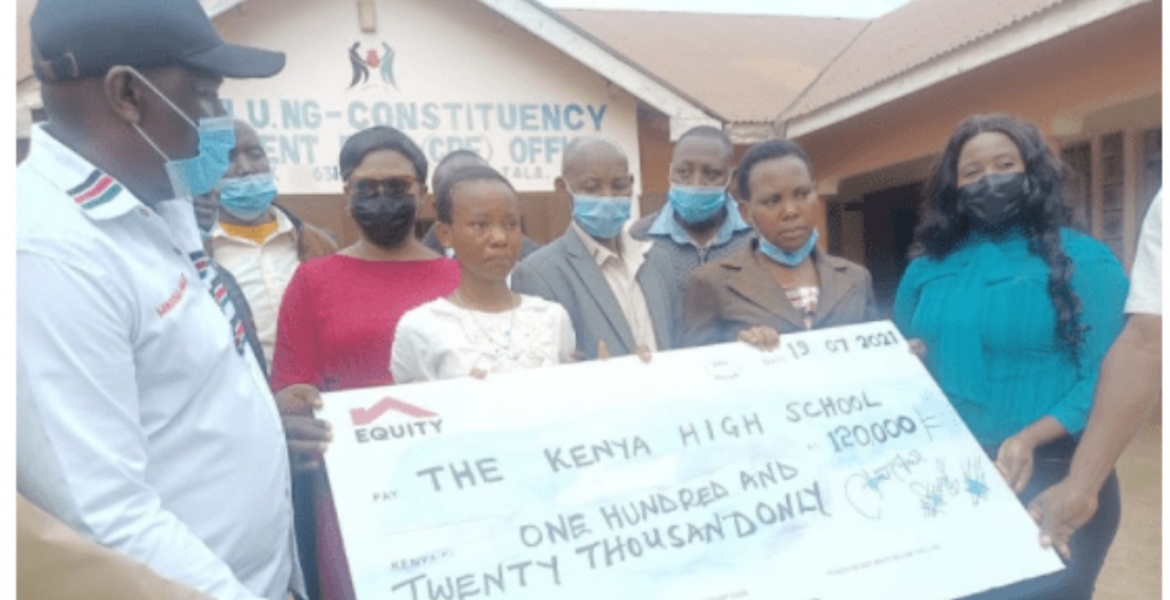 The 14-year-old received a Sh120,000 cheque from Matungulu MP Stephen Mule, who committed that NG-CDF will sponsor her education for the next four years.

“She is one of the best students in our constituency, we have agreed to sponsor her school fees in full for the whole year and the next four years until she completes her secondary education," MP Mule told journalists at Matungulu CDF office in Tala, Machakos County.

Her family had on Monday appealed to well-wishers to help them raise Sh120,000 required for her admission to Kenya High School on August 2nd.

Faith’s father Paul Mumo said he was unable to raise the amount after losing his accountancy job following the outbreak of COVID-19 last year.

The family of six has largely been surviving on the little money Mumo gets from farming vegetables and what his wife Flora Kathini earns from her tailoring shop.

Some corporates and prominent personalities had pledged to help pay the girl's fees but only former Starehe MP Bishop Margaret Wanjiru honored her pledge and sent a Sh26,000 cheque.

Faith was the best performing candidate in last year’s KCPE exam after scoring 433 marks out of the possible 500. She sat for her KCPE exam at Kari Mwailu day and boarding primary school in Makueni County and her dream is to become a neurosurgeon.

The 2 billion KSH stolen daily in Kenya is enough to educate every child in Kenya for free.
GREAT WE STILL HAVE SOME PEOPLE WHO FEELS THE COMMON MWANAINCHI'S PAIN.