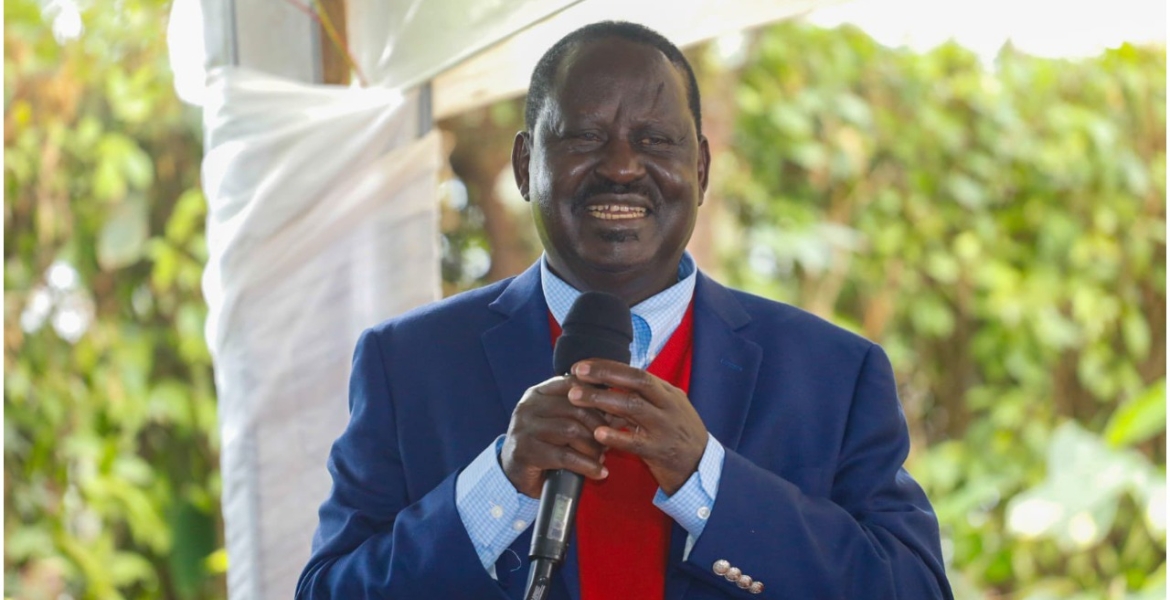 The motion to rename the busy road after ODM leader Raila Odinga was sponsored by Makongeni MCA Peter Imwatok, who doubles up as the Minority Whip in the county assembly.

Imwatok argued that deserving leaders such as Odinga should be honored while they are still alive.

He noted that Odinga should be honored for fighting for democracy, good governance, and the rule of law.

"He fought during this period for greater democratic space, good governance, rule of law, and development of infrastructure against many odds, including detention without trial for 10 years,” Imwatok said.

He further indicated that Raila pushed for the upgrading of Mbagathi Way during his tenure as Lang’ata MP and Minister for Roads and Public Works.

“We should appreciate deserving leaders while they are still alive rather than when they die,” Imwatok told the house.

Nairobi county executive for planning and urban housing is expected to appoint a County Addressing Unit comprising of members from the county and national governments to ratify the renaming of the road.

It will become the fourth road in the city to be renamed this year following approval by the county assembly.

In March, Eastleigh First Avenue lane was renamed Mohammed Yusuf Haji Avenue in honor of the Garissa Senator, who died in February.

Is Raila dead? Why is he getting the gift reserved for the dead?

After he dead that way no regrets

After he is dead that way no regrets

Where does it say you have to be dead before a road is named after you? Jogoo must be very dead

I also refer myself as Mimi and you are alive.Campaign to rename BAGATHI rd to RAILA rd started way back in 2008 at a Gikuyu radio station.This was after muuaji Raila cannibalized 1300 innocent Kenyans,98% of them being Gikuyu.Even the radio guy never knew why a small group of AGikuyu fans wanted the road renamed after Raila who had incited other tribes against AGikuyu in a 41 v/s 1 presidential campaign.The demon and some other fools believed and still believes you are in a position representing your tribe.

Iam not sure they have a way of picking out a name to be named after a road or facility,without leaving out an equally worthy name.Therefore cease this idea of naming buidings or roads after someone famous. We can honor them by giving the a certificate,or a plaque,as us is normally done. If I we also have a holiday for honoring such people.Dont we?Remember not all Kenyans can agree that Raila deserves his name on that road.We dont need to change a name of an existing road.That would be to disrespect the existing name.The only exception is if the name is controversial,offensive and divisive.
If someone wants to name a private road,that's fine.

After his name we should add 42 against 1,no raila no peace,people have to continue to die after every elections if I keep losing,stollen molasses de road,coup 82 inlvolvement,30 yr plus langata mpig not even toilet build n so on n so on.Kweli we the blacks r bewitched praising the corrupt thieves killers.why not name it kivutha kibwana,PLO,wangari mathai,ouko,All our althletics champions