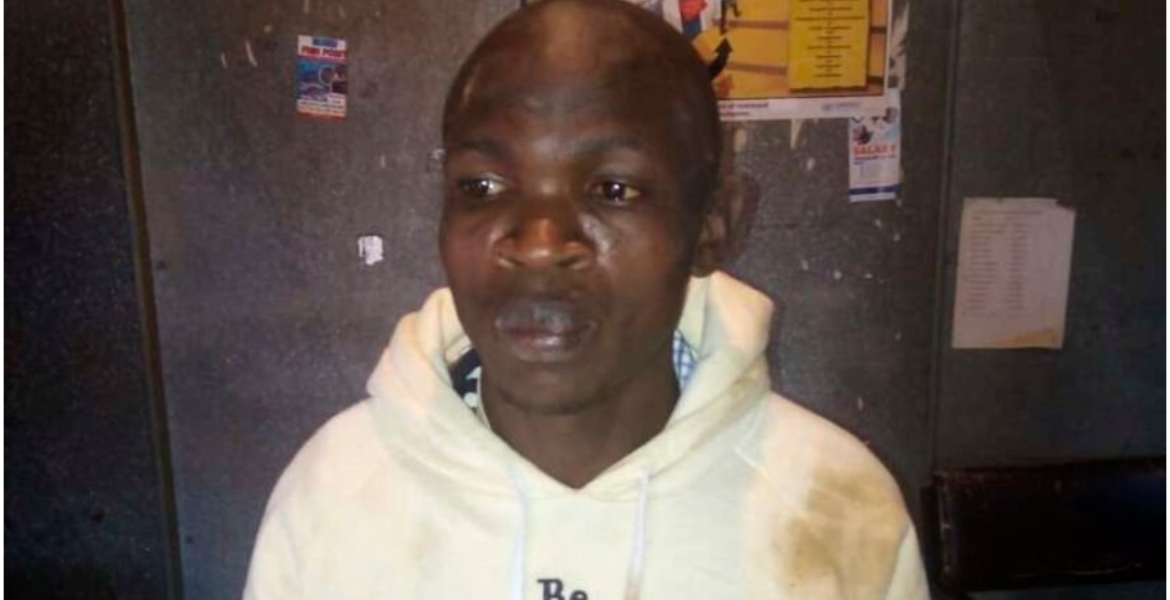 Suspected serial killer and rapist Paul Magara Morara has made shocking confessions to detectives following his arrest on Thursday.

The 29-year-old is linked to a series of attacks and murders of women in Ruiru, Kiambu County in recent months.

During his interrogation at Ruiru police station, the suspect confessed to killing and raping women and blamed a Nairobi church for his crimes. Magara claimed that the church paid Sh30,000 for every murder he committed, adding that he carried victims’ blood-soaked panties to prove he had killed.

“I was introduced to the church last year by a friend, where every killing attracted an instant pay of Sh30,000. I was told women were the easiest to kill,’’ he told detectives as quoted by Nation.

The suspect divulged that his first assignment happened last year at Kihunguro area on the Ruiru bypass, where he lured a young woman, booked her into a room, killed her, and chopped off her breasts.

“I was paid for the job and this inspired me to pursue my next target,’’ he confessed.

Police declined to disclose the identity of the city church so as not to jeopardize investigations. “A Nairobi church contracting the killer for pay is part of investigations,’’ Ruiru DCIO Justus Ombati said.

On Friday, Magara led homicide detectives to Watalaam area in Ruiru where he killed some of his victims.

“After the first killing, I got the urge to kill more. I became inhuman, where I spent most of the time planning how to kill,” Magara added.

In January this year, a young lady who worked at a hair company was found murdered at a local lodging in a similar style, moments after she was spotted with Magara. A few weeks later, another lady was found murdered in her rental house at Magorofani area of Wataalam.

On September 7th, the suspect allegedly broke into the house of two sisters aged 18 and 19, where he stabbed and left them for the dead. One of them is still admitted at Kenyatta National Hospital's Intensive Care Unit.

On Wednesday, Magara is said to have crept into the house of a couple when they were deep asleep, stabbing the woman in the neck before vanishing. The 22-year-old lactating woman was rushed to the hospital, where she is currently recuperating.

Police in Ruiru launched a thorough comb of the area and managed to arrest four suspects and recovered a mobile phone belonging to one of the sisters attacked in the September 7th incident.

Upon interrogation, the suspects identified one of them Moses Moogi Okemwa, 25, as an accomplice of Magara.

On Thursday morning, detectives who had camped near the house of Magara's brother ambushed him as he headed to have breakfast at his kin's place.

Magara was carrying a backpack containing a hammer, seven female panties, and an electric bulb holder.

Police declined to disclose the identity of the city church so as not to jeopardize investigations. “A Nairobi church contracting the killer for pay is part of investigations,’’ Ruiru DCIO Justus Ombati said.What difference does it make really?If the church is implicated in this crime,evidence will show one way or another. In my opinion,the police should name the church.
This killer say that he developed the urge to kill.Unbelievable.Obviously he has no respect for human life;Meaning even his life.Unfit to live.

Police or detectives do not divulge information for security reasons and also not warn the suspects that they are under investigations. You should watch Forensic Files show to understand better

I a not surprised. Kenya is a land of contrast where unbeliable things happens. There is Heaven's Gate in Nakuru County which continues to do the same thing at impunity. It sacrificed former Local goverment Minister's son two months ago in a series of sacrifices that takes place there on monthly basis but nothing happens to it. That Heaven's Gate Church was banned in America 17 years ago for killing 39 people but in Kenya where a live of a cattle is more worthy than that of a human being(Nanyuki) the cult still operates unabated