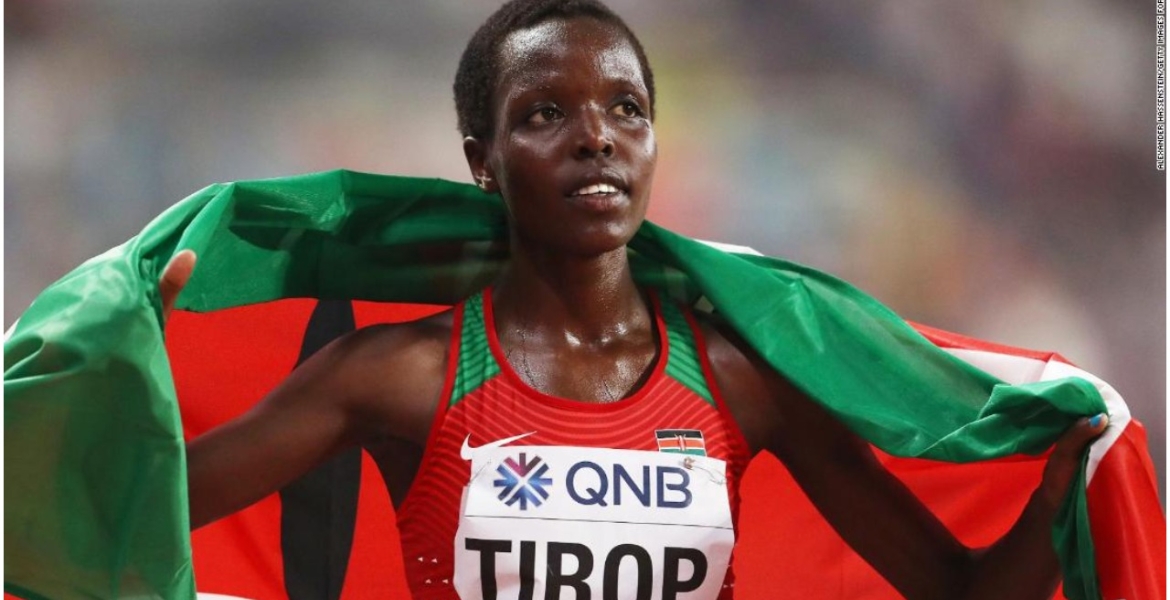 Detectives have arrested a third suspect in connection with the murder of Kenyan Olympic star Agnes Tirop.

The suspect whose identity is yet to be revealed is believed to have crucial information that can aid in investigations. The other two suspects include Tirop’s husband Ibrahim Rotich and his friend John Kipkoech Samoei.

Rotich, who is the prime suspect in the athlete’s killing, was arrested in Mombasa on Thursday trying to flee to a neighboring country. He is believed to have killed the two-time World Athletics championships bronze medallist by stabbing her before going into hiding.

The lifeless body of Tirop was found lying on her bed on Wednesday morning in her home in Iten, Elgeyo Marakwet County.

Keiyo North sub-County Police Commander Tom Makori said detectives are seeking to interrogate a woman who was spotted at Tirop’s home a day before her body was discovered.

“Detectives have had statements from multiple witnesses including friends of the two, which have aided our investigation. Positively identifying the woman won't be an issue," said Makori.

“Now that more people including the prime suspect have been arrested, they will assist in exposing images on the CCTV cameras and facilitate conclusive investigations.”

Tirop represented Kenya in the 5,000 meters at the Tokyo Olympics two months ago and finished fourth in the finals. Last month, she shattered the women-only 10km world record in Germany, crossing the line in 30:01 to shed 28 seconds from the previous 19-year record held by Morocco’s Asmae Leghzaoui.

She is set to be laid to rest on Saturday in Nandi County.