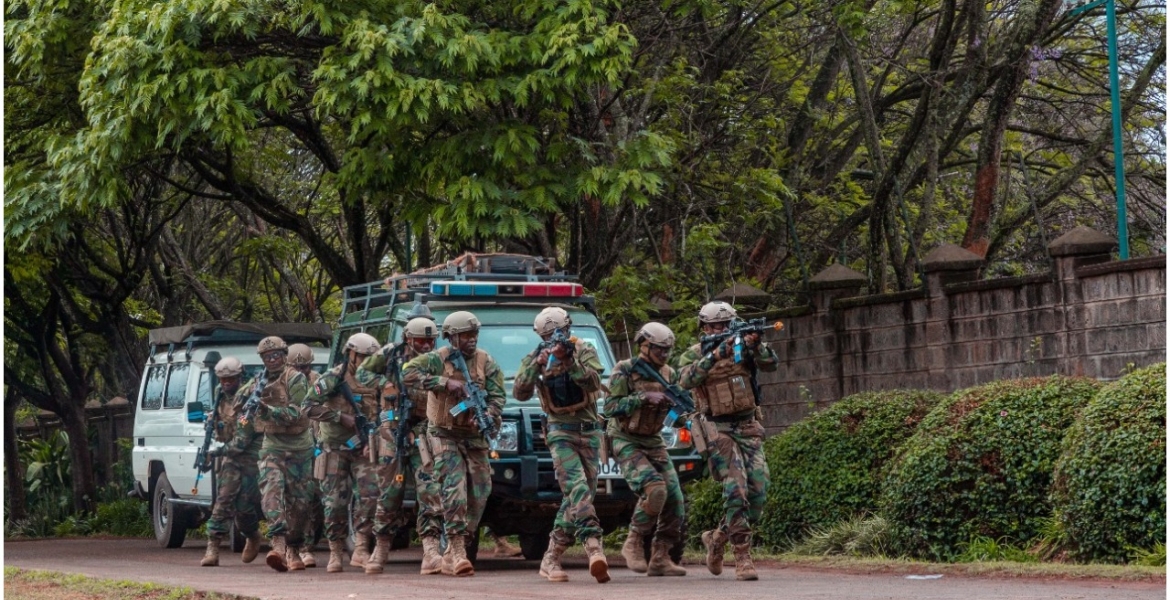 Kenya and the US Embassy in Nairobi on Saturday carried out a joint terror drill to test preparedness.

The exercise conducted at Rosslyn Academy in Gigiri, Nairobi is part of wider efforts to step up Kenya’s readiness and interoperability amid rising terror threats globally.

The drill, which was characterized by simulation of gunfire and explosives, was done in partnership with Aga Khan and MP Shah hospitals where ‘victims’ were rushed for emergency treatment.

“The objective is for readiness. It’s the sixth time we have done this, every time we are evaluating response times, capabilities, and interoperability of first responders, law enforcement, and this is led by the SPEAR team which is a specifically designed group of law enforcement folks who protects diplomatic facilities and personnel,” US Embassy Spokesman Andrew Veveiros said.

The mock exercise started with heavily armed ‘terrorists’ taking control of a van and forcing their way into the school after attacking the security guards stationed at the main gate.

A heavy exchange of fire between the officers and the attackers ensued as more bombs went off inside the school.

More rapid response teams were deployed to the scene to provide backup for their counterparts as the attack continued.

They were followed by another team of Bomb Disposal Unit officers who used a remote-control robot to inspect the vehicle that had been used by the terrorists before entering the school compound, where the attack was active.

The simulated exercise also involved the evacuation of casualties to local hospitals and emergency rooms, which aimed at enhancing the abilities of first responders in handling such situations.