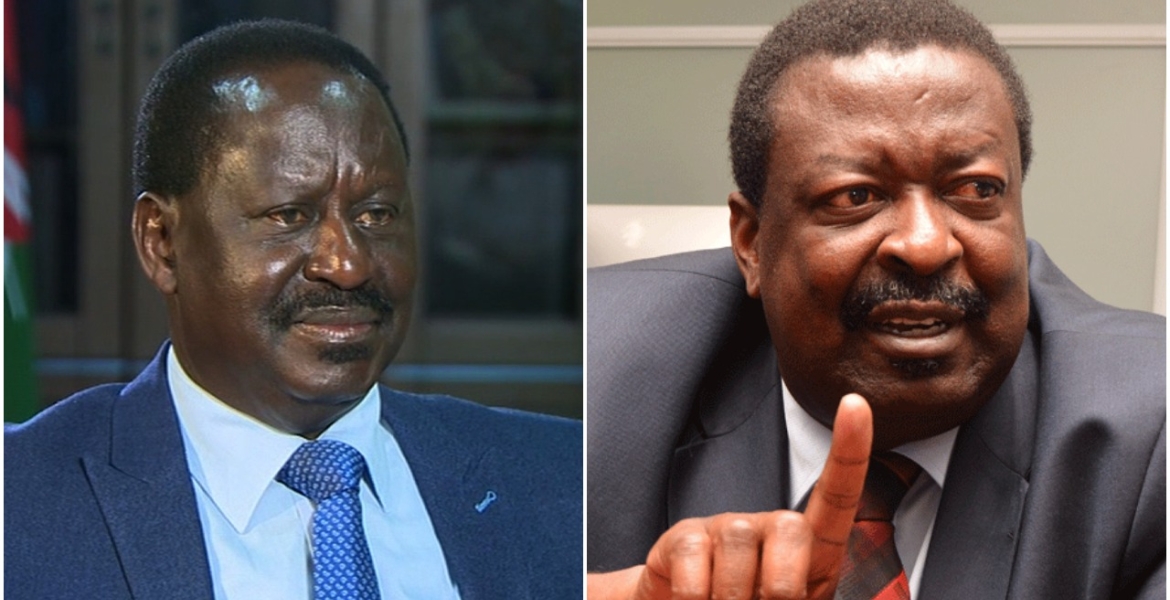 Speaking on Sunday during a church service at Quakers Friends International Centre in Nairobi, Mudavadi termed Odinga’s promise as a lie to lure voters, stating that it is “practically impossible."

Mudavadi, who is eyeing the presidency in 2022, noted the social protection program would increase the taxpayer's burden if implemented.

"How can these politicians, where you are promised a social welfare economy model by getting Sh6,000, where is that money going to come from, this is a lie to lure voters, but it cannot be implemented and if it's achieved then tax will be increased on you Kenyans," Mudavadi stated.

He further urged Kenyans to be wary of bribery, handouts, and empty promises that are unlikely to be fulfilled.

"As we approach the next general elections, we must give this country what is good, we must not be convinced by handouts, bribery, or by sweet words from politicians who promise you things that are practically impossible," he added.

Raila has stressed that the social welfare program will become a reality under his administration if he wins the 2022 presidential race, saying he will seal all corruption loopholes through which Kenya loses nearly Sh1 trillion annually.

He explained that the initiative, which will be rolled out as a direct cash transfer program, will be given out monthly to two million of the poorest households.

The program will integrate the existing social protection programs, such as Inua Jamii, which Raila said consumes Sh37 billion annually.

“We would add about Sh100 billion to this and expand it to include the poorest of the poor. And nobody should lie to Kenyans that taxes would have to rise for this to be realized, far from it,” Raila said.

Odinga said the cash transfer program would run hand in hand with investment in long-term measures to create jobs, reduce the cost of living, and secure businesses.

The old man thinks we the youth r stupid and dammm.Him n his bratha uhunye tried to do the same hullabaloo in BBI by proposing holiday free tax,No helbs n other useless lies.So mzee Rao just wait 2022 we send u straight to bondo ukapumzike.

Mudavadi this is achievable if corrupt is wiped out Employment opportunities created only those with Zero income..no cow no goat no chicken no farm or kashamba/plot maguta maguta.. can get the 6k. boost as program rolled to get them income.

What has Mudavadi said all along while he and other mpigs add perks to their salaries and benefits? When you want to give something to the poor, it is not workable. When you give to the already rich, it’s doable. Mudavadi, you can’t argue from both sides of the mouth.

Muuaji Raila should start wiping corruption by demanding refund of bribes he paid majambazi Wako & Tobiko to escape justice for cannibalizing 1300 Kenyans in 07/08 PEV.Then he either resurrects the 1300 or face the law.

Musalia Mudavadi, is telling us what we've already said.

MDVD is have by a cow because he can’t get 1/2 a million votes! What is it not doable MDVD? Even your last born child knows better!!

Raila and socialist ideals he never matures from. Growing the economy and ending borrowing and corruption must be top priority. Give old folks stipend and kazi kwa vijana zero interest loans to those for biz.