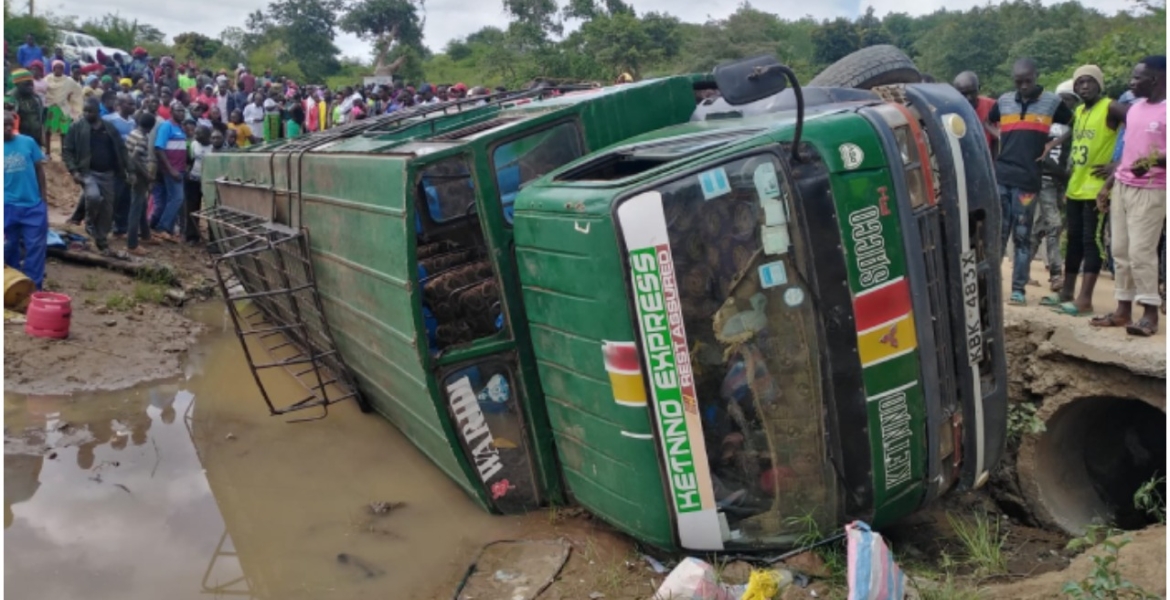 11 people lost their lives after a bus they were traveling in plunged into a river in Embu County on Tuesday.

The ill-fated public service vehicle was heading to Siakago within the same county when the accident occurred at around 8:30 am.

While confirming the accident, Siakago OCPD Kivinda Kilonzo said the bus plying the Kirie-Siakago-Nairobi route ran out of fuel as it went uphill just after crossing the Thura bridge.

The driver stopped and went to buy some fuel, leaving passengers in the vehicle. He came back and refueled the vehicle but when he tried to reignite it, the bus began plummeting downhill.

Efforts by the driver to stop the vehicle were in vain as the brakes failed and the bus plunged into River Thura.

11 passengers were confirmed dead while scores others were injured and are currently receiving treatment at Siakago Level 4 and Embu Level 5 hospitals.

The bus didn't have a working gas gauge or what?

Fake driver made too many mistakes. 1 . Not adequately fueling the bus before the trip.
2. Not putting chokes in place.
3 . Not priming the bus after refueling
4. Putting too little fuel uphill.