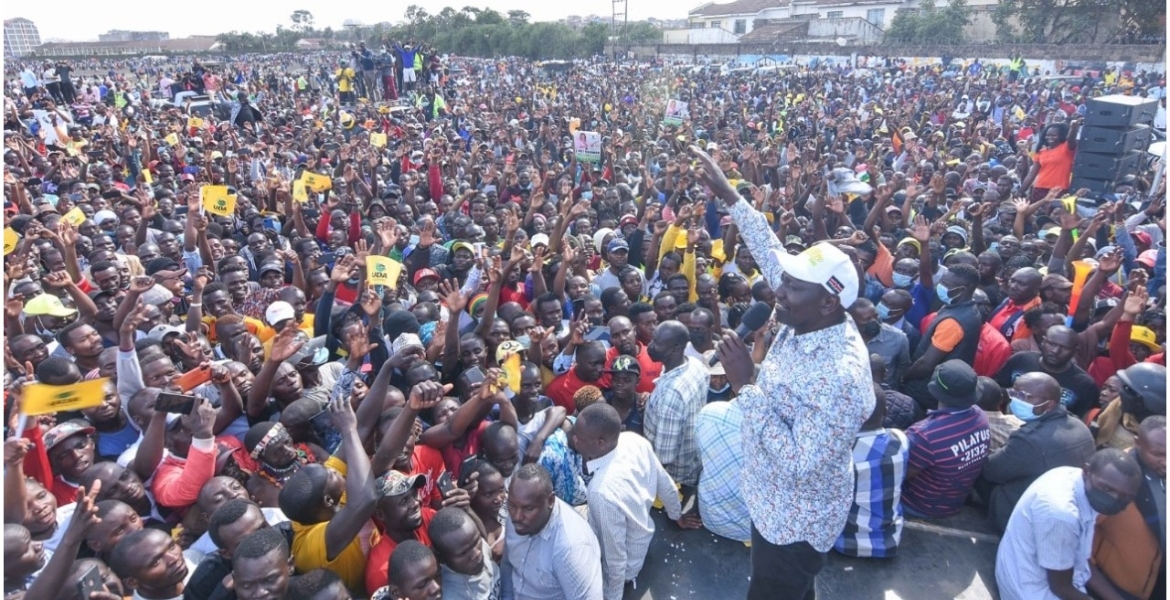 UDA chairman Johnson Muthama claims the stone-throwing youths were paid by Raila Odinga’s ODM party to cause chaos during the meeting held at Jacaranda Grounds in Embakasi East.

Muthama noted that the Odinga-led party has demonstrated that it will employ violence as part of its strategy to win the forthcoming elections.

UDA wants the Interior Ministry and the National Police Service to investigate the incident and prosecute those responsible.

"Kenyans are watching to see whether Interior Cabinet Secretary Fred Matiang’i, who has publicly supported Raila Odinga quest for the presidency will drop his political hat and act to save Kenyans from his political master’s crusade for violence. This trend is not acceptable,” added Muthama.

The meeting was temporarily disrupted as anti-police lobbed teargas to disperse the rowdy mob. Ruto vowed to do away with the culture of violence and throwing stones if elected president on August 9th.