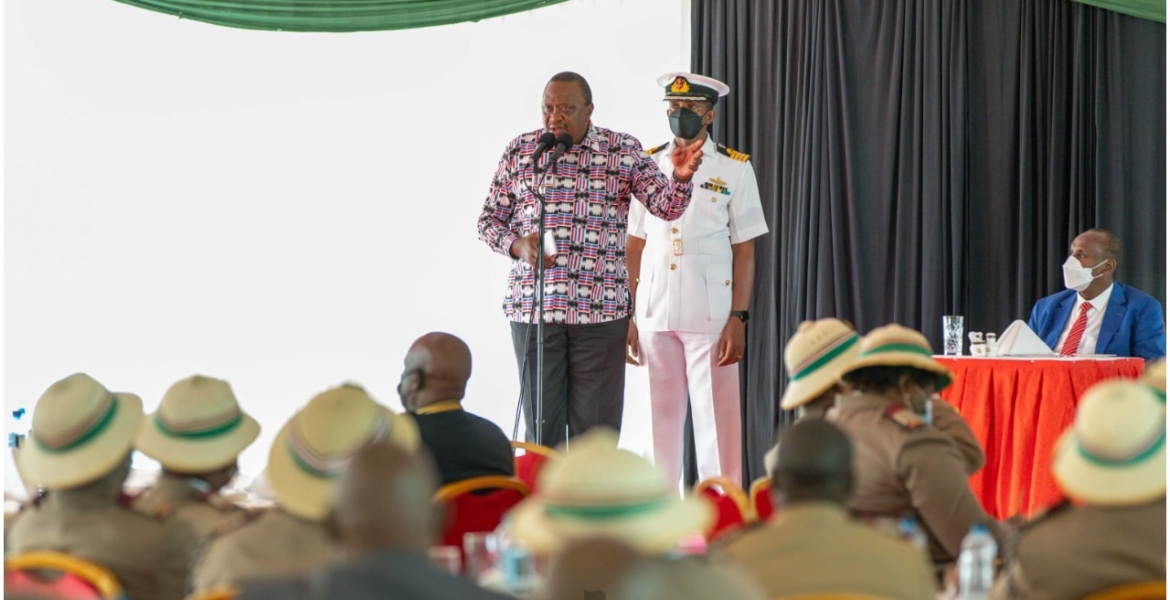 President Kenyatta on Friday held a meeting with senior security officials amid warnings of possible terror attacks in Kenya.

The meeting bringing together security chiefs drawn from the National Government Administration Office (NGAO) and the National Police Service (NPS) was held at State House, Nairobi.

The meeting comes in the wake of terror alerts issued by France, Germany, the Netherlands and the United States, warning of possible terror attacks targeting foreigners in Nairobi.

The French government on Thursday warned its citizens and expatriates from other Western countries to avoid public areas and crowded places it classified as possible hotspots. They include hotels, restaurants, leisure spots and commercial centers in the Kenyan capital.

“People in Kenya are advised to exercise extreme vigilance and avoid frequenting these public places in the coming days, including this weekend,” France’s Ministry of Foreign Affairs in a statement.

The German and Dutch embassies in Nairobi also issued a similar warning, asking their citizens in Kenya to pay special attention when out in public and be alert over the next few days.

On Friday, the US embassy in Kenya urged its citizens to exercise vigilance in public places frequented by tourists.

Police have beefed up security in Nairobi and other major towns in the country following the warnings. The National Police Service has urged the public to remain vigilant and report any suspicious activities.

Just know All you write in emails , social media somebody reads them..
MAILING A LETTER ON FEDEX IS MORE SECURE INFORMATION

Do we have to wait until the WEST tells us about potential terrorist threats before we act??
Or Are we too busy RAPING and EATING KENYA??
SHAME ON US.

Kora, unfortunately we are led by incompetent people. All they think is steal and still steal. They don’t care about servellance or care about “chatter” like they call it in the US and Europe

France started this BS. They belong in west Africa. Kick the French ambassador out as a lesson. If you have info you pass to the host government, not go behind them and scare people.