NCIC Pleads with Uhuru, Ruto to Stop Creating Tension Ahead the Upcoming Elections 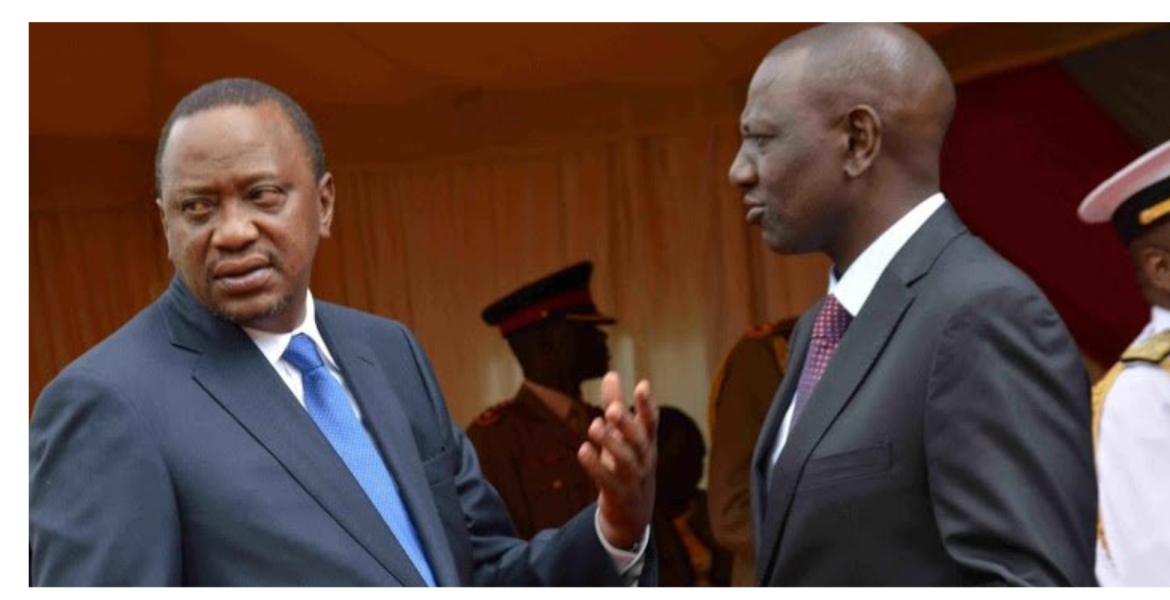 The National Cohesion and Integration Commission (NCIC) has appealed to President Kenyatta and Deputy President William Ruto to stop creating tension ahead of the August 9th general elections.

Citing the recent public exchanges between Kenyatta and Ruto, NCIC Chairperson Prof. Samuel Kobia warned that the actions of the two could undermine the country’s quest for a peaceful election.

“His excellency the President and Deputy President, all Kenyans are looking up to you to provide a situation in which tensions will not be high and where Kenyans can really see that our leaders are helping us to move towards a situation where we have a peaceful election,” Kobia said on Saturday.

Last week, President Kenyatta accused the deputy president of double speak and telling lies to gain political mileage ahead of the forthcoming elections, adding that he is unfit to succeed him.

But in a rejoinder, Ruto asked the president to stop meddling in his political affairs and let Kenyans choose their next leaders without threats and intimidation.

“You should not be a source of threats rather than a uniting factor as you are going to retire. I’m not a man to be threatened, but if you don’t want to support me, please stop talking about me, talk about your Azimio presidential candidate,” Ruto said in Kapsabet.

“I have heard you issued threats and mentioned my name, please leave me alone and allow me to square it out with Raila who is my competitor on the ballot. With a lot of respect, please be a decent human being, be a gentleman, have some gratitude because we are the ones who helped you, stop this pride and threats” he added.

I don’t see anything inflammatory in their remarks. Normal campaign drama. No one is inciting violence.Gotta grind the last stretch.

Me Kobia, where were you when Ruto was lying about the president and the government in the past 5 years? How come you did not step in abd tell Euto to stop the nonsense? You cant allow Ruto a compulsive liar to insult the president for years but now you have just realized it might affect peace when Yhuru sets his record straight.

Please Kobia leave Uhuru alone to defend himself and the record of the work done. Ruto must be countered and stopped. Go to talk to Ruto Kobia and tell him to stop his whining antics.

Uhuru had to defend himself from this monster ruto. Did you hear Uhuru insulting Ruto Kobia! Shenzi wewe kubafu!

Ruto is fighting a war he cannot win. Uhuru is a distraction. Focus on Raila.

Unfortunately many have misunderstood Uhuru’s political game of gently and kindly pushing Ruto to a melting point. He want Ruto to appear angry and silly so that the voters can say ruto is immature and he soes not have the caliber of being a president. Uhuru’s well calculated game is working very well because Ruto is so blind to see what is happening to him. .

Mulevi wa Njohi is a violent man whose reign of terror is coming to an end after ten years! I bet Mlevi wa Njohi has murdered more Kenyans than the last three presidents combined!!!

Mlevi wa Njohi is just depressed about the reign of terror coming to an end!

As the saying goes, every dog has its own day, and it’s time for another dog, a good dog!!!

Where was NCIC when Ruto was pontificating as he leveled insults on Uhuru, Karua, Raila, Ngilu, Wamalwa, etc? Kobia, you are just a Johny come lately to stop Ruto from his nonsense.

Those aggrieved by Ruto including the president must fight back to tell the truth about Ruto in public forums. Wacha kiumane Kobia because you have been sleeping in the wheel. Kobia should not be talking to Uhuru. It seems tgat Kobia approved of Ruto’s madness because he has never said anything fir over five years ruro has abused the president.

Let the bulls fight Kobia. You more guilty than wsr who started the whole mess. We will take sides on the morning of 8/9/2022 as we vote to send Ruto to Sugoi. Ruto has been insulting every body and their mothers while you were away Kobia.

Wacheni Ujinga Kobia. I have personally been wondering if you died or been hospitalized in the oast several years.

These two needs to go back to HAGUE like yesterday, they belong to jail! They shouldn’t have been let go if Bensuda was competent!

Tensions are running high in the country and God you know we wouldn’t survive another PEV!! Inflation is through the roof, recession is palpable, food insecurity is real, droughts almost everywhere! Kenyans, let’s unite and be smart, ni sisi tutaumia, si wanasiasa with choppers hovering around!

Both Ruto and Uhuru need to go.

If I were unyatta I would shut up and leave the people of Kenya to choose. The more he opens his mouth the more voters see his hatred for his deputy and the more the people turn to the deputy. Gutiri na mutu waigana Kenya that’s what we want him to be fighting for as hunger and inflation grip the nation. mr president house has enough food to the tenth generation while you shouting nonsense as voters starve. Even githeriman is super broke and hungry despite lining up for you to beat your now favorite

You reason like a chicken seller fool. That thief you sre defending is on his way to Sugoi. Did you just wake up from death 💀 to just realized Ruto’s insults to the president? Ruto is a very angry snd bitter man.

we want to know who is bigger cock.TWO COCKS DONT STAY SAME HOME

The NCIC warning is not coming out because WSR has been allegedly been bashing Uhuru for the last few years as some politically naive individuals have stated here and elsewhere. The epitome of it is attracting attention just because the person who is supposed to be beyond partisan, beyond muchene, the leader and the unifying factor has failed. In fact it’s the Uhuru who is cooking all the dangerous political tensions in the country.
Glad that his ICC case is still open. And eve if it’s not we as private citizens will institute it when his political tribal insurrection takes its tol on human life.