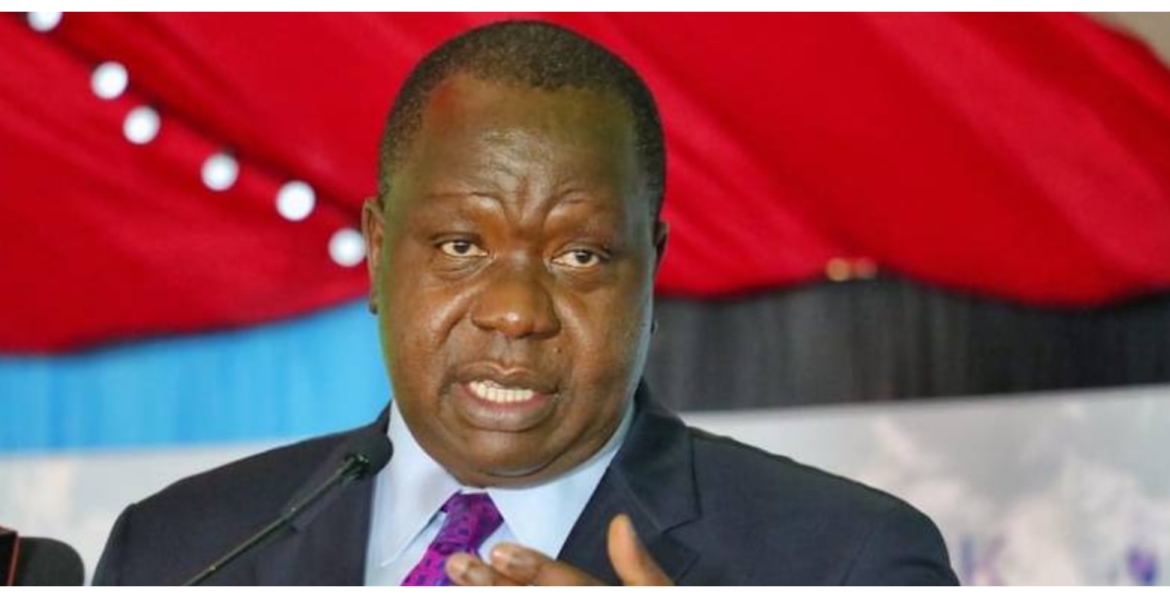 Eight suspects have been arrested in connection with the hate leaflets warning some communities to leave Uasin Gishu County ahead of the August 9th general elections.

Speaking on Tuesday, Interior Cabinet Secretary Fred Matiang'i said a security review is ongoing to address the growing tension in two regions of the Rift Valley, adding that the National Security Council has ordered the deployment of more resources.

"We have eight suspects who we suspected of sharing the leaflets and they should be taken to court, none of those people are employees of the president," Matiang’i stated.

"I confirm that the national security council has ordered more resources, you will see more of our security teams in Molo, Kuresoi, Nessuit just to be ready to rise up to any challenge," he added.

He indicated that security patrol will be heightened at the Uasin Gishu and Eldoret borders including deploying additional aerial resources, if any challenges arise.

While reiterating the government’s commitment towards ensuring peace during and after the elections, Matiang'i said each county and sub-county has a region specific multi-agency elections preparedness committee tasked with overseeing peaceful elections.

A multiple command centre has also been set up in Nakuru.

Lock them up!! There’s no room for tribal shenanigans - period!!

LUOs have Already began Getting out of Eldoret. And it's Because right now Eldoret is Beyond ANGER Management. Their Boiyot👺 has Already BAPTISTED the Town with his ANGER👹. If he Slapped RUBEN Chesire, who Would the LUOs🤠🤠🤠 think They're? GOLIATHs????

This evil man from Surgoi is behind the Agīkūyūs people suffering in the Rift. Absolutely no value for human life including that of his children as long as the end justifies the means. The government should monitor him closely and separate his children from him because he is out to get sympathy votes. It is all coming to an end in a week and presidential swearing in ceremony of RAO is underway.

The culprit is none other than wsr! He publicly lied in a public rally that Uhuru wanted to kill him and his family.

So that was a coded rallying call to the kalenjins to come to his aid. He even told them not to be afraid (misitishwe). He also said he was a mukristo to garner the sympathy of the church goers.

The only good thing going against Ruto is the currently on going case in the icc. That is the only thing holding Ruto back from destroying our country.

It was just a matter of time before ruto showed his true colors!
Are these his Youth for Kanu ‘92 remnants, or new recruits??

MP Kimani Ngunjiri should also be arrested for inciting people in Nakuru.