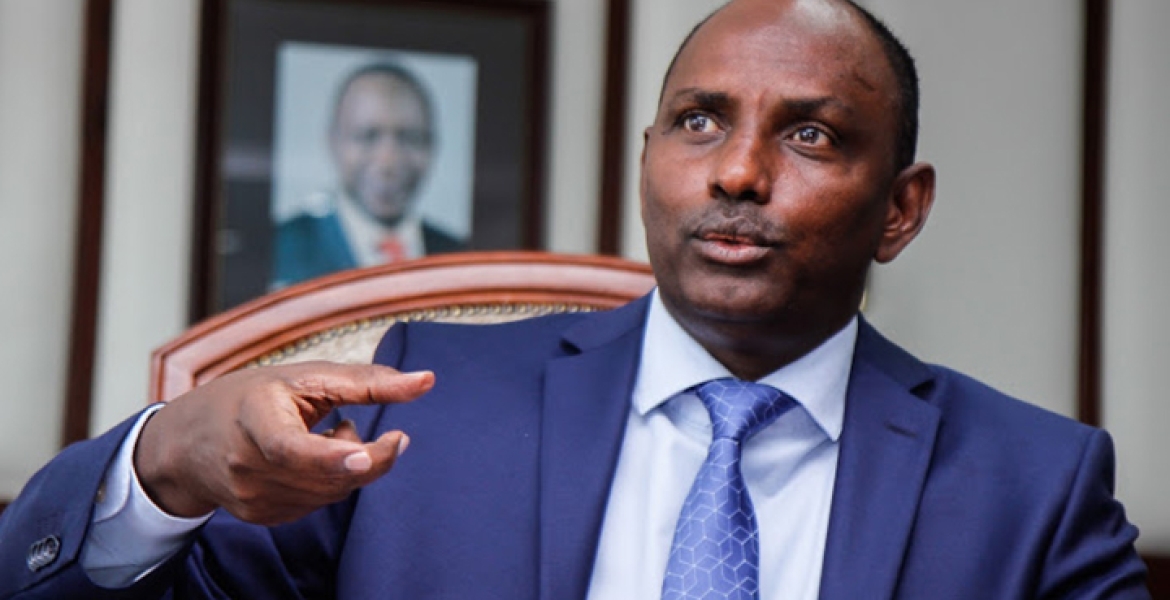 Nandi Senator Samson Cherargei claimed that Ruto, who took over as the country’s fifth president on September 13th, found only Sh93.7 million in the Treasury savings.

"The economy is no longer in ICU But Death because H.E Ruto found only 93.7M at the treasury, Uhuru went home with everything. State Capture is REAL! The country is broke Kenyans be patient H.E Ruto shall fix this through economic transformation & Prayers from all of us. Amen," Cherargei said in a tweet.

In an interview with NTV on Sunday, Deputy President Rigathi Gachagua urged Kenyans to be patient with the Kenya Kwanza administration, saying that they inherited a “dilapidated economy.”

“We have inherited a dilapidated economy. We have found empty coffers. There is barely any money in this country and we are starting from scratch,” said Gachagua.

But addressing senators at their ongoing induction retreat in Naivasha on Thursday, CS Yatani termed the allegations as utter ignorance, adding that those peddling the lies do not understand how the Treasury and the government operates.

“Sometimes we as leaders argue out of ignorance. Immediately after the election, some leaders were saying the Treasury did not have money, it was Sh92 million that was found. I feel very sympathetic because there is a lot of ignorance about the situation,” said Yatani.

He added: “Government does not collect money, store it in one place and then distribute it after one month or year, we raise revenue on a daily basis and fund the government on a daily basis.”

He also sought to explain the disbursement delays witnessed in recent days in the counties, saying that this was as a result of low revenue turnout across the country.

“There are a number of competing needs so the performance of revenue can sometimes be challenged whereby you make a projection to raise a certain amount of money and end up raising less. The low revenue raised nationally impacts our disbursement not only in the counties but also to the rest of the government,” he added.

Yatani is used to big money borrowed and distributed into a budgeted departments. Kenya has to live on hand to mouth economy. Waiting for daily tax collection to be able to spend.
The government is supposed to be having lots of money in that same account where 93 million was stored.
The minister has actually confirmed to us that the economy is so bad that despite 93 million being stored somewhere, the government is only waiting for daily tax collections to be able to run.

I beg to correct CS here it's not only leaders act out of ignorance but most Kenyans. Government operates like a business. If you go to a shop when it open chances are no cash but at the end of day there's money. People pay taxes on daily basis and government spends daily. Unlike individuals government doesn't have savings account

Ksh 93 Million is the only money that was available for them to steal.

Where are the Kenyan economist to advise the DP. Even developed countries have debt.

Ha!Ha!Ha! So these fools ran for office with promises of piles of cash that they can stuff into duffle bags at the treasury, and take home!
Then when they don’t find the stash, they’re here crying foul coz now they realize the hard part is actually running a country! Not electioneering!!