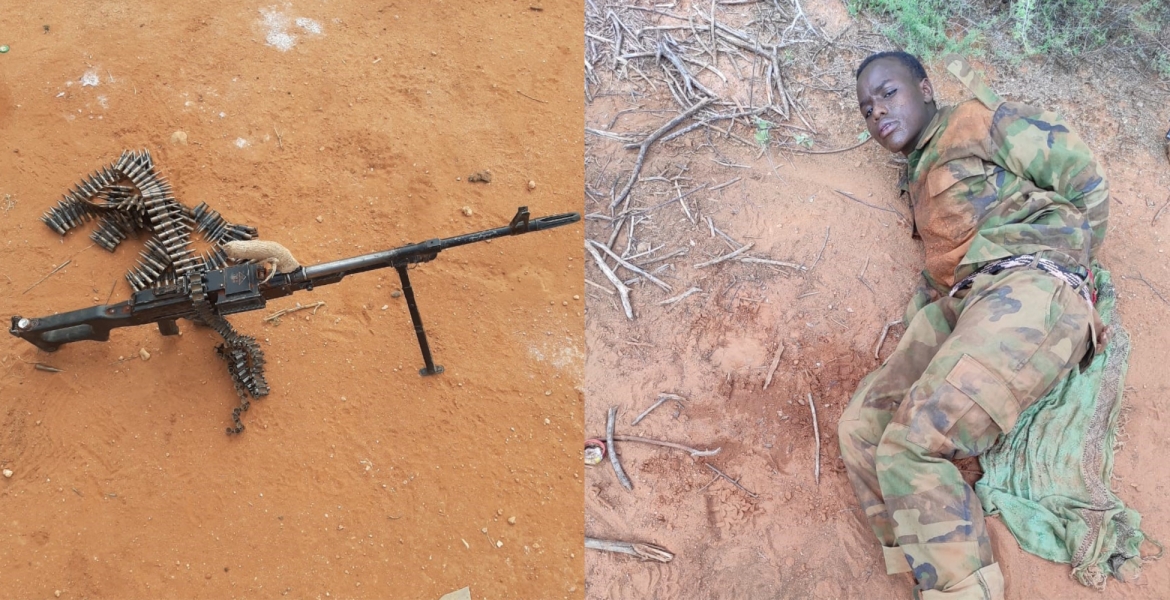 This is after a multi-agency security team raided an Al-Shabaab camp in Sedahgose in Garissa, according to Counter Terrorism Policing.

The officers neutralized 12 of over 30 militants in the camp while others escaped to Somalia with injuries.

One militant was captured alive while one improvised explosive device (IED), one PKM machine gun, and one AK47 were seized following the operation.

The officials were on a routine assessment of the Lamu Port-South Sudan-Ethiopia-Transport (LAPSSET) Corridor project when the vehicle they were traveling in blew up after running over an Improvised Explosive Device (IED).

Police said three bodies were recovered at the scene, while the fourth is suspected to have been annihilated in the wreckage of the blast.

For years, Al-Shabaab has staged several attacks within Kenya to pressure the country into withdrawing its troops from the African Union-mandated peacekeeping force helping Somalia's central government fight the group.

The group has been fighting for more than a decade to topple Somalia's central government and establish its own rule based on its strict interpretation of Islamic sharia law.

Congratulations Kenya security forces. Could have been really greater news if all the 30 thugs had been annihilated. I hope those cowards who ran away leaking wounds make hyenas laugh all the way to their dens after a hearty meal.