Iman Who Unknowingly Tied the Knot with Fellow Man Suspended 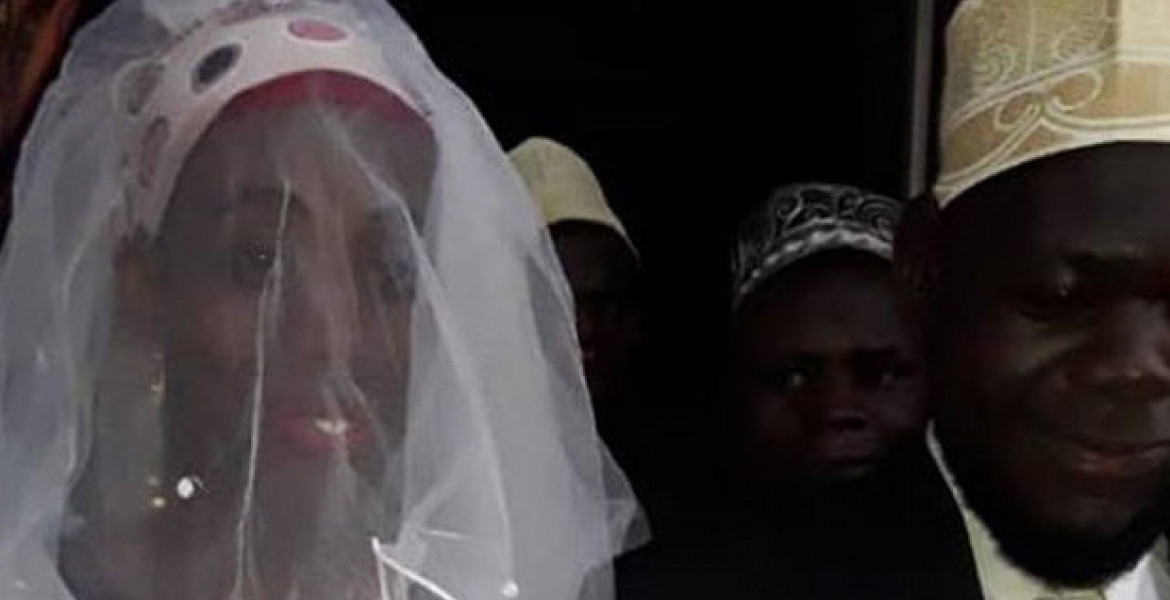 A Ugandan Imam who unknowingly married a fellow man two weeks ago in an Islamic wedding has been suspended.

27-year-old Sheikh Mohammed Mutumba, the Imam of Kyampisi Masjid Noor mosque in Kayunga District, Central Uganda was suspended in a bid to preserve the integrity of the faith, according to regional Kadhi Sheikh Abdul Noor Kakande.

Mutumba tied the knot with his ‘wife’ Ms. Swabullah Nabukeera after they met at the Kyampisi mosque and says he was not aware his new partner was a man until after the wedding.

“I was looking for a woman to marry and when I landed on a beautiful girl wearing a hijab, I asked her for love and she accepted. We fell in love, however, she told me we could not have sex until I take dowry to her parents and also exchange marriage vows,” Mutumba is quoted by Uganda’s Daily Monitor.

Two weeks after their wedding, the couple was yet to get intimate as the ‘bride’ claimed she was on her period. Mutumba said that he decided to wait for the ‘right time’ after his new wife said she was on her menses.

During the waiting period, Mutumba’s neighbor accused his newly-wedded wife of scaling over a wall separating their houses and stealing clothes and a TV set. Nabukeera was arrested after the matter was reported at Kayunga Police Station.

Kayunga District criminal investigations officer Isaac Mugera said Nabukeera was wearing a hijab and sandals at the time of his arrest.

“As the police’s normal practice, a female police officer searched the suspect thoroughly before taking ‘her’ to the cells. However, to the shock of the officer, the suspect had stacked clothes in the bra to hoodwink that they were breasts. On further search, we discovered that the suspect had male genitals. We quickly informed ‘her’ husband who had escorted her to the police station,” said Mugera.

Mutumba requested police to let him look at Nabukeera’s genitals to ascertain that he had married a man. A shocked Mutumba raised an alarm, accusing Nabukeera of being a thief.

During interrogation, Nabukeera told police that his real name is Richard Tumushabe and that he duped Mutumba so as to get his money.  He was charged with impersonation, theft and obtaining goods by false pretense.

Nuuru Nabukeera, the suspect’s alleged aunt was also apprehended and confessed that Mutumba paid dowry including two goats, two bags of sugar, a carton of salt and a Koran. She claimed that she did not know her ‘niece’ was male as she got to know him when he was already an adult.

That's conmanship of another level.

Come on what an idiot imam.Always put yr hands in there n feel that thing.Sio lazima mlale pamoja but yr hands will do the walking n talking for evidence purposes.Hehehe idiot imam.Stupidity of the tallest order

@ Mkenya halisi,the Imam did not want to half sin,by sticking his hand down there...Could an ID have solved the confusion? Probably not...
Dont be surprised if the Imam prayed about it,and thanked God for such a beautiful gift...
The whole series of events smell conmanship. No ages are mentioned,but I change to say that the Imam is much older than the impersonator.He only saw "beauty" and rushed to claim it before another man overtook him.
There is apetty good reason why nature created men the way they are, rough,rugged,adam's apple protruding,beads,muscles,basically virile,and manly looks to avoid such mistakes of identity,and enhance chances of procreation.You can fool man,but you cannot fool mother nature.
Above all, use your brains wisely.Rushing into marriage is abad sign.What is the hurry for anyway,if you plan to live for ever after?

You have to test run the car before you buy:-)

Don't be surprised to see @maxiley say "the Iman should be left alone" because the 2 were Consenting adults.

where deceiptive,a,nd fraud is involved there in no consenting ...
Come on @guest 1 you really think Imam would have consented knowing the conman was a HE?That is unless he was gay,which does not seem to be the case here.

@Guest1, in legalese, its called unconscionable contract.One person is an fairly disadvantaged... THe heading says "unknowingly...To you does that sound like consent?I take it that you are reasonably,if not more intelligent than the average Joe...
Just for once put religion aside,and use logic...

Is that imam actually saying the truth? Didn't he want to secretly introduce "that thing" in the Religion? Just asking.

Just looking at the face of this "woman", Imam should have sensed something... but anyway, i hear they say love is blind.

From the "bride's point of view... what was "she" thinking, planning, hoping? Not only coning an innocent man... a religious leader... "her" mind must be really warped.

yaani... walking down the isle knowing fully well "she" has a mjulus... probably bigger than the Imam's. Hii dunia iko na mambo !

After baking cookies, you have to test before you present it to others! Y'all wanna lie to us that Imam did NOT TASTE the cookie before walking down the aisle??? No man! ain't buying that shit!~