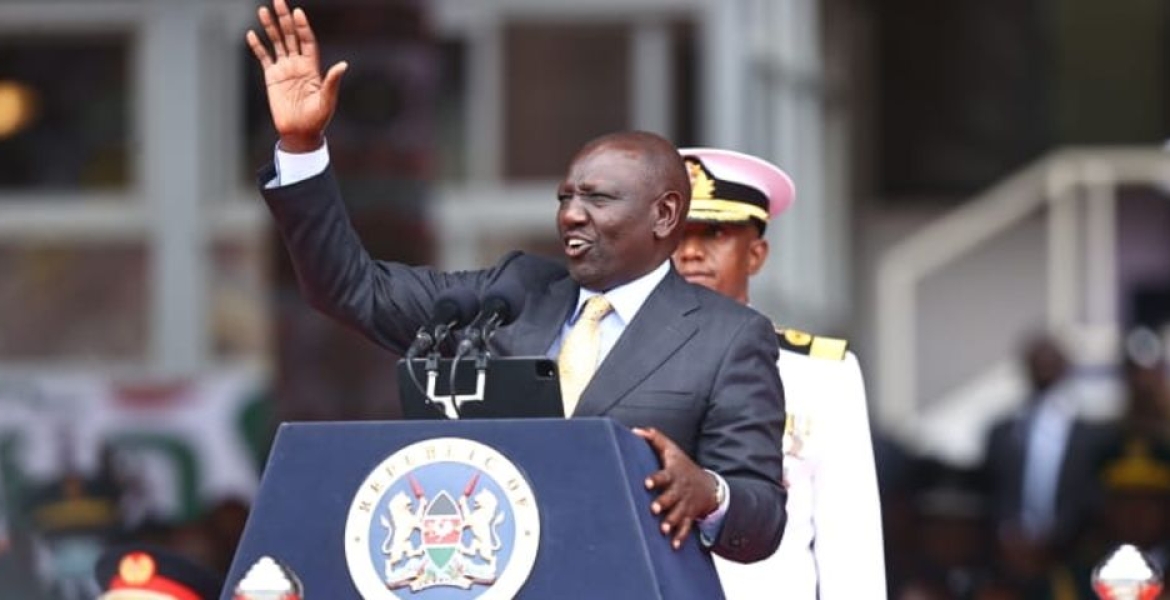 President Ruto has pledged to set up proper structures to address the concerns of Kenyans in the diaspora.

Ruto, in his first address to the nation following his swearing-in as the country’s fifth president at Kasarani Stadium on Tuesday, pointed out that his administration will ensure that the diaspora is elevated to be Kenya’s 48th County.

“The complaint has been that the diaspora has not received the attention they deserve,” said Ruto.

Ruto admitted that the focus on Kenyans living and working abroad has been on remittances while their fundamental rights as citizens have been neglected by past administrations.

To correct this, the new president said his government will seek to elevate the diaspora issues at a ministry level as well as strengthen diaspora services in all Kenyan missions abroad.

Additionally, Ruto pledged to work with parliament to set up a committee that will exclusively deal with diaspora issues as well as come up with a mechanism for public participation by the Diaspora.

His administration will also work closely with the Independent Electoral and Boundaries Commission (IEBC) to expand and enhance diaspora participation in future elections.

During his one-week tour of the US earlier this year, Ruto promised to introduce provisions that will make it easier for Kenyans abroad to invest in areas like housing and infrastructure without anyone taking advantage of them.

“As part of the Kenya Kwanza economic plan, you will be able to buy a house without the vagaries of you relatives taking advantage of you in a much more organized way and in a manner cheaper for you,” Ruto told Kenyans in the US at a church in Maryland.

“We will make specific packages available for you so that you can play your role and your contributions to the economy can also be meaningful.”

Make them work Mr. President! They do absolutely nothing out here!!!

95% of Diasporans hsve Been for Raila and are Still for Raila til End of his Life. So don't Waste too Much of Your time on Diasporans. You can't Fool them.

@MsonoBari So what? Those diasporans can vote for Raila as much as they want, but he will never be their president. So it doesn't matter what they think or do, Ruto is the president...🤫🤫🤫

Hapa ni Charles Matoke tu ametafuta kazi... remember that former US military guy whose story ran on Mwakilishi that wants to run for Kisii governor but didn't. Ile kuibiwa wakenya wataibiwa. You will be ashamed of ever being associated with Kenya Kwanza

All those are 2027 campaign strategies. Those guys campaigned on hustler narrative. Why do choose Weta as speaker? Now they are proposing waiguru as council of governor

The truth is in the details. This guy is promising a lot. He’s already in campaign mode 2027!

@Imara Daima, Thank you for the eye opener link and your commitment to Kiswahili na utamaduni wetu.

All I heard is, “We have to find a way to tax all those remittances from the diaspora! If they’re sending all that cash, they sure as hell should pay up!”
“How else will my bloated government of the corrupt operate without income?”

Get ready for double taxation under Ruto! A tax where you live, and another on remittances you’ve already paid tax on!!!