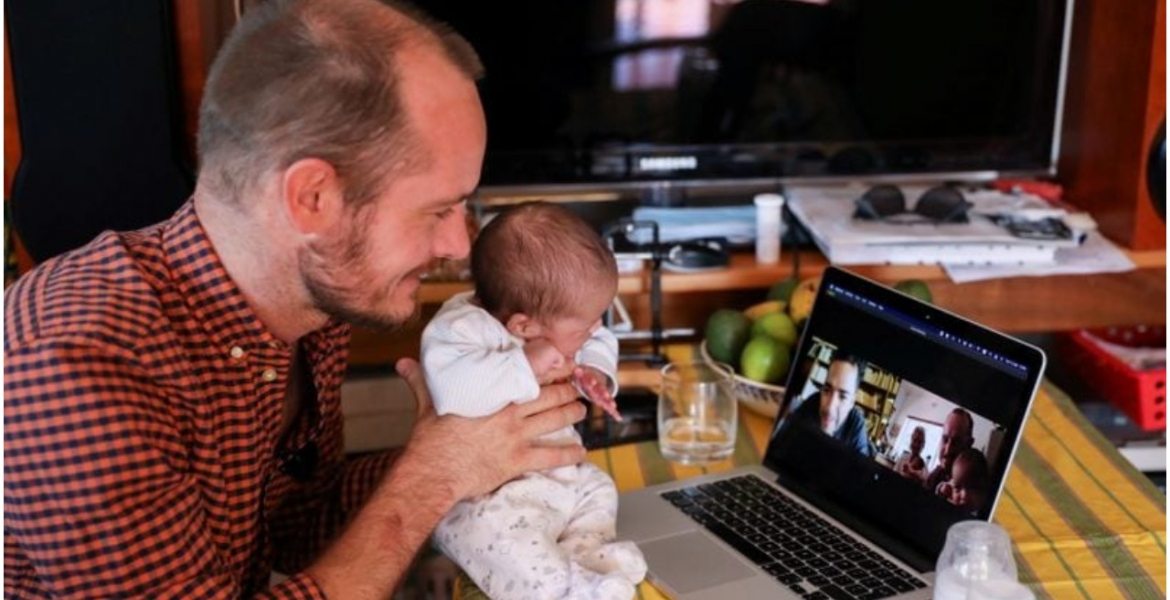 The High Court in Namibia has ruled against a gay couple that was seeking to obtain travel documents for their twin daughters who were born in March to a surrogate in South Africa.

Phillip Luhl, a Namibian national, and his Mexican husband Guillermo Delgado moved to the court after the country’s authorities refused to issue the two infants with travel documents on grounds that were not citizens. Namibian authorities insist that Luhl must prove a genetic link to the twins.

In an application filed under a certificate of urgency, the gay couple wanted the judge to compel Namibia’s home affairs ministry to issue the documents to bring their new daughters home.

But Judge Thomas Masuku dismissed the application on Monday, saying such an order would be “judicial overreach.”

Namibia’s laws criminalize sexual contact between men and do not recognize same-sex marriages.

In an interview with Reuters, Luhl said he will study the ruling together with her husband before deciding on the next step.

“It’s an unexpected judgment and, on a personal level, quite a big blow to us,” he said.

Human rights lawyer Norman Tjombe termed Monday’s judgment as a blatant violation of the rights of the children, adding the infants are entitled to citizenship by descent like any other child born abroad to a Namibian parent.

“Had the children being born from a heterosexual marriage, no questions would have been asked about the paternity,” he said.

The couple has been fighting for citizenship for their two-year-old son.

And the 2 a$$holes and their people blame Africa for AIDS yet their Sodomy (Sodoma) is the Toot cause of the AIDS.

And your arrogance is offensive as you are not without sin or flaw. Do not seek to speak for God. No where in the Bible does it say anything about homosexuality.

Before you throw a rock at me, I’m not without sin, but you can’t use my failures and faults to justify yours! God’s word is still true!

These verses are very specific. They do not, and God did leave “HIS WORD”, for your private interpretation!

@guest 1 I thot two make dicks can bare a child???They should b deported immediately n the kids be given to those couples who r female n male who cannot bare children’s not this two stinking sewage lost men.Bure kabisa.

This western custom of being a homosexual should and will remain an abomination in our society. This evil act was perpetrated on our people "buck breaking" by the colonialist in Africa and by slave masters- on our brothers and sisters in the west.
Soon we will be ready to uproot and send back the remains of the homosexuals who are buried at our holy shrines like Cecil Rhodes ( who is buried in Zimbabwe with his partner)
This act will be brought to the forefront by the propagandists ( colonialists ) as an important issue until we remove the remains of those homosexuals and cleanse our land of these evils.
The first and foremost issue is cleansing our land off these evils.
Only then will what is done heaven be done on earth!!
May our God and our ancestors be with us on this one!!

With respect. Keep your theology away from my body. This African obsession with the LGBTQIA community is insane. If you are against gay marriage then to not enter into a gay marriage. This religious and cultural notion that being gay is a western construct is false. Gay people have existed throughout history and in every nation on earth. The Bible teaches us that God is love and that we are made in his image. Surely this also extends to our gay and lesbian brethren. People ARE born gay. It is not a choice. Who on earth would wake up one day and decide to be gay knowing the discrimination, rejection, pain and scorn that they would suffer. "We hold these truths to be self-evident, that all men are created equal, that they are endowed, by their Creator, with certain unalienable Rights, that among these are Life, Liberty, and the pursuit of Happiness". And so it is. Love and light