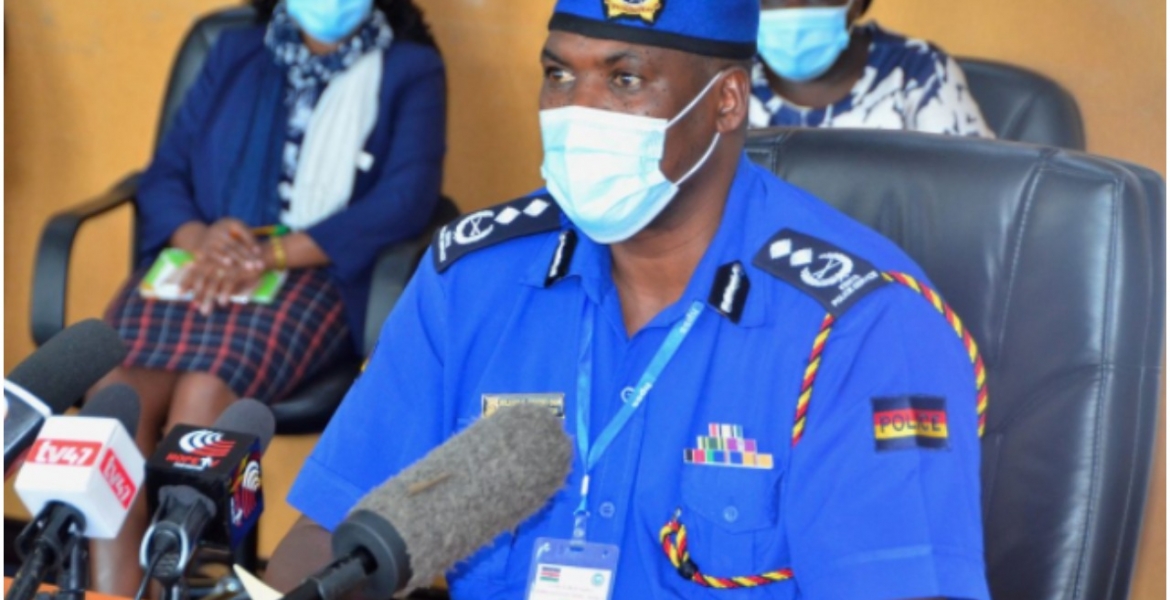 Sing’oei was reportedly found dead at his house in Embakasi Garrison, Nairobi on Wednesday morning.

The Standard reports that he was found dead on his bed after his juniors failed to reach him via phone on Tuesday night and early Wednesday.

Officers at the Embakassi Military Barracks went to his house located within the facility where they broke in and found his lifeless body, a glass of water, and some medicines.

Before he was appointed Assistant Inspector-General of Police, Sing'oei served as a deputy commandant of the GSU and Deputy Director in charge of security at the Kenya Wildlife Service (KWS).

The cause of his death was not immediately established and his body was taken to a mortuary pending a postmortem examination.

Detectives have launched an investigation into his death.

RIP Afandi Sing’oei.But I wish other uniformed majambazi can take a few minutes off from receiving & counting bribes(legalized by Uhuru bribing councilors) notes to check their BP.They should also check their sodium levels as the sun takes most of it through sweating.

Methinks otherwise. A glass of water and meds at the scene is not an abrupt death usually. It points to something more sinister yet common in law enforcement. Suicide is prevalent in this industry and not as widely reported. He served high posts in the past, yet was now reduced to living in those embakasi staff quarters. Wonder why?
Anyway, theres more to this than meets the eye.

He could have simply been sick and instead of seeking medical care, he took some meds and slept. Most people just jiganga nyumbani until too late.

Licili, Have you ever passed out before? Am not even talking about blacking out at the changaa joint when you were a teen experimenting. Collapse is a sudden motion. Its like the lights are turned off. Even if you live in a 1BR shack, you wont even make it to the dawa bottle, let alone open, take a few pills and get a glass of water to swallow. He wasnt sick as in sick-leave or his juniors wouldnt have been alarmed after his no-show for the day's mission. He had a phone or police walkie talkie he couldve radioed anyone for help if he felt sick, but none of these were reported.
A glass just like pills on the scene indicates, his ambivalence to the future. Why bother tidying your apt if you will have checked out in 1 hour. Could be a setup positioned that way, could be there was a note left behind? We dont know. Heck, I wouldnt even trust a govt pathologist if I were his family on cause of death.