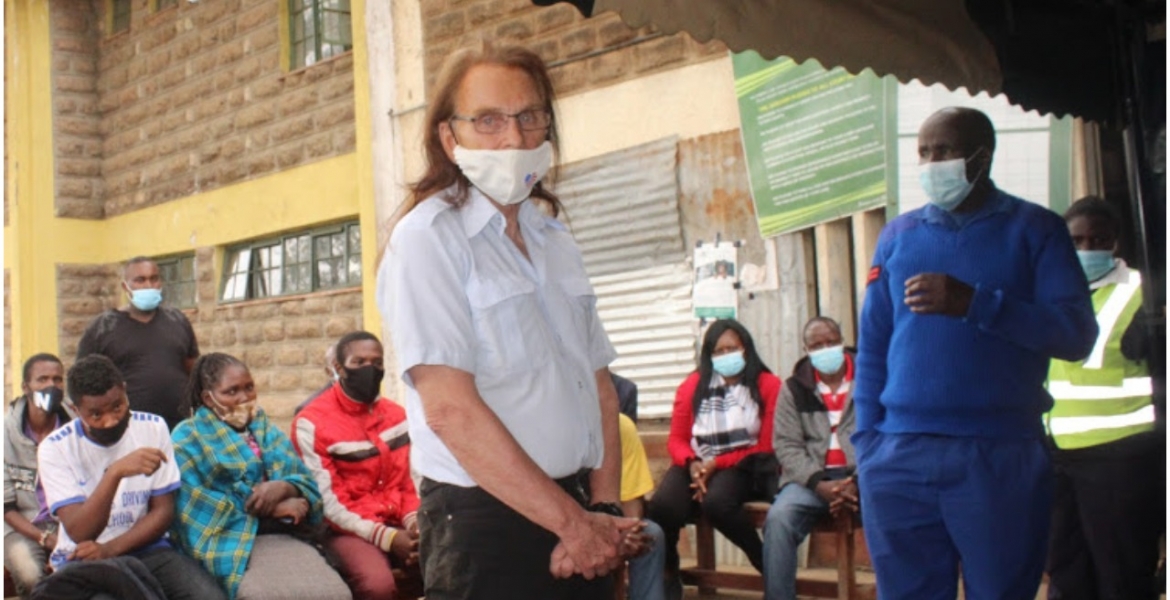 An American national accused of assaulting a police officer was on Friday arraigned in a Nairobi court.

The charge sheet read that the accused committed the said offenses on June 2nd at the entrance to the International Organization for Immigration in Gigiri, Nairobi.

The foreigner is said to have assaulted police constable Kamau Muthoni, who suffered injuries on his face, left leg, and left arm.

The accused person had accompanied his African partner who had an appointment at the organization.

An altercation ensued after he was blocked from accompanying his partner into the offices, leading to the assault.

Theodore pleaded not guilty to the charges and asked for lenient bond terms, saying he is not a flight risk.

Through his lawyer, the accused person told the court that he was the one who was assaulted by the officer.

The magistrate directed that the matter be scheduled for June 16th for a bond ruling.

I hope he will be accorded with the same hand that would befall any foreigner in America charged with the same. These muzungus come with a sense of entitlement when they arrive in Kenya. Having said that, our people are largely to blame as they treat any white person like a king/queen. I often despair when waiting in line for service...so, it is no wander that this guy flew off the handle when Muthoni tried to exercise his duty. Pity.

Yes, finally at last. Mwafrika can take mzungu to court.
I say enough of this ujinga mzungu complex. Hang that damn kaburu.
Sukari, why are you already giving excuses for your white savior bila details of case? What we know is this cop has his face permanently damaged just coz mzungu could not fwata sheria and let his "partner" in a secure zone. Notice IOM is not US embassy.
Next time you see killers roam or have yourself or a relative become a crime victim, know there's 1 less cop due to this kaburu's racially motivated attack on kenyan soil.
Who knows, that cop may have prevented your kid's potential killer or kidnapper 10 years from now.
I really do hope the judge hands him maximum sentence and let him spend a decade in that kibera jail with githeri weevils for his actions.
And if you make a living off white saviors and their religous, NGO or trade policies and dont like how I feel, you can go to hell with your white devils.

He looks like one of them West Virginia hillbilly.

Time is coming for the supremacy to come to an end. That time is on the horizon: Revelation 13:9-10
" He that leadthen into captivity, shall go into captivity; he that killeth with a sword, must be killed with a sword ; here is the patience of the saints"
It's time for revelation and restoration!!