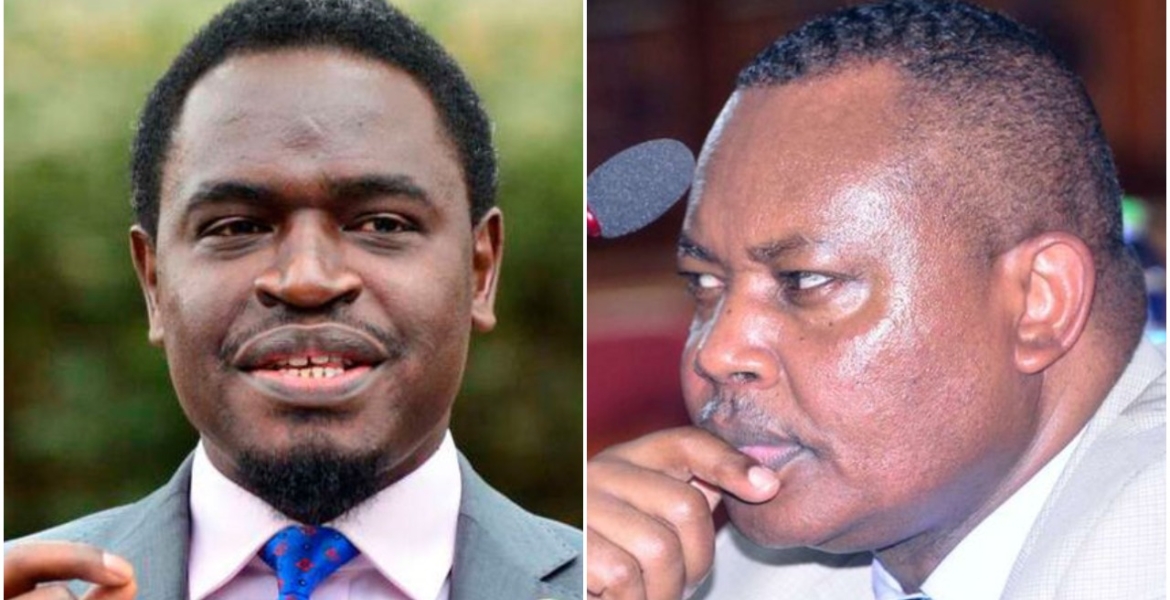 Kinoti was on Thursday sentenced to four months in prison by High Court judge Anthony Mrima for failing to obey a court order requiring him to return firearms that were seized from businessman Jimi Wanjigi in 2017.

Speaking during an interview on Saturday, Havi said anything Kinoti does in the capacity of that office is now null and void.

The lawyer stated that Kinoti has no option but to abide by the judgment by leaving office and presenting himself to the Kamiti Maximum Security Prison as directed by the judge.

“As we speak Kinoti is a convict, he has no moral authority even to put on a suit. He must shave his beard, his hair and he must put on the white striped attire and remain in Kamiti,” said Havi.

He added: “Anything he does is effectively null and void but the IG of the police will not enforce the warrant against Kinoti. This is something that must alarm us.”

Havi accused the DCI head of arrogance, saying he should have appeared in court to explain why the firearms have not been returned to Wanjigi.

“Kinoti was asked to come to court and explain why he has not surrendered the firearms to Wanjigi. What is difficult about that and who does he think he is?” he posed.

Kinoti moved to Milimani High Court Judicial Review Division on Friday seeking to have the ruling set aside but his petition was dismissed.

I’m of the opinion that Havi is a very arrogant guy! Kenyans must reclaim their country from the judiciary! Otherwise these thugs will ruin our country for good!

I thought Havi’s argument is purely based on an important premise of respecting judicial decisions and the following up with appeals if one is aggrieved. How can we have a country where one can arrogantly trash / ignore the independence our court system?

@Ali, it's people like you who are pathetic and confused. If judiciary fails to hold the powerful, rank and file responsible, if they fail to hold our corrupt leaders into account, then, the judicially is corrupt, if one big shot is held responsible and convicted, then the judicially are "these thugs" why don't you make a stand?

He feels like President of the Republic of Kenya because he's president of LSK. What happened to the title ' Chairman of LSK'?

I don think that Mt MR Harvey should be in the position he fails to understand the basics of the law. look at the position he has taken on miguna mguna am a layman and I can see it. is this what we rely upon need, to guide our legal system?.

Havi is nothing less than a dummy! These are uda fellas! You can’t even call them lawyers because they don’t measure to that task! It’s severely a shaming to have a guy like Havi lead LSK! He more like a paid cartoonist repeating every manner of nonsense! I hear he wants to be an MP for some place in our dear Kenya! Just a clown wannabe! Nothing more….

Mr Havi is a lawyer. Basic law is for the Chief. Miguna is a Kenyan by natural birth. Raila and Uhuru are trying to make him an illegal immigrant since they are afraid of Migunas noise and competition.
Kinoti broke the law by ignoring to attend court and to follow court orders. He must be treated like every other person. Judiciary so far is quite awake and has help the weak, the commoners from being run down by the executive.

He was used to fight DP but now fire is at his feet. President will save him by pardon after eating refried beans for a while.

Kinoti should be granted a full pardon by the president. Not necessary because of his person as an individual. But because of the work that he is in the middle of doing to protect the security of the public/country.

@Kim, I beg to defer with your observation. There was Kenya before Kinoti and Kenya will still be there long after Kinoti. We've a country to safe with or without Kinoti. Besides, if Kinoti died tomorrow, do you think that would be the end of Kenya. Kinoti needs to get what is coming to him. Impunity is the evil that has made our country a rotten republic. By the way, I don't care if Wanjigi has guns or not. It's a question of the sanctity of justice and the rule of law.

Politically speaking, It is not Kinoti the individual that I am defending. Rather his office as DCI. It is safe to assume that by virtue of his office he is in the middle of sensitive investigations that touch on important aspects of the security of the public. Therefore having him jailed and punished in this way would harm not only him as an individual but also the public by extension by virtue of his role in society. As a matter of principal, it is better for a criminal to go free than for the innocent to suffer harm. Plus it does not sound fare and just for essentially the "top detective/cop" in the country to go down due to such questionable legal circumstances. Democracy is all about checks and balances. In this situation the president should check the power of the judiciary by pardoning the man.