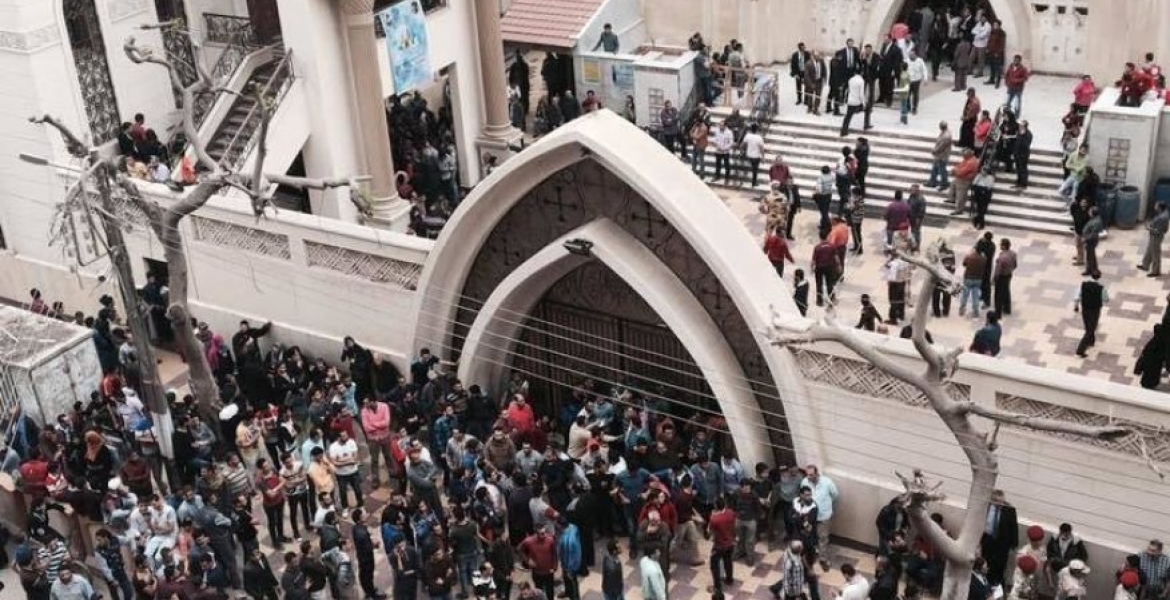 At least 37 people were killed and about 100 others injured in two separate Coptic church bombings in Egypt as worshipers were celebrating Palm Sunday.

The first attack left 26 people dead and about 71 others injured at Saint George Church in the Nile Delta city of Tanta.

The second explosion hit Saint Mark’s Cathedral in Alexandria, killing at least 11 people and injuring 35 others. The attack happened after Pope Tawadros II, leader of the Coptic Church, had just finished conducting service. He escaped unhurt according to witnesses.

ISIS, who had earlier warned that it would attack Egypt’s Christians, claimed responsibility for both attacks.

Pope Francis, while marking Palm Sunday in St Peter’s Square, expressed “deep condolences to my brother, Pope Tawadros II, the Coptic church and all of the dear Egyptian nation.” Pope Francis is due to visit Cairo on April 28th to show solidarity with the country’s christian community.

Coptic Christians have been accused of having helped overthrow former president Mohamed Morsi in 2013, and have faced several attacks since then.

What is wrong with Christians and Muslims? Why can't they co-exist? Believers of both these "violent" religions should borrow a leaf from Genghis Khan. Why? As ruthless as he was, he allowed complete freedom of religion and did not promote or force the conquered people to worship a certain way. This is in contrast with the European occupiers of Africa who sent Christian religious terrorists to convert Africans according to the religious belief each held. These were nothing but Christian terrorists. Others who forced Africans convert to their decadent religions were the Muslim terrorists. Any religions spread by force is doom to fail in the long run.

People should worship at home. That way, the tragedy that happened in Egypt today does not happen again. When I was a brainwashed Christian, I read somewhere in the new testament when the son of Mariam (Jeshua - Jesus) said that prayer must be a personal matter. He said, if you want to pray, get into your room alone, close the door behind you and then pray alone. That is the way he told his followers.