Cytonn Investments is Not a Licensed Entity, CMA Says 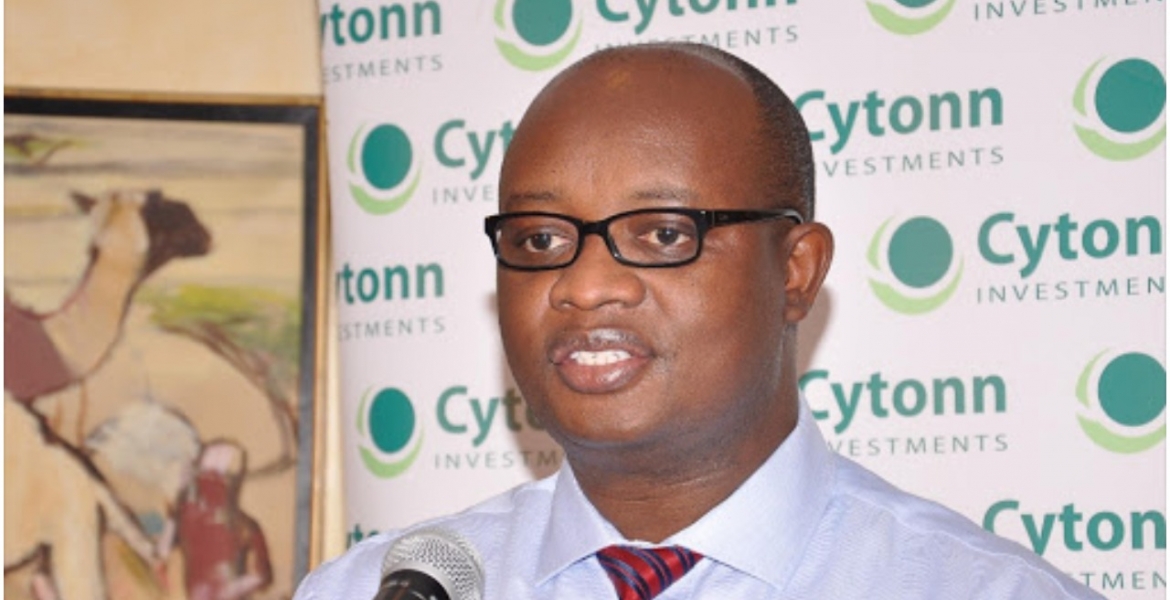 The regulator said it is looking into Cytonn High Yield Solutions (CHYS) and Cytonn Project Notes (CPN), which have investments worth Sh13.5 billion.

The two funds have allegedly failed to pay investors upon maturity of their investments in real estate properties developed by Cytonn.

Cytonn has been marketing the funds as private placements, which do not fall under the domain of CMA, but the agency has the powers to investigate the funds if it receives complaints from the public.

Since last year, Cytonn has faced many legal suits from investors over contract breaches after the company deferred payment of their investments, citing liquidity problems occasioned by the Covid-19 pandemic.

“CMFIU is currently investigating the issue for criminal violations for investors in the Cytonn High Yield Solutions (CHYS). The Authority confirms that Cytonn Investments is not a licensed and approved entity,” he said in a statement.

Cytonn was founded in 2014 by Edwin Dande, a former US-based Kenyan entrepreneur, and three others.

Dande, who worked for Lehman Brothers and Bank Of America before returning to Kenya in 2011, is the CEO of Cytonn.

Dande using pyramid tactics from Wall st to trick n defraud citizens. Sh 13b is too much not to make regulator interested. But again govt was established to protect it from the ppl and not necessarily to protect citizens.

This guy Dande knows the gullibility of the diaspora guys and has decided to take advantage of their situation. It’s really hard to be honest in a community where everybody is dishonest

Add..Kenya Projects - budget and executive homes...based in Mombasa run by a guy know as KANYI was Kenya Projects ... now hiding from people he took money from years ago and has not built homes for them. WHO PROTECTS MWANANCHI from such?

What happened Edwin? How come you are no longer threatening to sue, using the money you bilked from investors, those questioning you? Running out of steam. Leaving it to your paid psychophants to defend you? Where are the lawsuits and one childish one liner Twitter pronouncements, pronouncements unworthy of a CEO. That is how bullies behave. You thought you were king but, to quote Shakespeare: “Life ... is a tale
Told by an idiot, full of sound and fury,
Signifying nothing.”
Give people their money. Stop living large on stolen money.

Ok...are all these people just crooks? Or is Kenya such rough terrain to deal?

Edwin Dande didn't return to Kenya to invest and offer his expertise after working abroad. Rather, he saw an opportunity to go back home to scam fellow country men. A thief is just a thief even if you crown him with a PhD or make him MP, or elevate him from DP to President. Once a thief, always a thief.

Congratulations jambazi Dande for helping the MAFARA carry their HEAVY LUGGAGE/CARGO of EXCESSIVE CASH.How come some Kenyans have not learnt after aiding all Kenyan billionaire thugs led by Uhuru,Kibaki,Wanjigi,Raila,Ruto etc acquire their billions?I was shocked to hear some dump Kenyans praising expired jambazi Kirubi and wondered why there are so many fools in Kenya.

They spent a good amount of time visiting the US Diaspora selling their products in different states. I wonder how many bought in. I went for the talk, but was not taken by the youthful well-dressed sales and marketing team. Sinunui nisicho elewa, period!

U can actually open a pyramid scheme called Central Banc of Kenya and fleece citizens without any authority raising a finger. Shetani ashindwe