Kenyan Admitted at a Medical Facility in New Jersey, Has Not Received a Single Visitor in His Two Years There 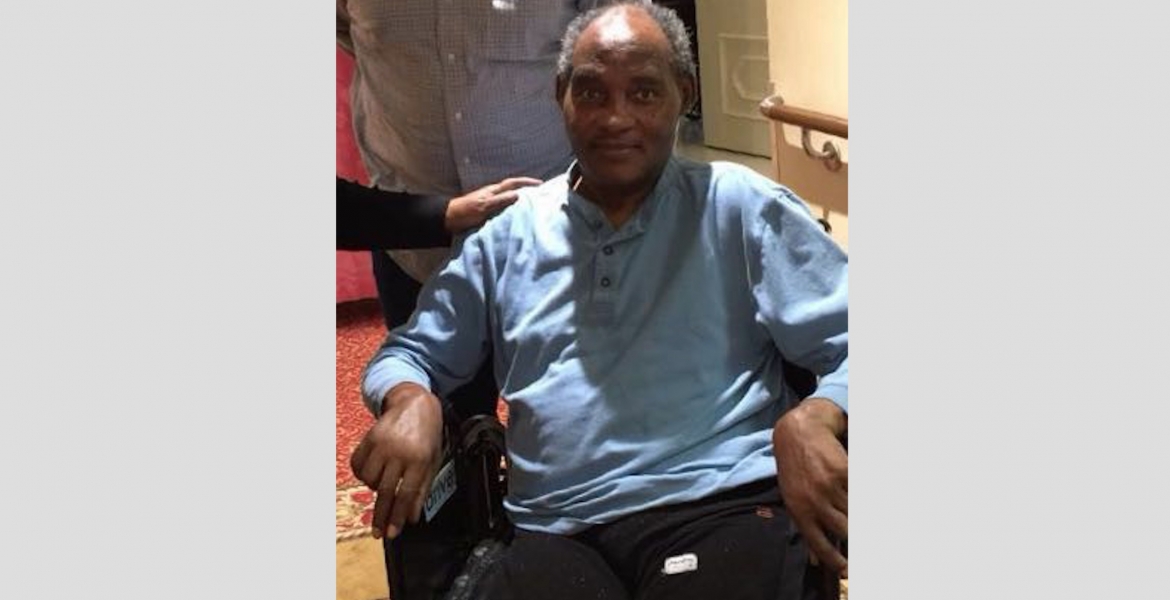 A Kenyan man has been admitted at a medical Assisted Facility in Wayne, New Jersey for the last two years after sustaining serious injuries in a car accident. Almost as equally as sad is that up until a few days ago when his case was publicized on social media, Bernard Wambui Mumo had not received a single visitor in his last two years at the Atrium Post Acute Care of Wayneview.

Bernard suffered both physical and mental injuries from the accident and as a result, he is confined to a wheelchair and has very limited memory. Other than his name and the fact that he is Kenyan/Kamba, he does not recall anything else about himself or anything.

Those who know him say Bernard used to be a photographer in the New Jersey and New York area in the 1980s and 1990s.

Thankfully Bernard Wambua Mumo has been identified and family at home in Machakos has been informed . They were overjoyed as they'd lost contact for several years .
We thank God for Julius Muinde Sanga who put up the alert together with a picture he took of Mr. Mumo at the nursing home . Let's pray for the family to find a way to make arrangements to take their loved one back home .

Wow wow watu wetu please invest home juu u can see things happens n please don't wait too long until uko mu-old kiasi hii.Keep intouch with yr pple back home.Yaani mzee alifika majuu 1980's wow But finally he will b taken back hopefully alijisot juu if not his pple mite just kutesa him especially if he is one of those guyz who disappeared from his pple??

mkenya Halisi - or mkenya fake. You like to post dirty unethical remarks about your fellowmen . You must be sick very sick indeed and need help

Oh just cut it out! Kwani it is only Kenya one can invest. Personally I will invest in Amerika , Carribean and very minimal in Kenya. Please stop derailing the topic at hand with your ujuaji nkt!

Hate reading this Mkenya fisi talk about majuu like he owns Kenya. Why don't you set up an agency to return people to Kenya? You cannot impose your wishes to anyone bwana, cool your hot pants and continue milking your donkeys.

First of all how does Mkenya Fisi no whether Mr. Wambua had invested home or not? I guess he doesn't know. Anyway: I don't know how much of his Life and Time Mr. Wambua laid down for His Friends or Relatives in the Diaspora or Back in Kenya. But for me,I have personally helped lots of people in the diaspora; some of them Wakamba. And they abandoned me High and Dry. Wakamba! Wakamba!!? What Majority of Kambas know (especially in the Diaspora) is Get, Get, Get, and Forget!!! They are very selfish, self-seeking, and very good at abandoning one of their own; even those that "gave them a Soft Landing" in the Diaspora.

Don't mind what others do. Tenda wema, nenda zako. If you are helping so that we can know your name, then your help has lost cause. Just read about another gentleman in the obituaries, he is not a Kamba. Just because someone took advantage of you is not a reason to generalize. There are a lot of reasons why people find themselves in situations like this. Right now you are posting with sound mind. An accident or stroke can bring you to the same level. They say in Ukambani "Ika nesa , wiyike mwene" (doing good to others is doing good to yourself)

Rishwaa;Am just passing my points n u don't have to agree with them.U can choose to read them or bypass them.Life is what you make it n yes I agree with mailimbili that some problems can hit u badly like sickness but I insist keep contacts n good friendship with pple,community yr family in case shit happens u have pple close by to help you but ukinjikalisha kivyako then when shit hits you please don't bother pple.Hii majuu when you get to certain age ur better go back home n spend yr last days with yr majority of yr family who r there or Kama wako Hii heaven majuu then stay with them here.Otherwise lets b sober.Will still advice investing nyumbani remains the key juu whether u have greencard,permanent residence,that country is not yours n will never b yours n those privileges can be taken away so njipange incase of anything.

Thank you all for locating Benard Wambua Mumo. I took the first photo with him and cropped it to show his face so that we can all help to locate him. His family had been contacted. Thank you for positive comments but NEGATIVE stories have no business. This is after sickness. God bless.

Kenyans are just cruel when one is in need. I have experienced it first hand and since then I made sure to widen my circle of friends from other non Kenyans because it is them who even cared to call . So sorry for this man and If I lived close I would go see him.....

Formerly guest2, that's the attitude we should have. You said that you would visit him if he were close by-, that says a lot about your character,and personality.You are an amazing human being.

Please do not send this man home unless his care is guaranteed. There is no reason to move him out of a health facility to rural Kenya where there no medical facilities that can properly cater for him. The guy choose to live in USA and should be allowed to live his remaining life here. He has paid into Medicare and Social Security so let those programs provide for him now that he is in need.
Why would Kenyans need to visit him. He choose to stay away from them so his wishes should be respected.

I'm with you on this one. There is no need to return him to Kenya and especially taking him into a rural area. He will need a house that a wheelchair can move around and 24/7 365 care. It can be very overwhelming financially, labor and emotionally