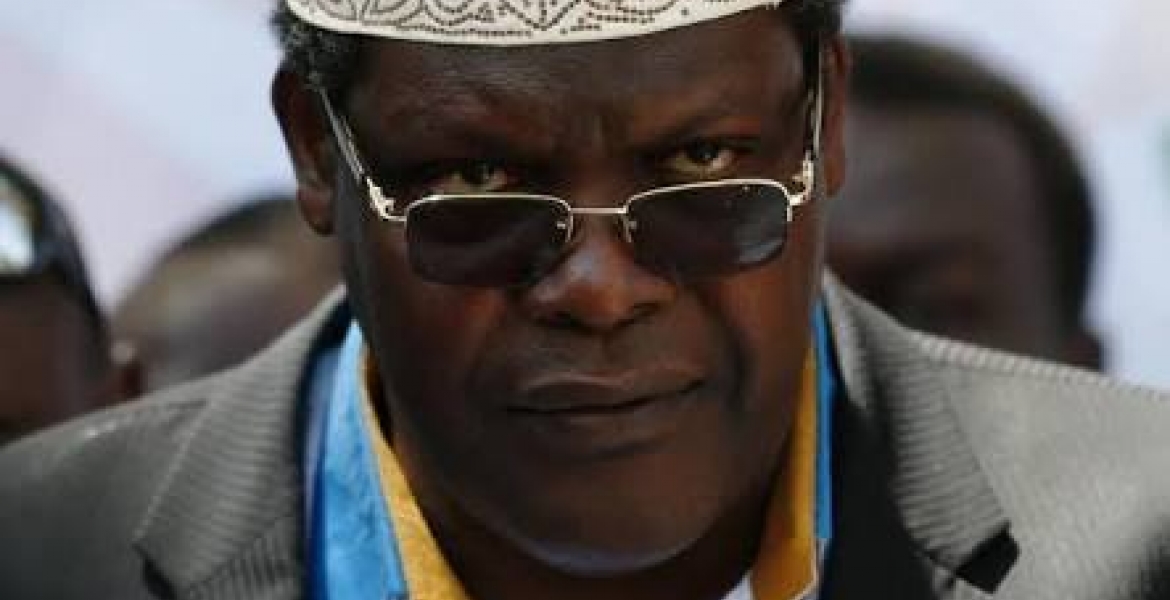 In a statement to the press on Friday, the former Nairobi gubernatorial aspirant appeared to have been angered by the move by Odinga and accused him of betrayal.

"I have been advised of media reports that the People’s President, Raila Amolo Odinga has “reconciled” with the despotic president Uhuru Kenyatta," Miguna stated.

He continued: "I understand that Mr Odinga has further stated that the “conflict is over” and called on the country to reconcile and move on. Mr Odinga’s unilateral, irrational and erratic decision to betray the fight for electoral justice, the culture of impunity and the flagrant abuse of human rights that have become routine under the illegitimate regime of Uhuru Kenyatta and William Ruto cannot be justified."

Miguna, who was dramatically deported to Canada by Immigration authorities on February 6th for his role in the mock swearing in of Odinga on January 30th, further questioned why the opposition chief would reconcile with President Kenyatta, even after hundreds of his supporters were last year killed by the Jubilee government.

"Between July 2017 to the present, Uhuru Kenyatta and William Ruto have murdered more than 380 innocent civilians in cold blood.These martyrs were butchered by agents of the illegitimate Jubilee administration they were perceived to be “supporters” of Raila Odinga."

"As Raila Odinga and Uhuru Kenyatta toast, hug and laugh in Nairobi, I remain marooned in Canada because I swore the former in at Uhuru Park on January 30th, 2018."

He vowed to return to the country and stage a fight against the Jubilee administration despite the "betrayal" by Raila.

"I will return to Kenya on March 26, 2018 so as to continue the struggle for electoral justice, social justice and an end to the culture of impunity that both Raila Odinga and Uhuru Kenyatta now clearly represent."

"I will join forces with all progressive forces in bringing about concrete, substantive and fundamental structural and institutional changes that Kenyans deserve."

Miguna, forget your return to Kenya. Raila will also be against you.

Tihiiiiii, left in the cold after all that. Let's say you were played boy!

haha ha ha....reflections of the black sheep...ati.... "As Raila Odinga and Uhuru Kenyatta toast, hug and laugh in Nairobi, I remain marooned in Canada because I swore the former in at Uhuru Park on January 30th, 2018."

Miguna Miguna....You have eyes, but u don't see, you have ears, but you don't hear, you have brains, but you don't reason, you have education, but no wisdon. If you had the kind of following that Raila commands in Kenya, Kenya would be burning, and your brethrens would be in Uganda and Tanzania as refugees right now. The day you become wise will be the day you'll become a leader. Rao does not have education like you, but he is 1000 times wiser than you.

Mi goon-a you were just a flower girl the wedding was over at Uhuru Park.

Miguna muone @Kenya for inintroduction to Ndii who wants to purchase your KOFIA YA UNGA ma UNGA yote so you pay for your air ticket home.

Of course Miguna is not happy. He can see his chances of milking the resistance go up in smoke. Who will pay his airfare, or repair his Runda home? He was hoping to ride home on the backs of baba's die hard supporters. Not any more....

@formerlyguest2.....like a guitar sister! Whilst kina quest1, Dorren and the likes are twerking to the rhythm!!! Who thought pigs could fly?! Miujiza!

Ha ha ha, who knew the next plot in this opera....who has the final laugh now? Raila is definitely wise or has listened to some wise counsel...1. To swear himself alone so to quiet his supporters and not put kina watermelon in trouble. 2. To then go to Uhunye to make peace...so neutralise his supporters hatred for UhuRuto and create peace and for him to go down in history as the peace loving opposition leader there ever was...well done Agwambo! Baba wins big! Wachana na Loud.Mouth Miguna.Miguna

Miguna forget about your house in Runda just drive north and build an igloo. You will be happy in an igloo than to return to Jamhuri. Shida mingi kenya. NASA is finished, NRM is history

Mbiyo za sakafuni huishia ukingoni!
It must be a lesson that when things Fall Apart
"If a child washes his hands he could eat with kings"

Miguna needs to be castrated to ensure he does not bring forth another as stupid as he is. Mbegu mbaya kabisa.

Pole sana "General". You can never attain peace and justice through violence;dialogue is key. Stop asking for contribution for a ticket and repair of your house in Runda estate. Be fair! some of the people you are asking for help have not visited Kenya in the last 5 years( the average visits an immigrant family visits their home country) they do not even own a house in Mathare leave alone Runda.I respectfully ask you to stop being selfish and consider others. What are you resisting? The fact that your party did not win. I think it's time you reconsidered your course of action. Why not unite the very well educated diaspora community to bring positive change in Kenya through educating the masses to understand the constitution and how to advocate for change using peaceful channels not through fighting and resistance. You are much wiser than you are portraying yourself at the moment. Go do your doubles in Canada as the rest of us do, buy your ticket to kenya, repair your Runda home and most of all REMEMBER CHARITY BEGINS AT HOME...where is your wife and kids? It's a high time you went back home to your core family- this is where real strength of a mighty man begins. Case and point look at all the great men of our times, they take care of their wives and children first...Former president Obama, President Uhuru and the rest, Call them they know a thing or two because they have seen a thing or two.Open your eyes!!