Majority of Kenyans Would Like to Relocate to the US, Survey Shows 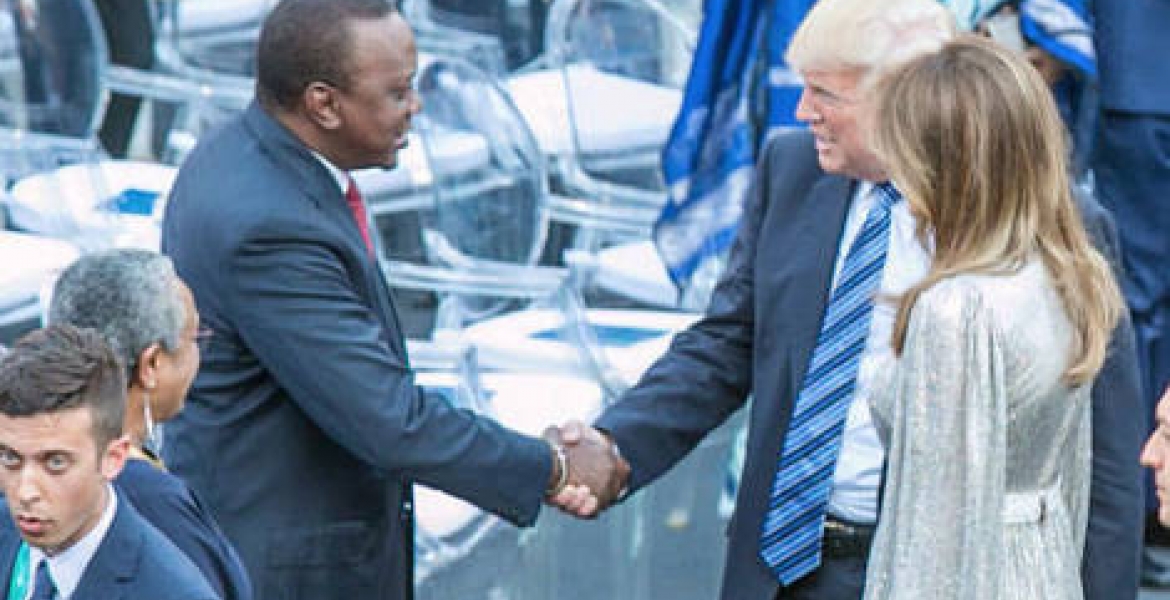 A study carried out by an international polling firm has showed that more than 50 percent of Kenyans would willingly relocate from Kenya to another country should they get the opportunity.

The survey, which was conducted by US-based Pew Research Center in six sub-Saharan countries, revealed that 54 per cent of Kenyans are ready to leave the country immediately.

In the new survey, 55 per cent of those interviewed named United States as their preferred destination. 120,000 Kenyans are already living in the US, while about 180,000 others are based in Europe, UN data cited by Pew in the survey indicates.

However, Pew did not ask the respondents what inspires their need for relocation.

In its report, Pew notes that “political instability and conflict could be other factors pushing sub-Saharan Africans to move, in addition to unemployment."

The survey was carried out in March 2017, with Kenya having the third majority of those who would like to relocate. Nigeria and Ghana were first and second respectively.

I hate the Kenya government.
Hate it.I want it to die.

US Amb.Bob Godec is a Cambridge Analytica experimental Monkey.

It's likely Kenyans would wish to relocate but please please do not assume it is because of political instability or conflict. How about economic? These dada heads are always quick to make generalizations with the hope of destabilizing Africans with their substandard, comical and foolish "research". Wishes are one thing action is something else. Kenyans who are older may not be quick to pick up their bags and leave because of the strong attachments they have established over the years. The young one, maybe.

Most Kenyans were celebrating when CS Rotich said Kenya was broke.

98% of Kenyans hate the Kenyan government.

We want the Kenya government to die and we are watching all those people who re trying to save Cambridge Analytica controlled government.

Raila should stop trying to resurrect a corpse.

We hate the Kenyan government and it failure is our joy.

That is not our government.

Well grass is always greener on the other side of the fence. This is due to economic reasons,although not all kenyans would be willing to live their lives in the straight and narrow paths the western world demands, and be able to deal with stress from racism, which is challenging at times. Family and friends in kenya under normal circumstances can never be replaced by what you find in the west.

Its not a case of grass is always greener on the other side.

I personal hate the Kenyan government.I hope it collapses and dies.

I also hate the foreign envoys working in Kenya from the US,UK and the other 10 dwarfs.
They are controlled by Cambridge Analytica.
They are nothing but Experimental monkeys with no independent brain.

If you can get out Kenya, run.

Kenyans don't know the hardship and tough experience in the US. They should be told

@Guest3 get rid of all the hate you have and then call upon Jesus. You have too much hate in you. God bless and help you.

The devil is not your friend.
Resist the devil.

The Kenya government is the source of evil and suffering for a lot of Kenyans.

We never even voted for that so called "Government".

I hope it fails.It is not the government of BY the People, For the people.
Die Kenyan government Die!!

The likes of you Guest3, most jaluos and Rakla lovers hate their country, only because of following one selfish,greedy and foolish politician called Raila Amollo Ondinga. The fool needs to disappear from our midst like jana.

How about we start loving ourselves and our country instead of being negative? If a Kenyan gets a contract however small it is, they first think of what their cut will be. We are the people to build our country. The Americans love their country so much that they would not contribute to it's detriment. Let's work on changing our mind set instead of thinking of how we should live our homes to live in foreign lands. Start by electing the right people and not being bought during election time. Only we can change our beautiful country

Another bullshit survey from united state of Sidon n gormolla.Can this survey b done by Kenyans like us who have returned n lived in this colonial n imperialism countries??our pple in Africa need to b told the truth about life in USA n Europe!But my advice has bin If u have a good job or a biz earning u btw 75-100k-up n especially u have yr own hse whether ya mbao,mabati or mawe please kaa jamhuri But If u have nothing at all then move to this sodom countries grab the cash then within 3-5 yrs come back home n leave a beta life.

Mkenyahalisi, one has to work really hard to understand your written communication. Boss, none of us has impeccable command of the Queen's language but yours takes it several notches lower. This is a gentle tap on your shoulder to remind you to be more considerate of your intended audience before hitting the post button.

There is a world of difference between reality and ignorance. Just like any enterprise, leaving your home for the lure of foreign lands needs strategy. The days of " I just want to land there and all will be happily thereafter" are long gone. Survey those in diaspora and get the flip-side of leaving your motherland kiholelaholela.

@nani u have a choice to read or not to do please excuse me.Pelekea mafeelings mbali bana.If the kitchen is too hot get out of it

Au contraire. Boss, it takes lots to offend me. I am just telling you what few will tell you - no offense intended. I have been on your side many times when it comes to investments in Kenya. I am there half the year and often wonder whether I've seen you at your club, LGC. I belong to a different one in Nairobi but know a few of your fellow members. So, when is your former chairman being reinstated after the most recent embarrassing scandal? (I know a little about your club's gossip) tee hee

@Nani, which club is that you hang out in, it would be nice to meet fellow Diasporans when I'm there ...

Hey Formerlyguest2, I do so because I love to golf and it's a good past time as I hardly venture into pubs or music clubs these days. I am frequently at Windsor, Vetlab and Muthaiga in Nairobi. I have been known to appear in Nyali and Vipingo in Coast and Great Rift in Naivasha as well. I am an active member in one of the Nairobi ones. My core group of Kenyan friends are older quite accomplished men. We are all heavily into investment in real estate, insurance, imports and exports etc I shy away from heavy drinkers but I have been known to have lunch in one particular clean kibanda in Westlands and splurged a bit in DusetD2 in Riverside.

Okay very cool and sophisticated, Oh I 'm not into drinking and clubbing - I left that life behind ions ago :-). Well I'm an amateur golfer (***sigh**) and trying to get better at it. The only place I go to is Sigona and Windsor. Nyali for me is mostly to relax and soak the sun and the sand . However , thanks for the info.I do not "roam" much in Westlands but more on the other side of tow Ngong road - Karen side and of course chags, I love the quietness of Aberdares & Nanyuki side of tow!

The survey should also find out how many Kenyans in the US wish they could go back home and how many have already left and how the feel. Our government should be the one giving this report about issues that Kenyans face when they arrive in Western countries. Problems of race,discrimination and such. Population of blacks in jail in those countries and the like . Kenyans do not leave home if you are even slightly comfortable. Build and improve your country. A bird in hand is better than nine in the bush. Learn to appreciate your country and your people.

I recommend anyone wishing to move to the U.S. to study the laws before moving there so they don't break it without knowing and get deported back.

If you live in the U.S. and someone tells you to go back to Africa, please refer to this link on how to respond: https://www.facebook.com/OfficialMinisterFarrakhan/videos/8919873175752….