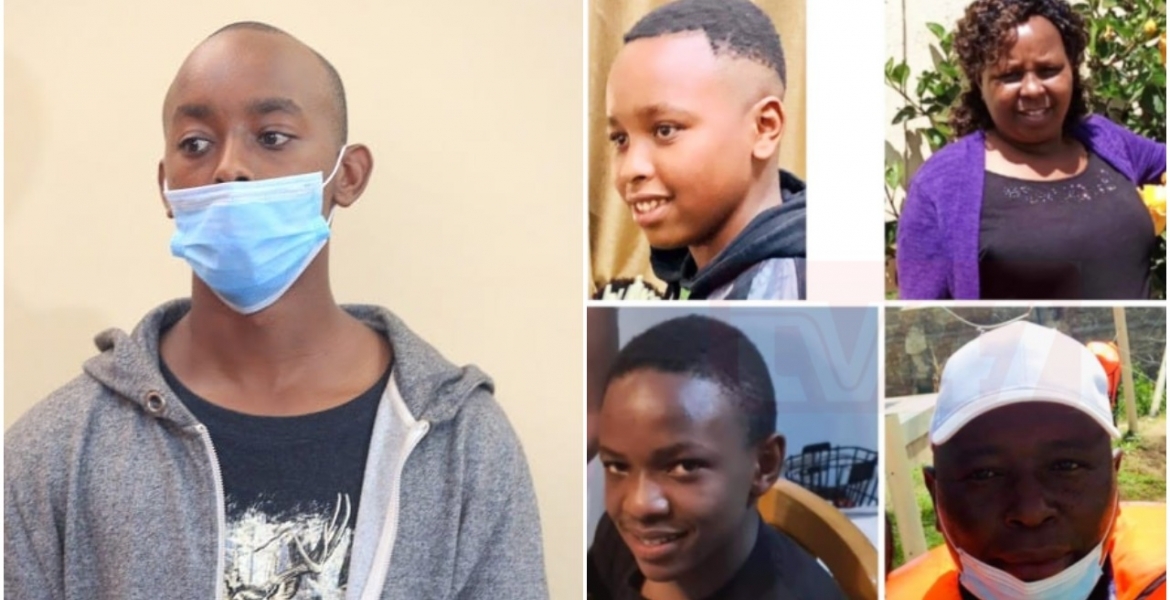 Lawrence Warunge, the murder suspect who admitted to killing five people including his parents, brother, and cousin has been confirmed fit to stand trial.

A psychiatric report released by Mathari Mental Hospital confirmed the 22-year-old is fit to answer to murder charges, according to the Directorate of Criminal Investigations (DCI).

In January, a Kiambu court ruled that Warunge was unfit to stand trial and ordered he be remanded pending further mental assessment. At the time, the prosecution told the court that he was on medication for mental illness.

The suspect will be arraigned at Kiambu High Court on Wednesday to plead to murder charges.

Njoroge, who worked in the US as a nurse, met his death weeks after returning to the country to spend Christmas with his family.

The five were brutally murdered on the night of January 5th, 2021 in Karura village, Kiambaa, Kiambu County.

Following his arrest, Warunge led police to Mai Mahiu where he had disposed of the murder weapons and the clothes he wore during the massacre.

He allegedly told detectives that he researched on the internet the best way to eliminate his victims, adding that he was motivated by Villanelle, a psychopathic killer in the British show “Killing Eve”.

The four family members were laid to rest in an emotional sendoff at their Karura home on January 16th.