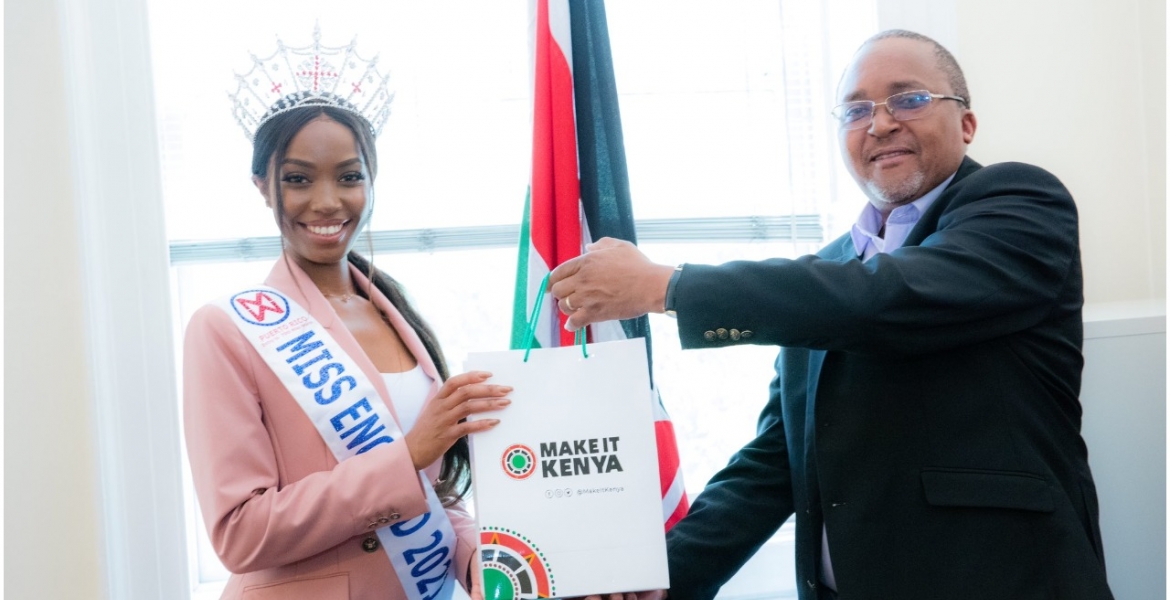 Kenyan-British model Rehema Muthamia, who was recently crowned Miss England 2021 has sought Kenya’s backing ahead of the Miss World competition.

On Friday, Rehema called on Kenya's Deputy Head of Mission to the UK Amb. Kiarie Kamere as she prepares to contest in the Miss World finals in Puerto Rico in December.

Rehema, alias Remi, was accompanied to the Kenyan consulate offices in London by Yvette Philbert, Licence Holder and Operations Director of Miss All African Colors England who has been training her.

The 25-year-old was crowned Miss England in a ceremony held in Coventry on August 27th. She received the crown together with £2,000 (Sh300,000) from previous winner Bhasha Mukherjee, an NHS doctor who held the title for two years after last year’s ceremony was canceled due to the COVID-19 pandemic.

Rehema also received a host of other goodies including a photoshoot, a personalized website, a wardrobe of evening and occasion wear, luggage, and a glamour mirror.

The University of Sussex alumnus said enduring an abusive relationship helped her to be stronger as a woman.

“My family is so supportive they can't stop talking about it, and the Kenyan community has really got behind me and wanted to support me and loved seeing someone from my heritage being represented,” she said.

Rehema was born in England to Kenyan parents and spent part of her childhood in Kenya before moving to England.

"Reigning Miss All African Colors"...
This hurts, categorizing people with color has been used to oppress the black community.
What makes everything white pure?
This is purely mental enslavement.
That's why we need our own beauty contests and then let them battle it out at world stage.