Raila Holds a Meeting with Kenyans in Washington, DC 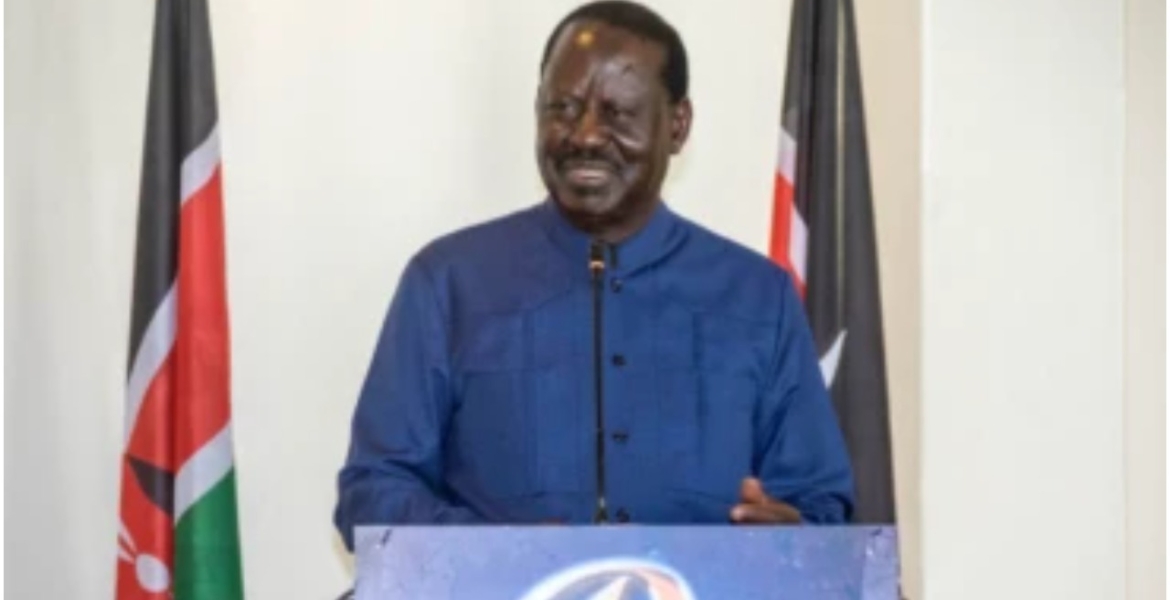 Odinga, who arrived in the US on Saturday for a week-long tour, briefed Kenyans in the US on the state of the country, election preparations, and his post-election plans for Kenya and the diaspora.

On Monday, the Azimio La Umoja-One Kenya coalition presidential flagbearer will engage Corporate America, followed by meetings with officials from the Executive arm of the US government on Tuesday.

“The engagements with the members of the Executive will give way to another with the legislative arm of the US government when Mr. Odinga meets key US Senate and Congressional leaders on Capitol Hill,” Raila's press secretary Dennis Onyango said in a press statement.

“In his engagements with corporate America on Tuesday, Mr. Odinga will recognize and appreciate US corporations that have set up in Kenya and encourage more members of the group to take up the challenge to invest in Kenya."

Odinga is also scheduled to meet think tanks including the Atlantic Council and the Centre for Global Development.

He will brief the US corporates on prevailing opportunities in Kenya and Africa, and seek collaboration in the war against corruption.

“He will brief the investors on preparations for the upcoming election and explain his post-election plans to make Kenya friendly to foreign investments,” Onyango added.

After Washington, Odinga will head to San Francisco where he will hold talks with leaders and entrepreneurs in the IT and technology space, with the aim of promoting partnerships.

Headline is wrong.I called about 50 relatives and friends living and working in/around DC but none had any information about Raila being in US leave alone attending his meeting.

Why? His visit was widely published at home and abroad and you know it. Your hatred here never adds any value to anyone. Not even to yourself. Besides, why would Raila want Morris Menye to attend his rally? You already have too much to fix in your own life.

Mind your own business and leave me alone wewe Kwetu or whoever you are.

Menye - has anyone ever told you that your head is full of mafi na mathugumo?? Kweli wewe fisi ya dog! Shetani wewe!

I would advice Raila not to Waste time Meeting these Diasporans. At least 99% of them are USEless users; Cons looking to Turn his Campaign into their CASH Cow.

You have your figures reversed. Typically it's the other way around with Kenyans at home trying to separate us from our money because they think we are swimming in cash.

You did not anything better to do?

Exactly I didn't know either not that I would care to waste my time with Kenyan Politicians. I'm sure he met Kenyans who were eating Tilapia and chapati at Swahili Village.....

My PRESIDENT!!!!, your time has come.

It's a Uhuru puppet

You're just as Rotten as your name: Rotten. Roho chafu👹 na chuki👺 kweli.

He has to explain BBI snake and sharia law to federal govt. Plus welfare state he intends to create- monthly welfare checks and food stamps.

Reason carefully and wisely. Raila and uhuru were celebrated by federal government for handshake. Kindly do your research.

Snake didn't birth handshake but was baby of the shake. Supreme Court cut its ugly head off thankfully. Read to understand b4 responding

Who give a dammm if he is in the usa.Have u seen the American Presidential cadidates coming to Africa to visit ahead of elections or coming to give meet African leaders???Hii unjinga Waafrica tunakuwanga nayo tutaicha lini??No wonder we will forever but lick the west??U owe yr leadership to the kenyan people n that’s where u should concentrate with by giving speeches.U can visit later if u must.Sasa utaskia the old mzee talking shit about other cadidates instead of concentrating on telling others how to uplift theit livelihoods n development.

It's an expensive photo opportunity. Most Kenyans in the west will not vote for and will not meet with these people. I say vote with your feet. If someone wastes your money(and it is your money) gallivanting through the west, vote for someone else.