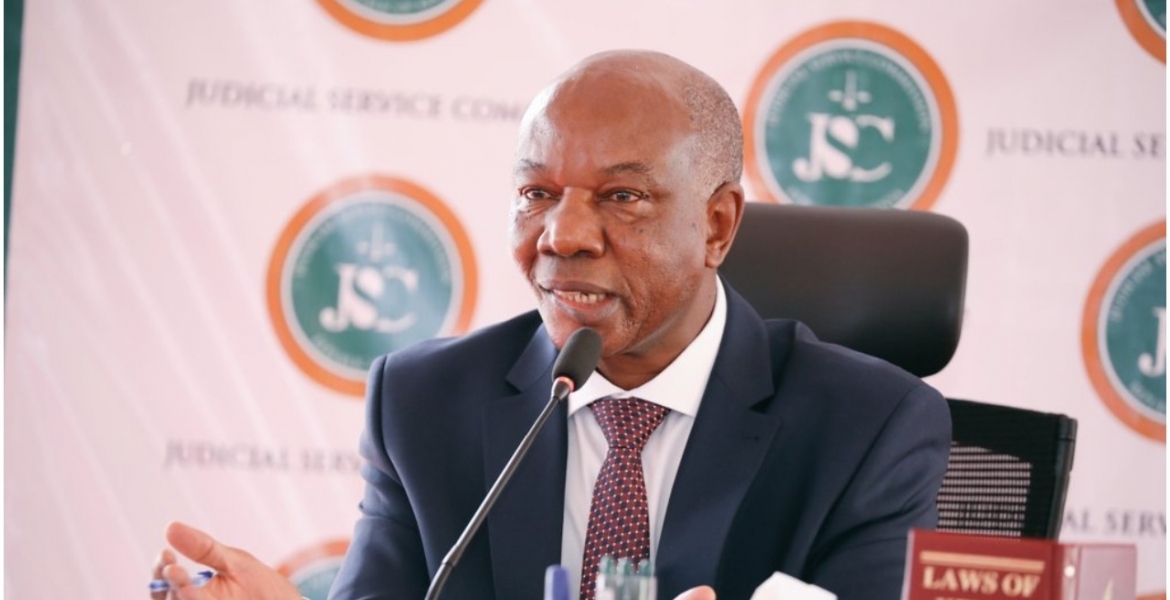 Senior Counsel Fred Ngatia claims that there was rigging in the just-concluded Chief Justice recruitment process.

Speaking during an interview with Business Daily, Ngatia alleged that he outscored the other nine candidates interviewed for the position but some members of the Judicial Service Commission (JSC) rigged him out.

“Four commissioners from Mt. Kenya reduced my scores yesterday afternoon after they were called by powerful people,” Ngatia said.

He added: “Without that intervention, I was far ahead of all the other candidates.”

Ngatia, who led President Kenyatta’s legal team during the 2013 and 2017 presidential election petitions, was tipped as one of the frontrunners for the powerful post.

On Tuesday, JSC nominated Lady Justice Martha Koome and forwarded her name to President Kenyatta for appointment as Chief Justice of the Republic of Kenya.

JSC Interim Vice-Chair Prof. Olive Mugenda said the panel selected the best candidate, adding that the scores for each candidate will not be made public.

"Our duty was to select the best candidate and that's what we have done," said Mugenda, who chaired the interviews.

If appointed, Koome will make history as the country’s first-ever female Chief Justice.

Koome, who currently heads the Criminal Division at the Court of Appeal, boasts 33 years in the legal profession.

What was Ngatia's score b4 and after the phone call. All the same, to attract the best applicants, the recruiters need to find away to protect confidentiality the of the applicants. Take the case of a CEO of any organization interested in the position. On one side, the CEO will be preparing for the public interview where preaching dedication to his/her employees. And then, after the interviews, the CEO is publicly ranked at the bottom of the applicants. To attract the best applicants, the recruiters need to guarantee confidentiality of all applicants. Applying for a public vacancy does not make one a public employee, everyone need the opportunity to apply in confidence.

Politics in our judicial system??
That's nothing new.

How did Ngatia knew his scores were reduced? Tell us more snr counsel.
Why are the scores not public information after holding the interviews in public using taxpayers money?
Why is Ms. Mugenda even member of JSC let alone a vice chair?
She's an accomplished academician yes, but this is a different ballgame.
Ms. Koome is nonetheless an outstanding Judge.

Ngatia thought it was another national exam so he crammed to pass. He believes he passed but Koome excelled, and with humility. Ngatia is so accustomed to privilege that equality feels like oppression.

And with all due respect Ngatia looks 70 or close to 70 which is of itself very very problematic!
Can you get that Snr counsel?

What does age have to do with it?

Well well, I cannot say this was unexpected.Mutua Makau is already complaining for not having been shortlisted,and would like to know the criteria for selecting a CJ.This is what happens when transparency is flouted.
Now comes Ngatia. If the selecting panel does not make public the scores,they should at least explain why.The public has the right to know.For all we know Ngatia may be right.

Congratulations to Koome!! However, this will not solve Kenya's corruption pandemic or Judicial issues.
Man's law is on its way out. " The law of unjust weights". It has run it's course with colonialism, corruption, nepotism, lack of integrity and some favoritism due to mans made money and the illusion of some being superior to others based on silly reasoning.
Luckily God's law is on the horizon. Where each one of us will reap what they have sawn and be held accountable.
May our God be on our side as we go back to God's law and the reset of the world to what and where God intended.

@ Sokora, mandatory retirement age is 70. So the closer you are to 70 for every one, the harder it should be for you to become the CJ. You don't want this interviews very year. Plus, it's a very busy position anyway. No point applying for it at 67 in my opinion.

This saying "kimeimbiwa" needs to be patented to RAO once and for all! Anyone else, including tRUMP, wanting to use it have to pay.

Ngatia, I have many interview points stolen but I kept moving on! Judge koome beat you hands down and you should respect that fact! Even my scores were reduced too but I’m still breathing!