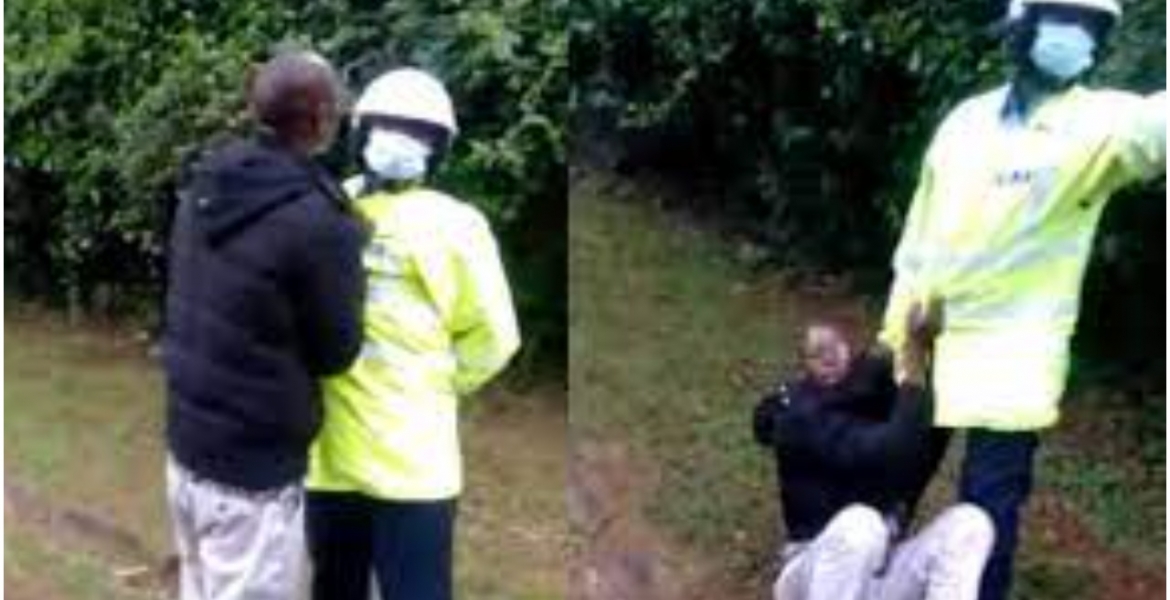 A Directorate of Criminal Investigations (DCI) officer who was recently caught on camera assaulting a traffic police officer has been arrested.

Through Twitter on Sunday, Inspector-General of Police Hillary Mutyambai said the DCI officer is in police custody and will be arraigned in court on Monday.

The police chief indicated that the officer will be charged with driving under the influence of alcohol and assaulting a police officer.

The suspect risks a five-year prison sentence for assault and two-year imprisonment or a Sh100,000 fine for driving under the influence.

In the video widely circulated online, the DCI officer who is dressed in civilian clothes is seen assaulting a uniformed traffic cop, who appears calm and composed.

“I cannot leave you, take me to Karen Police Station, not any other station. You are from Rongai and you are harassing people in Karen,” the suspect shouts.

The DCI officer was reportedly driving a Subaru saloon car registration number KBM 149F from Ongata Rongai towards Kiserian and is said to have hit the traffic cop’s motorbike as he tried to pursue him.

The chase allegedly continued to Karen County Club, where the suspect pulled his vehicle off the road, alighted, and attacked the police rider.

WENYEWE KWA WENYEWE.And Matiang’i’s main job is spying how these grown up thugs fuck each other.I suspect the guy was Sonko,Raila,Waititu,Wanjiru,Joho,Ngilu,WaIria,Kabogo,Kingi’s etc classmate.