Ghost Mulee Went to India to Donate a Kidney, Only to Discover He Had a Life-Threatening Condition 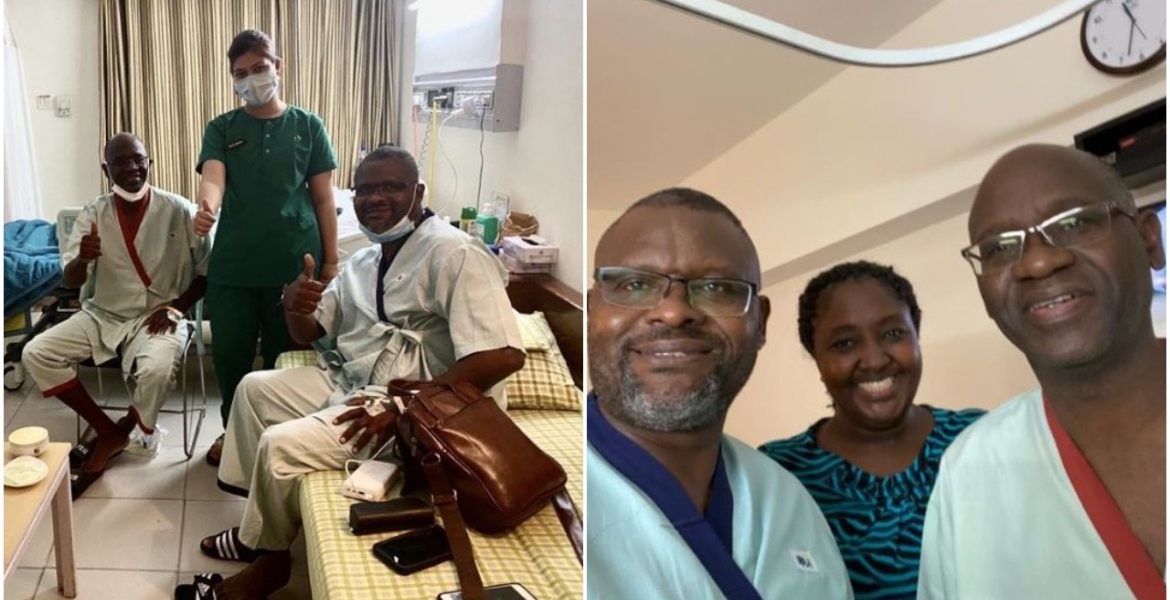 Speaking on Radio Jambo via phone from India, Mulee said he traveled to the Asian nation to donate a kidney to his ailing elder brother but doctors established the ailment could be treated without the need of a transplant.

“My brother had a kidney problem and he needed a transplant. We organized on getting the visa and cleared by the Kenyan government. We came to India but after the doctor analyzed my brother’s kidney, he said there is no need to change it and promised to help him. I was so happy,” Mulee said.

While there, Mulee decided to undergo a full-body health check-up and it was discovered he had a potentially life-threatening condition.

An examination of his mouth revealed he had obstructive sleep apnea, a sleep disorder that causes breathing to repeatedly stop and start during sleep. Its symptoms include snoring loudly and feeling tired even after a long sleep.

Doctors at Apollo Hospital in New Delhi advised him to undergo surgery immediately.

“The doctor told me I should thank God I am alive as I was prone to a stroke and could have died. Sleep apnea can cause diabetes, cancer. I was advised to go for surgery immediately,” he said.

During the operation, a growth was removed from his throat.

“It was a successful surgery and my advice to people who snore at night, people should go for a checkup. They should not ignore it.”

Mulee is among Kenyans stranded in India after the government suspended passenger flights to and from the Asian country for two weeks over COVID-19 fears. He hopes to fly back to the country next week.

Sleep apnea can cause what!!!!ok somebody research for me. CPAP is the solution to sleep apnea for most people not surgery. Watu wajifanyie homework si kuamini kila kitu mtu amefungua mdomo kusema. In a month I see people going to India for surgery because of apnea the “life threatening condition that can cause diabetes and cancer” 🙄🙄🙄

Well stated, Mary. Those Indians saw he had some cash to spare and had to look for some blsht* crap for some unnecessary surgery to ‘milk’ him up! First Mulee has to lose some weight, exercise more and then get a CPAP. Sleep apnea DOES NOT cause cancer and even diabetes could correlate to high blood pressure due to apnea, fatty liver disease, genetic factors etc but not direct causation. This story is missing all the facts!!

For sure some hyperbolic manenos there...cancer; not sure how. All in all, the long terms effects are heart problems coupled with a poor quality of life. But Miles"s wife/partner will be smiling all the way....they can share a bed and wake up loving each other....sorry tmi...

Yes, happy happy story for all. Now stay your ass in India and dont bring back those filthy COVID-19 mutant viruses.
These kalasingas have been spreading that ish like flies to over 44 nations with their corrupt and crooked tests. Juzi they had a whole ship land in SA with a dozen crew with that india Corona strain.
Dont go anywhere near a bahindi shop in the next few months. You have been warned.

Extremely dirty Indians scamming africa. Are we beyond repair in fixing our stuff? Sleep apnea is resolved with weight loss

Kenya lacks specialists for real...about 15 years ago I needed a hand surgery knh said they only had 2 hand specialists in the whole country and one was on leave...the other one did a shoddy job that took years to get back to normal..surely if I was rich I would pay for top students to study medicine