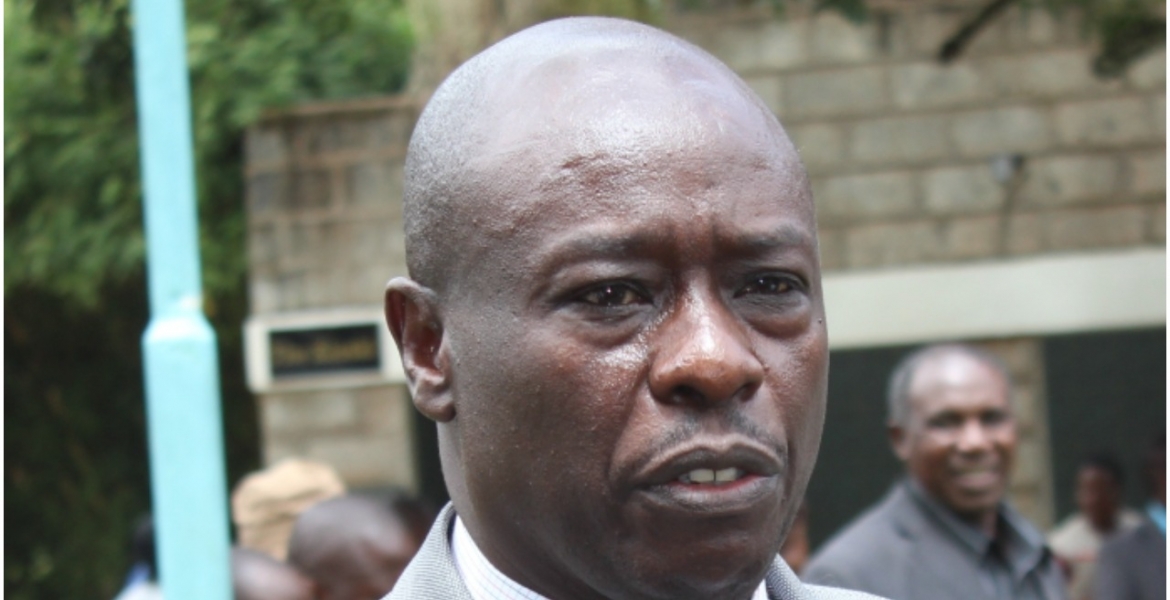 Gachagua was picked from his Nyeri home at around 6:00 am on Friday and driven to DCI headquarters in Nairobi.

Reports indicate the first-time MP was arrested in connection with an alleged Sh12.5 billion scandal, but Gachagua insists the arrest is politically motivated.

Gachagua claimed he was arrested for embarrassing the government in the recent Kiambaa by-election where the United Democratic Alliance (UDA), associated with Deputy President William Ruto, defeated the ruling Jubilee party.

“I want to tell the people of Mathira to ignore the rumors, their MP has not stolen anything, these are just baseless accusations to intimidate me for my political standing,” he said.

Detectives have been investigating the source of Sh12.5 billion wired into Gachagua’s bank accounts between 2013 and 2020.

He is alleged to have used proxies to fraudulently win tenders in various county government, State agencies, and ministries through 22 companies, with him as the sole beneficiary. Gachagua is said to have received the funds through three accounts in Rafiki Micro Finance Bank.

The funds were received from the Ministry of Lands (Kenya Informal Settlements Program), State Department for Special Planning, Ministry of Health, Bungoma County government, Mathira Constituency Development Fund, Nyeri County government, and the National Irrigation Board and are suspected to be proceeds of crime.

But Gachagua dismissed these claims, saying he is a prudent businessman and that he legitimately amassed his wealth through a variety of ventures, including owning a candy factory and organizing discos in his youth.

“I have done legitimate businesses with the National Government and other people, when the matter comes up for mentioning next month, I will account for every cent I have made,” he said during an interview this week.

Is this guy somehow related or was fathered by the late President Moi...The resemblance is uncanny...#js

He is DP Ruto’s step brother from the same mother! Both of them are big thieves and seems to think Kenya belongs to them only!

He looks Ruto's brother from another Mother.

This case will be Dead on Arrival. Kenya is a Sick country.

No it is those you call leases who are sick! Look at how they all coming out of the wood work to defend this gachagua thief! Evan Ruto the biggest thief on earth has done condemning to fo. What a shame!

Comrade Guest 1....
I truly agree with you.
REVOLUTION will be key.
We need to go back to the basics...
A BULLET never lies.

There is no difference between jambazi Uhuru’s former personal assistant,Rigathi and other thugs’/murderers’ personal assistants’.All of them kina expired thug JM Kariuki,expired muuaji Kamau’s to Kulei,Biwort-Moi,to Karoli-Raila,to Kirubi-Kibaki,Gathoga-Saitot were&are always the first beneficiaries of what boss looted.I wish Rigathi tells the public how muuaji Raila used to correct millions in cash on daily bases from road constructors Nderitu and Maina’s homes when he was twice roads/public works and PM.He should also confess how he and Uhuru looted from hungry billionaires.

I hear Murkomen is protesting the arrest of judges! It is very strange that Murkomen would protest because he is one of the major thieves in Kenya.

Kenya will not get rid of thieves as long as other thieves are in politics to protect their fellow thieves! These hustler idiots will take our country to hell.

Ruto and his cabal of friends do not mean well fir our country! They have formed a phony tribal hustler group to deceive those supporting them in Nyeri and other places!

And to those Nyerians protesting over the are stupid of a guy who have stolen over 12 billion Kenya shillings, please shame on you! I hope you continue to live like a church rat that eats well but dies with nothing to show!

I’m from that part of the country and I’m ashamed that you can support Rigathi after he has stolen our money! We must speak our and support the efforts to rekembisha those who have stolen; where you uncle, your dad, your mother, etc! A thief is a thief abd every body should not support a thief.

There is no politics here in arresting Rigathi! It is just one of the thieves which has been arrested to an account of what he did with our money!

More thieves should be arrested to include Ruto, sudi, no Kuria, Murkomen, Waititu, Sonko, ndindi, etc! I am surprised the Kenyans who used to be deemed intelligent in Nyeri, etc are acting like dummies supporting a thief! Those judges must answer to the bribes they have taken!

We (I am) are tired of thieves of our tax money! They are keeping the progress of our country down. They must all be arrested and jailed for life or killed!

we can manage our country if we come together and act on things that matters. Our comments are very good but they will never offer solution till we put them into actions.www.wanjikujiokoe.org

Very good! I’m agladthis thieving bitch have been arrested! Kenyans if the right mind are tired of thieves!

I would not doubt the allegations. Mathira has some incredibly crappy bridges and general infrastructure. I know people have died crossing the Sagana and there are no roads to get these poor souls to their final resting place other than on foot paths and people's shoulders but this idiot claims it's someone else's responsibility.

Gachagua moi era you witnessed the killings of people you lobbied on mau forest as DO or DC you deserve something in turn . Stop crying about politics you did something before that you got away with it. System ya majambazi must be rooted out I wish they can set an example with gachagua . Uweko pare pare are you not a mammal?

Two rules of law in Kenya.
The masses.
The ELITES.

I blame the masses who allow thieves like gachagua, DP Ruto and whole lot others to steal and get away with it.

Rigathi is stealing while everything from bridges to whatever is collapsing and getting washed away! This thief must be jailed to include those others (mainly politicians) who main duty is to steal from the public!

Stop lying that you got arrested over your support for Ruto! You got arrested for stealing tax payers money which is in the amount of billions of shillings! It is quite strange, weirdo and funny rthar you steal alone but when you get arrested you start saying it is all politics! Grown up and take some damn responsibility for stealing!

Rigathi, no matter whether Ruto comes spitting fire over your arrest, why don’t you return all the money you have stolen? You surely got done nerves guy!

No judge will lock him up. He has enough to quench thirsty judges and all associates with authority.

Good luck poor negro . You will be buried with your wives and children waiting for justice.

...candy factory and organizing discos... And he got billions for that?

Political persecution soon after a failed by election is just too old school. If there was a serious corruption purge, no one would be left standing. Both govt and opposition would fill all jails and hotels. DCI is ruining their credibility with kamata héadlines

You are nothing less than a thief yourself @g777. You are an enabler foe thieves to mash room! People like you just make me sick because you are a dummy by choice!

When are they dramatizing a " Murathe" arrest!.Covid money 💰!Uhuru failed before he was conceived!

WAKENYA TUENDE AMA TUSIENDE?
LIKE I SAID A BULLET TELLS NO LIES.