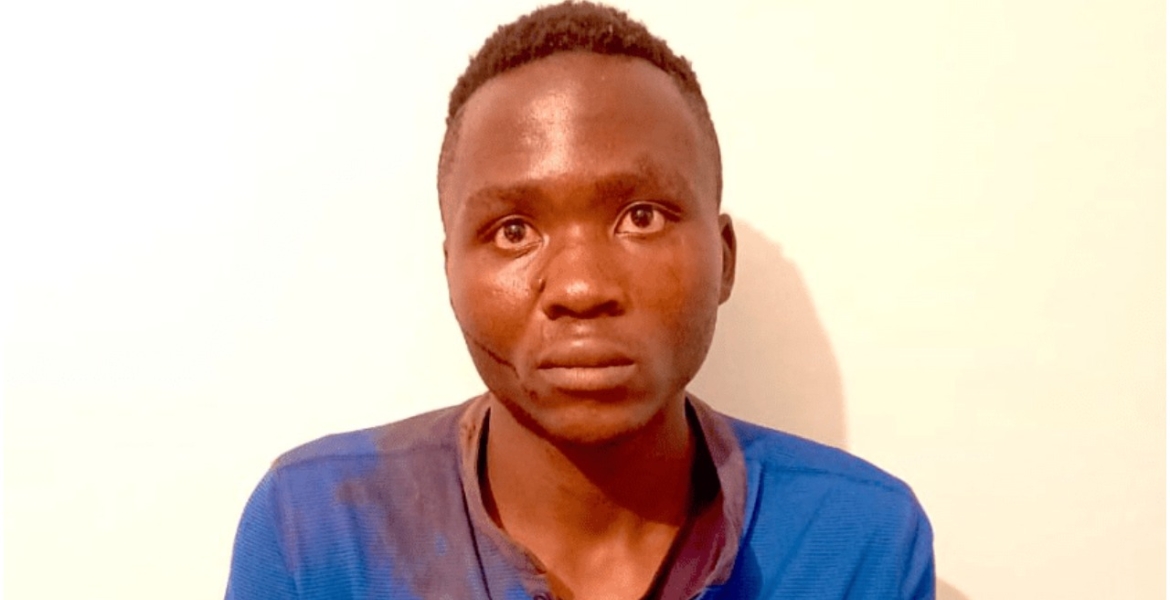 Wanjala, who is accused of murdering more than 10 minors, was being detained at Jogoo Road Police Station in Nairobi when he escaped on Tuesday, The Standard reported.

It remains unclear how the 20-year-old suspect managed to break out of the police cell, a day before being arraigned in court to face murder charges.

Following his arrest in July, the suspect led detectives to two murder scenes in Machakos county, five in Nairobi and two in Kajiado. Last month, detectives confirmed that Wanjala had killed four more minors in Bungoma, bringing the number of his victims to 13.

Investigations revealed that Wanjala single-handedly massacred his victims in the most callous manner, sometimes through sucking blood from their veins before executing them.

Police said the suspect was barely 16 years old when he executed his first victim, a 12-year-old girl who was kidnapped in Machakos in 2016.

Detectives established that all the murder victims were stupefied using a white substance in powder and liquid form, before being executed.

No way. This is an inside job investigate! investigate! mpaka watchman at that police station. How now? A serial killer will just disappear from a cell just like thin air. Not possible. Some one some where helped him escape.

Masten Milimo Wanjala , is dead. I might be wrong, I stand to be corrected.
Two things here..
1] DCI KILLED HIM AND WILL COME UP WITH A GAME PLAN TO COVER THE MURDER.
2] HE BRIBED HIS WAY OUT.
But I'm leaning towards him being KILLED during interrogation.

Sick bastard he deserved it if he was indeed killed in police custody Preying on children because their parents are poor , neglected or because they do not have guardians is no excuse.If the same happened to you it is not the children’s fault they were not born.Every child deserves to live to adulthood and garbage like this needs to be put down like the animal he is.