Court Blocks Sirisia MP John Walukhe from Traveling to the US 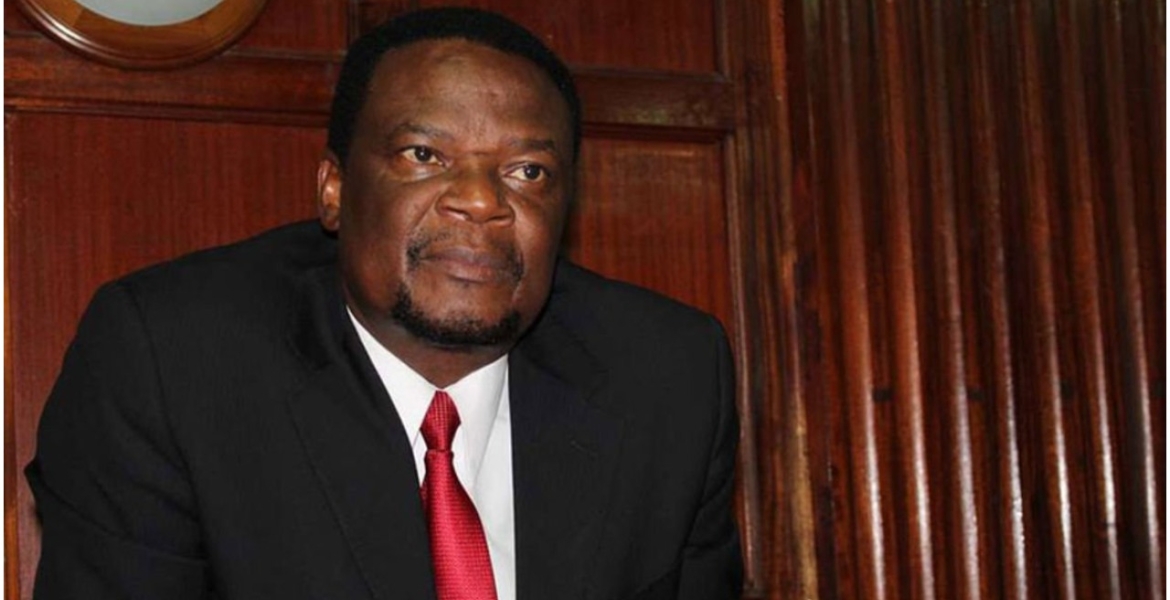 The High Court has dismissed an application by Sirisia MP John Walukhe seeking to have his passport released for him to travel abroad.

Walukhe had requested the court to release his passport to allow him to travel to the United States to attend official duty.

Justice Esther Maina declined the application on Thursday, saying the MP cannot be granted the passport to travel out of the country because he is a convict.

Walukhe was in June last year sentenced to 10 years in prison with an option of paying a fine of Sh727 million.

This was after he was found guilty of defrauding the National Cereals and Produce Board (NCPB) of Sh313 million alongside his co-accused Grace Wakhungu, who was also handed a 10-year jail term with an option of paying a Sh707 million fine.

The two are directors of Erad Supplies & General Contracts Limited, the company through which they were supposed to supply 40,000 tons of maize to NCPB in 2004.

Walukhe spent four months behind bars before he was released on Sh10 million cash bail pending the hearing of an appeal filed at the High Court.

I wish a YES voter to the 2010 poop constitution can clarify how a convict is still an MP leave alone traveling outside Kenya.Was he traveling for a prisoners’ conference or to represent his constituency?The YES voter should also point out who is supposed to enforce a court ruling that majambazi Okemo and Gichuru be extradited to Virgin Islands to face money laundering charges.

Why is he still an MP? He should be jailed and pay restitution. Does it mean jail is for the poor?

First thing first.Does he have a VISA to travel to USA?not sure if their consulate in Kenya gives awaivers to criminals.I believe,a crime like that committed by Waluke makes him inadmissible in USA.Not an expert,but I also understand the consular officers can make adetermination to waive.Anyway,the bigger concern to me is what @Morris Menya has raised,and that is,"how a convict is still an MP"? Obviously he miserably failed the integrity,and ethics test.Or those tests dont matter?

Only in Kenya sir Maxiley. Rules, policies, judgement's, just exist on paper, but never or selectively enforced! Also, I guess it depends on how well one plays the legal system. This guy served only 4 months out of the 10 years after getting convicted and sentenced, lodged an appeal after the fact, get released on a 10 mil bond on a crime committed 17 years ago in 2004?? where is justice? Justice delayed is justice denied! This maggot should be made to pay a restitution with interest if the conviction is upheld beyond reasonable doubt. Actions like this kind of theft is a let down for Kenyan people. These mega thefts should be classified as crimes against humanity and expedite hearing's and sentencing. Soon depressed and frustrated folks may turn to mob justice for instant justice on these Ruto disciples, kings of stealing!!!

@ Imara Daima, well timed quote. Elections are around the corner,literally and figuratively. People, Let's not be fooled,dont listen to lies,excuses,and false promises again.Dont be fooled twice,thrice...If your politician has not delivered,he is not representing you.Dont be his or her accomplice.He/she is busy enjoying the exorbitant benefits that they dont deserve,and you pay for.My suggestion is to take our chances with new candidates since we know what to expect from the current politicians,that is with the exception of a few good ones who deserve to serve again...We the voters have the power to change,and shape our destiny.MAKE YOUR VOTE DO MORE THAN JUST COUNTED,but also send a resounding message.No more business as usual for unproductive servants.FIRED and replaced.