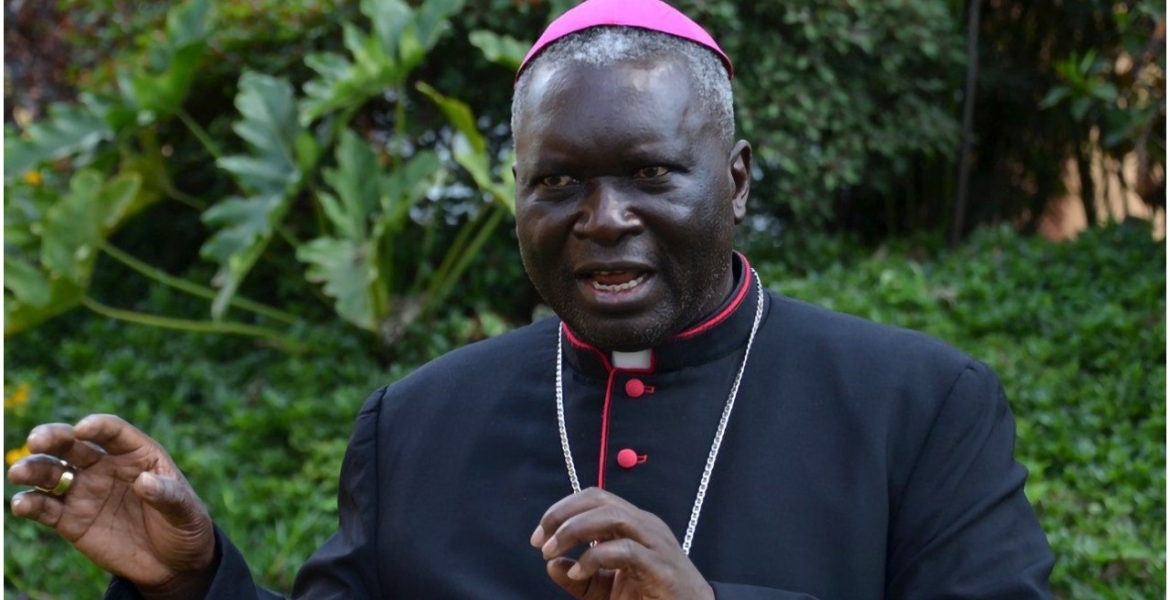 Pope Francis has appointed Rev. Philip Anyolo as the Archbishop of the Catholic Diocese of Nairobi.

Anyolo, who has been serving as the Archbishop of the Catholic Diocese of Kisumu, replaces Cardinal John Njue who went on retirement in January.

His appointment was first announced on Thursday through publication in Vatican City’s daily newspaper L’Osservatore Romano.

Born in Tongaren, Bungoma County in 1956, Anyolo was ordained as a Catholic priest in 1983. Pope John Paul II appointed him Bishop of Kericho in 1995.

In 2002, Pope John Paul II appointed him as Apostolic Administrator of Homa Bay Diocese following the resignation of Rev. Linus Okok Okwach. He was installed as Bishop of Homa Bay in 2003.

Nairobi Auxiliary Bishop David Kamau has been the Apostolic Administrator of the Archdiocese of Nairobi since Njue’s retirement.

It was Pope Nicholas the Fifth who initiated, authorized, and blessed the selling and buying of Africans as slaves.
The current suffering of the African people in diaspora was ordained by a Catholic Pope. Therefore, we can argue that the Catholic Church is the foundation of the inhuman institution of the Atlantic African slavery. Shame on this church!

I hope he did not have sex with a boy . They love boys

I hope he did not have sex with a boy . They love boys

When they see boys during mass they salivate. It bothers them how beautiful are boys

Daima should say something about today’s Kenyan slavery.Kenyan slave masters,a.k.a,elite thugs steal Imara’s 50% for every $ he sends home.They are currently led by jambazi Muigai but Imara won’t complain because he is represented by witch Amollo Oginga in EATING.

I am not here to yap endless...
I offer inputs. Do you need ideas, capital, infrastructure...to be on your own?

The same goes for Dr. Raila Juma Oginga! Kenyans, don't panic! We have Brother Kivutha Kibwana who can replace these two graduates and lead Kenya to an everlasting paradise and direct Kenya to recover from the current climate of "anything goes."

National but not individual projects will solve the water crises in Kenya:
@ Ineo, you said:
"I am not here to yap endless...
I offer inputs. Do you need ideas, capital, infrastructure...to be on your own?"

Digging one well for your immediate family members does not solve the national crises facing the entire nation about providing fresh drinking water for all the people of Kenya. It would be much better if you find ways that can make it possible for the entire nation to have clean water and find ways of developing national infrastructure for the entire nation.
My issue with the current foreign religions operating in our country is that, instead of focusing on making paradise on planet earth through each member taking full responsibility for their lives and that of their entire family, they focus on life after death. Instead of preaching to their mentally hacked followers on family planning, the church (especially the catholic) discourages family planning and in the long run, promotes poverty in Kenya.
Being a father or a mother is not enough. A father or a mother should be able to provide shelter, clothing, food, and education to their offspring. Prayer is based on superstition. Prayers have not solved any problem in the past or in the future. With the amount of time spent in prayers, Kenya should have been a paradise long time ago.

They swore not to have sex with women. They know how to manuvre legalities. Boys are not women