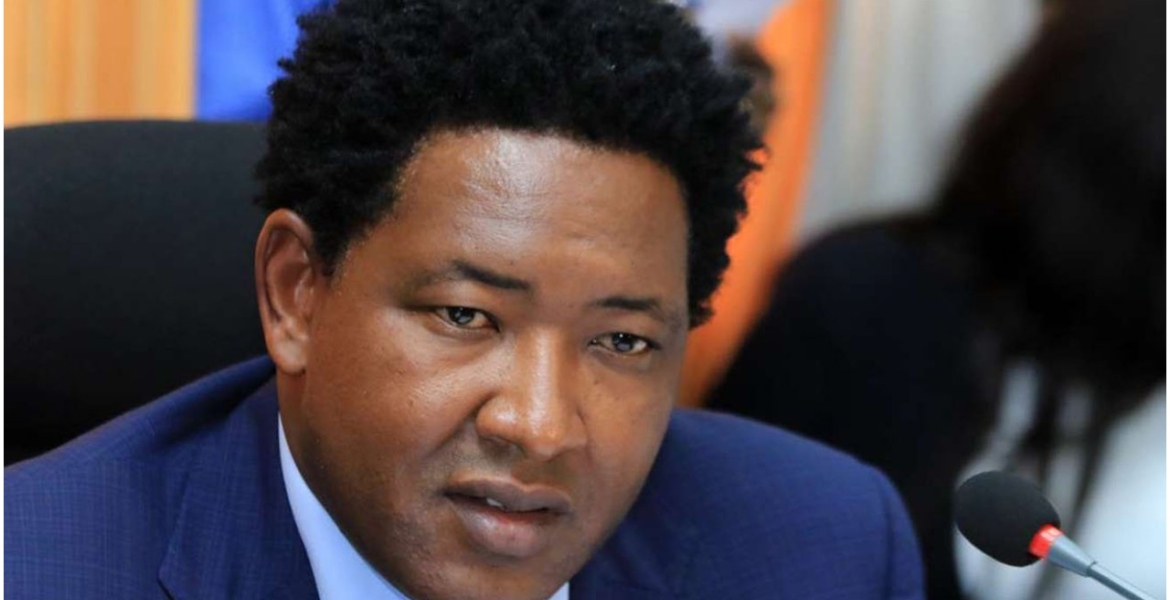 In an application filed at Milimani law courts, Esther Wanjiru Gatume claims Senator Olekina has neglected his responsibility of taking care of the minor, who is his biological son.

She wants the court to compel the politician to pay interim child support of Sh200,000 pending the hearing and determination of the case.

The applicant says she met Olekina in September 2019 and the two entered into an intimate relationship, leading to the birth of the child in October 2020. Wanjiru claims the first-time senator cut off communication with her immediately after she informed him that she was carrying his child.

“When I conceived and realized I was pregnant, I immediately informed the respondent that he was going to be a father. But to my dismay and utter shock the respondents cut off communication with me,” Wanjiru says in court documents.

“I was left with no other choice but to settle all the cost and bills during the pregnancy, scans, birthing without any involvement or assistance of the respondent.”

She adds that Olekina has remained silent despite informing him when the child was born and requesting him to take responsibility.

She argues that the respondent is a member of parliament and a prolific businessman with a steady income and excessive means to provide for the minor. She has attached medical bills and receipts in the court papers.

Hii paka inaleta shida.
Children are becoming big businesses in kenya.
The question I have is ,didn't this lady know that she could get pregnant?
Was she a minor?
I'm not trying to justify ignorance here, but judges need to determine and figure out whether both parties had agreed to have a child.
I BELIEVE in child support, but $3500 per month is way too high.
Now, this trend will lead to children being KILLED or the ladies KILLED.
IT'S just a matter of time.

Why am I not surprised by this. This woman literally Gold Digging into Senate.

Men Should join this Men 'Me Too' movement against Gold Digging.

Gold diging has became a major career opportunity for many unemployed young women.

The only way that achild could be brought into this world is by a deliberate action of making a sperm meet an egg.This action takes place normally when the two participating parties as fully aware of their action.So given this backdrop, I fail to understand why aman would not want to support what he created.That is unless there are questionable paternity grounds.
Even if protection fails, you are still responsible.Anyway,what I want to point out it that it seems like our Mpigs lack probity.These cases of reckless of impregnating women,especially young girls is becoming worrysome, especially if the man has to be drugged to court. Folks making "small human beings' is not agame.There is enormous responsibility. The least a sperm donor can do is atleast help put financially.Which is the least burden.You imagine what the mother goes through while the sperm donor is sound asleep or chasing other skirt to impregnate and take off...again.
Mpigs are setting very bad examples.
Now let's hear from the alleged dead beat Mpig.

On these topics, @maxiley, you always remind 90% of our Kenyan men what a biological father is.... I wish men knew how powerful their presence and support is to that child.... and if presence is not there, the financial support is a lifeline that can determine the success or failure of that child sired by them. Style up idiot Mpigs...you are role models that our youth look up to and emulate.

Feminazi doors are open to harvest where they did not plant

Getting sick & tired of these women sleeping around with married men in secret and only go public after siring a child. I am not disputing Ole Kina is the dad but DNA kwanza juu Wanjiru seems like she's on a mission to dig gold $3500 for child support is an exaggeration. If Ole Kina is the father he need to pay child support but not a hefty amount Wanjiru is demanding. Bringing up a child is a shared responsibility so Wanjiru need to come up with her share too and stop behaving like she is a victim here. Think twice before exchanging the 🥤.

Why are you blaming the women? Why cant you tell the fellows to zip up,and think of their wives in they are married?That's the right thing to do.Right? We cannot not keep on excusing our bad behavior.What do you say of men who want to just hit and run...?
My concern goes beyond how much child support it or should be. Iam more concerned about the irresponsible way of bringing children into this world,without proper preparations for them to"thrive".And even more worrying when this recklessness is done by people who should know better.Like Muheshimiwa...
Let's not condone debauchery,and breeding of children,and then run from responsibility.