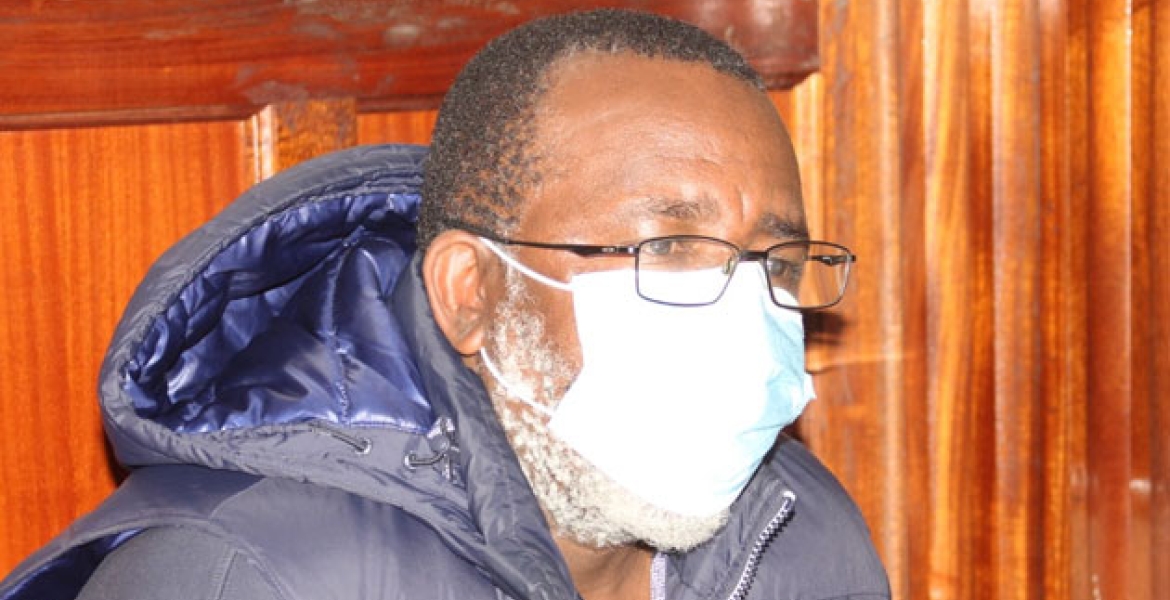 Meru Senator Mithika Linturi was on Sunday morning arrested over alleged incitement remarks he made at a political rally on Saturday.

Linturi was picked from Rupa Hotel in Eldoret by detectives from the Directorate of Criminal Investigations (DCI) and was driven to Nakuru where he recorded a statement.

Reports say the politician was later transferred to Nairobi and booked at Gigiri police station awaiting arraignment in court on Monday.

His arrest came hours after the Director of Public Prosecution (DPP) Noordin Haji directed Inspector-General of Police Hilary Mutyambai to investigate Linturi over the utterances made during Deputy President William Ruto’s rally at Eldoret Sports Club. Haji asked Mutyambai to forward the findings of the probe to his office by January 14th.

Following a public uproar, Linturi issued an apology saying his remarks were misunderstood.

“Today, while addressing the UDA rally at Eldoret, I expressed myself using words which in a certain context, have acquired sinister political overtones and come to be associated with incitement and hate speech,” he said in a statement.

“It is true that words like 'madoadoa', whilst otherwise innocent and legitimate expressions, have in certain contexts come to be understood as representing inflammatory intent. This context did not occur to me while I was speaking.”

The senator clarified that the use of these words was in specific reference to leaders who do not support UDA, “and whom I urged voters to reject in favor of UDA candidates, given that we are in a political contest, and they are our rivals.”

We heard you. If that’s what you meant, you would have said it the way you are saying it here. My guess is that you had been coached what ti say by someone else and you said the way you had been told.

Mithika is not the most intelligent guy among the pack! He is not all that well endowed in his head!

One good thing he did d to let the cat out of the bag so that kikuyu’s can be well prepared in case Ruto became the next president!

So I commend Mithika for being outspoken! Kenyans need to know where Ruto stands in matters of Rift Valley intentioned crashes! But Ruto has miserably failed on this sensitive issue!

Any Kisii would remember that these "MADOADOA" utterances are the same ones Ruto made before the 2007/2008 Post-elections skirmishes. These remarks encouraged the Kalennins to chase, attack, mame, burn and kill Kisii, kikuyu, kamba, meru commuities that lived and worked peacefully for years. That's why Kisiis can Never vote for Ruto!

The problem is not Linturi.

The problem with elections in Kenya is Kikuyus,Kalenjin,Luo’s and police.

These peoples believe elections is a time to kill and destroy property. They normally wait until elections to start killing, raping and forceful circumcising their neighbors.

They are the problem.

Mithika is a part d UDA madoadoa goon! Hecc CS doesn’t know he is standing on a shaky Eldoret ground for using and dumping Kituny! He will be the next to have his ass to eliminated there without a trace.

Hey Linturi you forgot to dye your white beards black when you dyed black your hair. Maybe that will save of from being wrenched by the uda madoadoa operatives in Sugoi!

Keep Linturi locked up! He is speaking what Ruto paid him to do. A traitor betraying his own people! How useless can this Linturi be? Are these the kind of Senators Meru people elect?

Where is Kindiki? Isn’t he a Senator too? Is he to condemn what his Meru fool warned Kikuyus about? Ghees, WSR have truly bought these useless people!

Now all the UDAku allied politicians from Mount Kenya (political madoadoa) are all mum! Are they quiet because WSR called them madoadoa, or because they don’t want Ruto to cut the supply of stolen money to them?

The problem with the Kikuyus is the ungodly love of money! Greed! They Ben will betray their own Childrens future to a murderer who have killed them as recently as 2007.

This is very stupid to arrest someone madoadoa is not for ethnicity clashes. God created all beautiful things plus colors too. He meant those who are not loyal to UDA . I love clothes with Madoadoa is this a crime. This man is innocent release him now .

LOCK HIM UP MANY YEARS