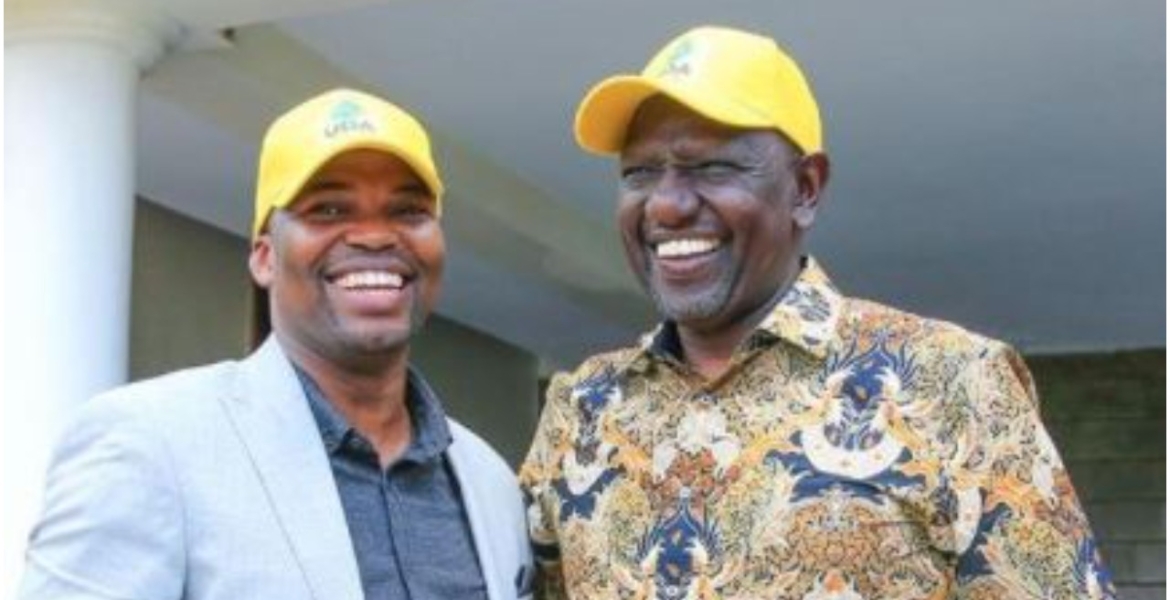 Muthomi, who is eyeing the South Imenti parliamentary seat, was formally received to UDA by Deputy President William Ruto at his Karen residence on Wednesday.

He says he settled on the Ruto-led political outfit as his vehicle for the August elections following consultations with the people of the South Imenti constituency.

"It’s now clear where the vision is heading. After many days of consultative meetings with my South Imenti people, I have officially been invited to join UDA. The groundwork that has been done has finally landed on the side of the winning team,” said Muthomi.

"When I got the call from the chief Hustler Inviting me, I had to heed my People’s call and his call to join the winning Team. And may the work of redefining South Imenti Now begin.”

The entertainer announced his entry into politics in November last year after meeting and receiving blessings from Imenti elders in Meru.

“I was grateful and humbled by the elders that raised me and who are from my home constituency of South Imenti when they honored and bestowed on me the blessings and responsibilities to lead them as the Member of Parliament,” Muthomi said in a Facebook post.

Awesome MCJessy
Wish you all the best

The mbus had a puncture and MC hopped onto UDA without diving.

Muthoni have caught up the hook of the worst politician thief in kenya! It won’t work because Kenyans are getting wiser! Kenya can’t afford additional thieves in the system!

Jasper is so common a name in that region, copycats!