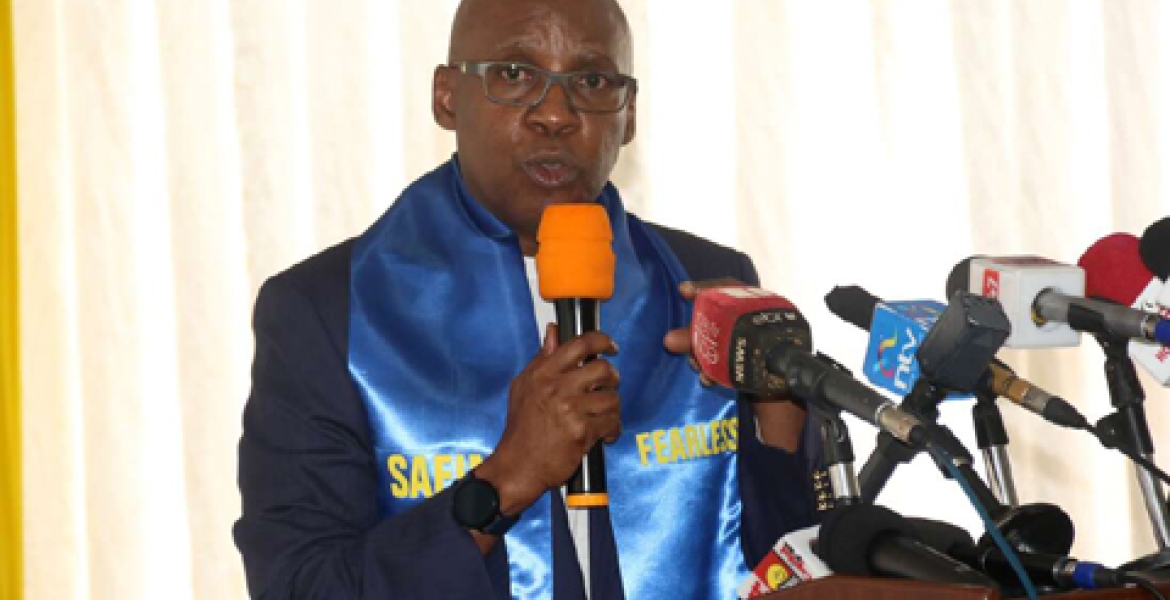 Wanjigi says the nullification of the 2017 presidential election raises questions about IEBC’s ability to deliver free, fair, and credible elections, adding that the commission never bothered to carry out a comprehensive audit to explain to the Kenyans how the last election was compromised.

“The supreme court nullified the presidential election based on evidence that there was massive tampering with the results. The polls body has never done an audit to tell Kenyans what happened, yet they are the ones who are being trusted to conduct fair elections this year,” Wanjigi said in Voi, Taita Taveta County on Sunday.

The businessman-cum-politician further stated that the Wafula Chebukati-led commission failed to comply with the Supreme Court’s directive to open the elections’ servers to enhance transparency.

“Let them [IEBC) know that this is 2022. Any attempt to take our votes away will be impossible,” he warned.

Wanjigi, who describes himself as an alternative candidate for the youth and marginalized, also cautioned the media against propagating the notion that the upcoming presidential election is a two-horse race between ODM leader Raila Odinga and Deputy President William Ruto.

“The projection of this election as a contest between two horses is rubbish! The 2022 polls should be on the question of the economy. The contest should be framed as being between candidates on who has the best ideas to rescue the economy from the looming catastrophe,” he said.

“These [Odinga and Ruto] are the same people who put us in this mess. You cannot expect them to have solutions to whatever is ailing the economy.”

Jimi Wanjigi let his ego run ahead of him. He had it all but apparently this spoon fed boy is Not a strategist and lost it all when trying to compete with Raila who he should have nurtured to deputize and eventually take the helm of his ODM or Azimio parties. Wanjigi needs serious advise and I am willing to give it to him

I just hate it when fools like this one and Jimmy Kibaki come out here talking while the fruits of our country’s independence went into the pockets of these spoilt kids. I think it is about time to turn over the tables.

Wanjigi needs to remember the shoddy contracts of which he was a big part of played a major part in messing Kenya’s economy.

He Wanjigi can never be part of a solution to fixing Kenya’s economy. He is a wolf in sheep’s clothing and he is even worse than Ruto who steals at night while Kenyans sleep. Wanjigi steals in a broad day light and goes ahead to justify his loot. He needs to shut his mouth .