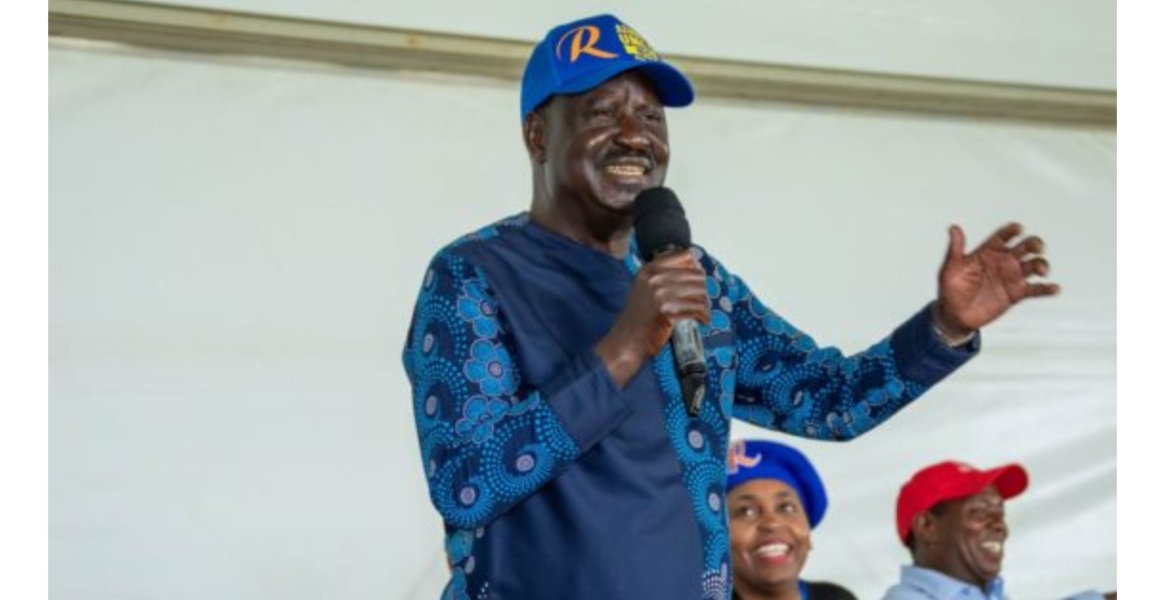 Raila Odinga of the Azimio La Umoja-One Kenya coalition is the most popular presidential candidate in Nairobi County, according to a new survey by Trends for Insights Africa (TIFA).

The poll shows that Odinga, 77, would garner 50 percent of the county’s votes ahead of his main challenger Deputy President William Ruto whose approval rating stands at 25 percent.

Roots Party presidential flagbearer George Wajackoyah came third with an approval rating of seven percent while Agano Party candidate David Waihiga polled in at fourth with a rating of one percent.

TIFA said 632 respondents from across all the 17 constituencies in Nairobi were interviewed during the survey.

Raila’s popularity has grown from 41 percent in May this year while the approval rating of Ruto, who is eyeing the presidency under the UDA party, dropped by one percent from 26 percent in May.

The Azimio La Umoja-One Kenya coalition is the most popular outfit in Nairobi with an approval rating of 46 percent while the Ruto-led Kenya Kwanza Alliance came second with a rating of 24 percent.

In the Nairobi gubernatorial race, UDA’s Johnson Sakaja is the most popular candidate at 40 percent followed by Azimio La Umoja-One Kenya coalition torch bearer Polycarp Igathe, who enjoys a popularity rating of 32 percent.

ODM’s Edwin Sifuna enjoys a commanding lead in the senatorial race with an approval rating of 27 percent ahead of UDA’s Bishop Margaret Wanjiru at nine percent.

In the Woman Representative Race, the poll shows that Esther Passaris of ODM has an approval rating of 32 percent ahead of her main competitor Millicent Omanga of UDA who polled in at second with a rating of 19 percent.

Do you have your own statistical plus on minus error that is perfectly accurate @simon? Are you opposing it because the poll is in favor of RAO?

What if the shoe was on the other foot?