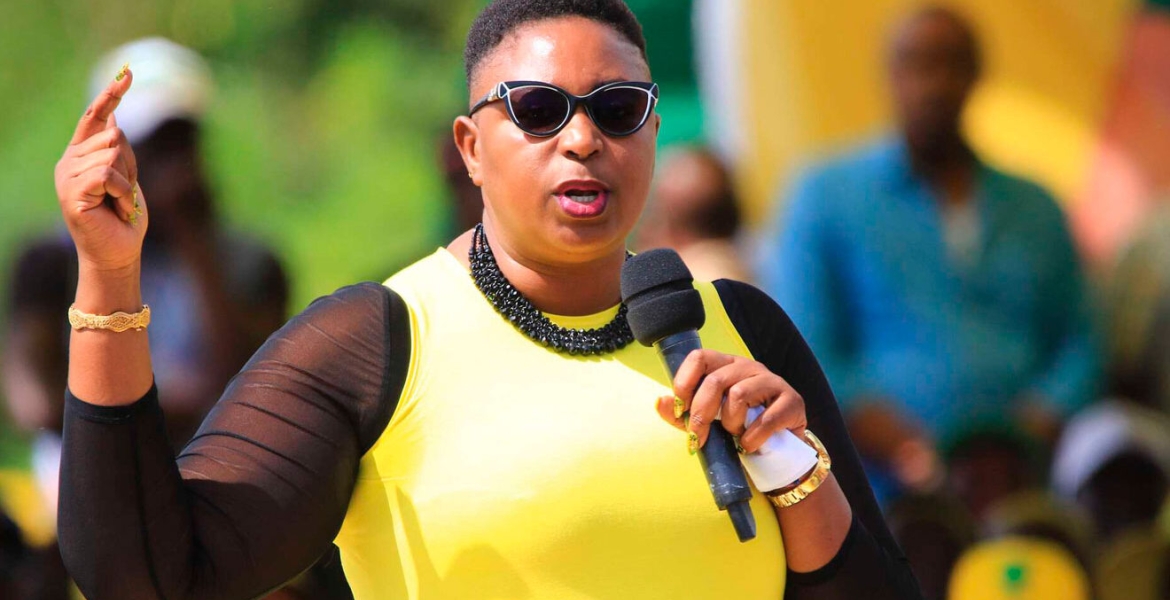 Disco matanga is a funeral fundraiser popular in the Coast and Western Kenya where music is played all night at the home of the deceased and funds are raised by 'charging' dancers and spectators.

Former Interior Cabinet Secretary Fred Matiang’i imposed a ban on the ceremonies in 2019, saying they had become a haven for criminals and were to blame for the increased cases of teen pregnancies in the county.

“This thing called Disco Matanga is no longer a cultural event. Criminals are taking advantage to commit a felony,” he said.

“Cases of early pregnancy in Kilifi are associated with this nonsense called Disco Matanga. We have agreed today and informed the Kilifi county commissioner and his county security team that all these must end by 11 pm.”

On Saturday, CS Jumwa said the ban has negatively impacted on the businesspersons operating disco businesses in the county but ordered the police to ensure no minor attends the ceremonies.

“We promised to uplift small businesses and not kill them. The ban has deprived many people of their livelihoods hence I lift the ban on disco matanga. Minors should not be allowed in these functions. Police should arrest those who are found attending the functions,” Jumwa said.

Jumwa claimed that poor parenting was to blame for immorality among young people in Kilifi and the whole country.

“As a parent, you should always know where your child is. When the child leaves home for these functions where is the parent? Do not abscond your duties and allow your child to roam around then you blame disco matanga. If we arrest a few parents and charge them then this matter will get a solution,” she added.

While lifting the ban on Disco Matanga, Jumwa should not forget to give credit to Former CS Fred Matiang'i. The ban was put in place because of complaints from residents.Matiang'i had to act,and act he did.
As for parents taking the blame for errant kids,I agree with her.Haven't we read that some parents at the coast encourage their young daughters to "chase" wazungu for money?
Looks like most parents have absconded their parental duties that include setting boundaries,and discipline for their kids.Not only that,but some set very poor examples. Just because you are an adult, by virtue of age,and enjoy certain unalienable rights among them,sex,marriage,drinking,you should perform them in amanner that would not shame kids,or teach them the wrong way of enjoying them. So you men who chase skirts,and shamelessly visit brothels,and have multiple mipango ya kando with minors,and drink irresponsibly,think twice.Kids are emulating you;unfortunately.And if you couple this with what they watch on mobile phones via internet,and movies-Folks,it spells disaster on our morals in our Kenya. Adults are to blame.What say you people?

Sakaja and Jumwa are GachaRutos MADs on Steroids. You Wonder🤔 what They be Smoking.

Why ban it in one section of the country and not the entire country? Discriminatory from the getgo!

Disco Matanga should be banned.

Is this matter under her docket? Power hungry. Kuria has to be told by Mudavadi that buying maize to feed Kenyans is the work of ministry of Agriculture.

>>There is something wrong with this KK government, a ban imposed by ministry of interior being lifted by public service minister, trade CS talking of maize while the CS agriculture is silent, sport minister commissioning exams while Kenya 7s are doing a fundraiser? Clowns allover

Does Jumwa seem to have any morals? She is a trumped idiot.