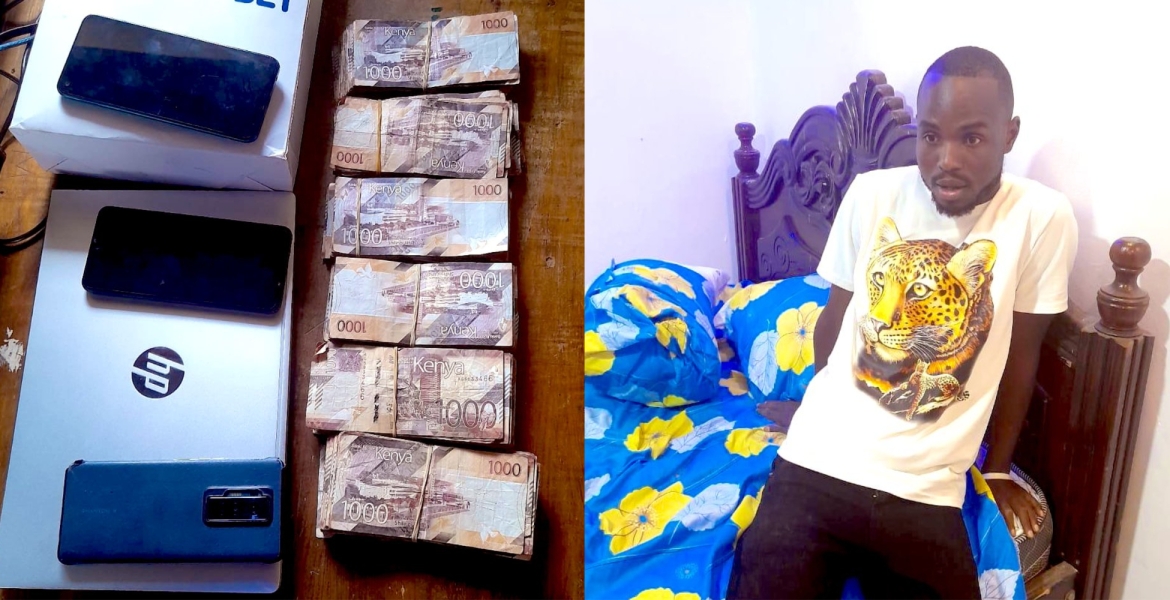 An online scammer who is believed to have masterminded a hi-tech swindle that swept Sh900,000 from a Mombasa-based microfinance has been arrested.

Francis Mairura was smoked out of his hideout in Nyamondo village in Gucha South, Kisii county on Friday, and Sh600,000 was recovered, the Directorate of Criminal Investigations (DCI) said.

His arrest comes after detectives based at the DCI’s operations support unit trailed the cash, which was siphoned through a breach of the Sacco’s IT systems and transferred to six MPesa accounts belonging to the suspect.

“The high level fraud which occurred on December 31, 2022, was executed between 3:30 to 5pm by the 22-year-old suspect who was at the time oscillating between two houses, one at Witeithie estate in Thika town and the other at Gitambaya in Ruiru,” DCI noted.

The suspect reportedly escaped to his rural home in Kisii county when he realized that he was on police radar.

On Friday morning, sleuths tracked him down to his village home, where Sh0.6 million, three mobile phones and a HP laptop suspected to have been used in the heist were recovered following a thorough search.

The suspect is currently under armed escort to Mombasa, where he will be processed and charged for his crimes, DCI added.

According to Kenya Kwanza , he has qualified to join the Mulot IT institute located in Riftvalley. As a IT expert.

Our universities churn out countless graduates every year but the economy has few jobs to absorb them and since they have to eat and are intelligent, white color crimes become a viable option.