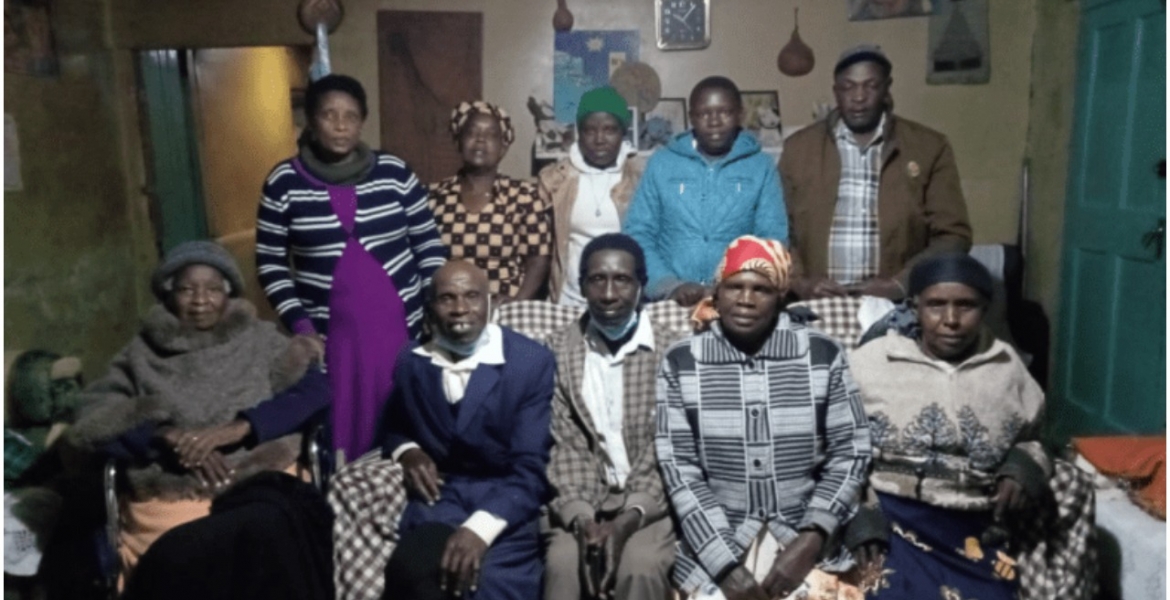 James Mwaura (in blue suit) with his family in Molo

A Kenyan man who went missing 47 years ago has reunited with his family, thanks to Facebook.

James Mwaura, 70, disappeared from home in Molo, Nakuru County in 1974 after his parents sent him to the shop to buy some rice for the family.

Mwaura, who was 23 years old at the time, reportedly lost his way and found himself in Nairobi with no money and nobody to host him as his brothers who lived in the city had relocated.

Left with no choice, the man hitched a ride to Naro Moru, Nyeri County where started a new life and even married a woman he met there.

Mwaura lived away from his family for 47 years until recently when he stumbled upon a seemingly familiar face while scrolling through Facebook.

He sent the Facebook user a message in his inbox and the person turned out to be one of his nephews. After a chat, the two agreed to meet up on Wednesday before the family reunion happened on Thursday.

Mwaura, who arrived home in a blue suit, is now happily married and blessed with three children and four grandchildren.

"Mwaura, who was 23 years old at the time, reportedly lost his way and found himself in Nairobi with no money......" Unless Mwaura had intellectual disabilities, how does a 23-year-old lose his way and not find a solution? he never thought of looking for his relatives in 47 years? I think Mwaura was running away from something or running towards something.

I think he chose Consciously chose to Join his Siblings in Nairobi. Unfortunately: They had relocated, and he Relocated to Nyeri (and found Love there; the Woman he Married).

@Bobby Kibe...my sentiment too. Mwaura alifanya kitu ama alifanyiwa kitu. So he knew to hitch hike to Nyeri, and not Nakuru. Ptho! We may be stupid, but not that stupid to believe this.

At 23yrs old he couldn't find his way home!. Something doesn't add up. Mwaura need to come up with another narrative of how he got lost or how he ran away from home. His narrative sounds like for a kindergarten toddler.

Doesn't add up. Went to buy rice and lost his way and found himself in Nairobi then decides to go to Nyeri?

A man of many firsts. GIVE CREDIT WHERE IT'S DUE😉😉...and then at 70 he was scrolling Facebook...and saw someone that looked like him... Lol

that story doesn't even pass the smell test! not even close! is 70 year old too old of an age to lie? mwaura, please don't give me that! u lied enough and u put your family thru' hell, i think its time to come clean

He had no courtesy to inform fam that hes alive all these yrs. He was waiting for FB to be invented for him. He should thank God he didn't go to Mombasa.