Nairobi Woman Conned, Stranded After Traveling to Mombasa to Meet a Facebook Lover 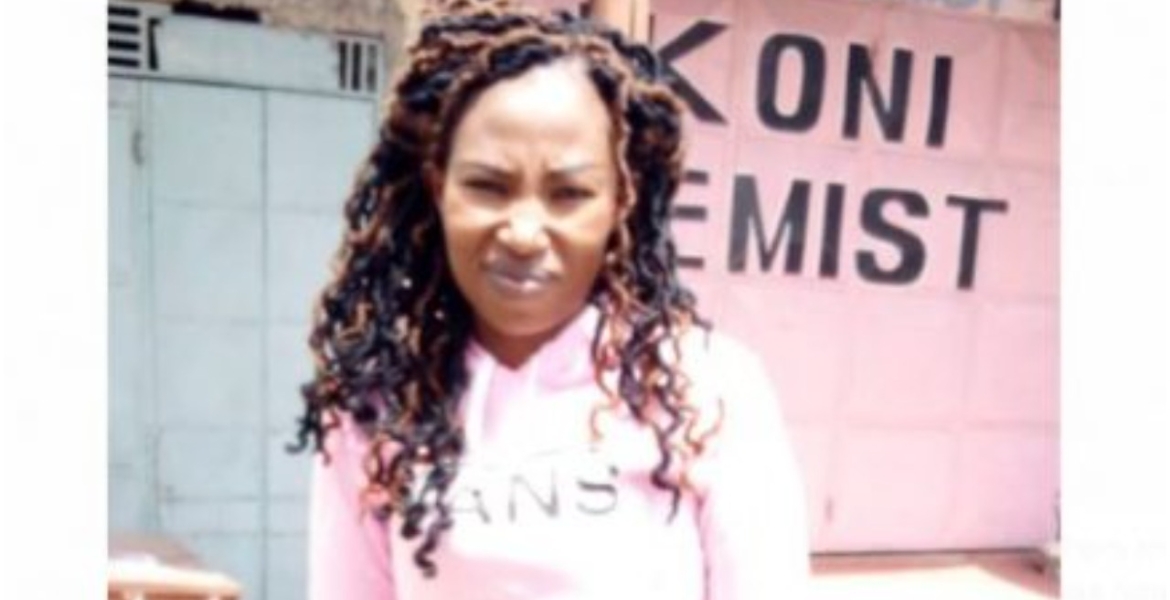 A Nairobi woman was left stranded and heartbroken after traveling to Mombasa to meet a man she met on Facebook a month ago.

Sara Wangui, 27, says she met the man identified as Tom on the social media platform and after chatting for about four weeks, the two agreed to meet at Likoni police station where the man claimed to work as a cop.

Sara traveled to the coastal city in the company of her four-year-old son on Saturday but the man did not show up at the police station and instead sent a friend to pick her up.

But Sara sensed something was amiss and refused to accompany Tom’s friend, who looked unkempt.

“Tom’s friend who has been in communication with me ever since l become close to Tom came here and claimed he had been sent by Tom to pick me but I doubt, going by how he looks. He is so unkempt,” Sara narrated.

During their month-long chat, Sara had allegedly borrowed Sh85,000 and sent it to Tom who claimed to be putting up some rental houses that would have become their source of livelihood once they get married.

She reported the matter at Likoni police station under OB number 20/11/21.

Who's gonna tell her that "Tom" is fake? Sending money to people you meet on FB is naive and foolish. Ati get married and rental property? Kui should cut her losses and go back to Nairobi.

🤦🏾‍♂️ Oh Sara Sara Sara, haven’t you leaned from other thots? The man is supposed to send you the money, not the other way around. After a month of talking, she sent him 85k. Where can I meet women like Sara? I need a woman to send me money.

Sara Sara Sara oh! You and your son are lucky to be alive. That Tom's friend may be Tom mwenyewe and could have taken both of you to your ultimate destination mbinguni had you not heeded to your 6th sense and guts. Please do not make an additional mistake of seeking a meeting with him again as you may not be that lucky this time. As another person here advised, "run!?

No wonder people/businessmen in Coast region nowadays refer to watu wa bara as their wazungus. Wana bara arrive with a bang to enjoy all that jungus used to preCovid ...nice hotels, buy their wares and eat happi with a big spoon in their joints. Who knew they are even targeting local bara-love-starved vulnerables like Sara? A single mom sending a year's fees to someone she's never seen... God in heaven, please have mercy. Did she tell the son they were going to meet their future hubby and father or what?

Most Kenyan women are naïve, stupid, vulnerable when it comes to relationship matters period. Around her, haoni mwanamme, lazima atumie mtu hadi pesa miles away ndio akuwe fulfilled. Ladies are you looking for a life partner or someone to mother. You cannot start a relationship from scratch with someone amechapa and build a relationship from its foundation! Nope most relationships you end up in ni ya mabwana za wengine or cougars with you being a sugar mummy of some sort. Sara this should be a lesson to you and other Kenyan women. Never let your guard down. Even if you did not grow up with a daddy that reassured you that you're beautiful and held you in high feminine pride, you gotta be strong in your pursuits, you gotta be smart. And sometimes maybe marriage is simply not for you. So prioritize your children, find happiness and fulfillment there.

Beyond STUPID! God! How could she be so gullible & stupid! Borrowing money & sending to a stranger? 😳😳Why would he tag along with her son yet he’s never set eyes on the guy!

It's not usual for a person to borrow money so they can help someone they just met online. It is likely some dark force was at play here.
There's been a similar phenomenon in Nairobi, where there are stories of folks who only came back to their senses after strangers they met along the street have cleaned out their account.

No need to be harsh and call her stupid. That's a harsh word to use on your fellow human being. It is a wrong decision she made out of quest for love. She needs counsel for her broken heart. Accommodate her and stop being overly judgmental, some day you or your child will need it. How do I know?

i have no comment for such stupidity. nothing can be done to help her stupidity