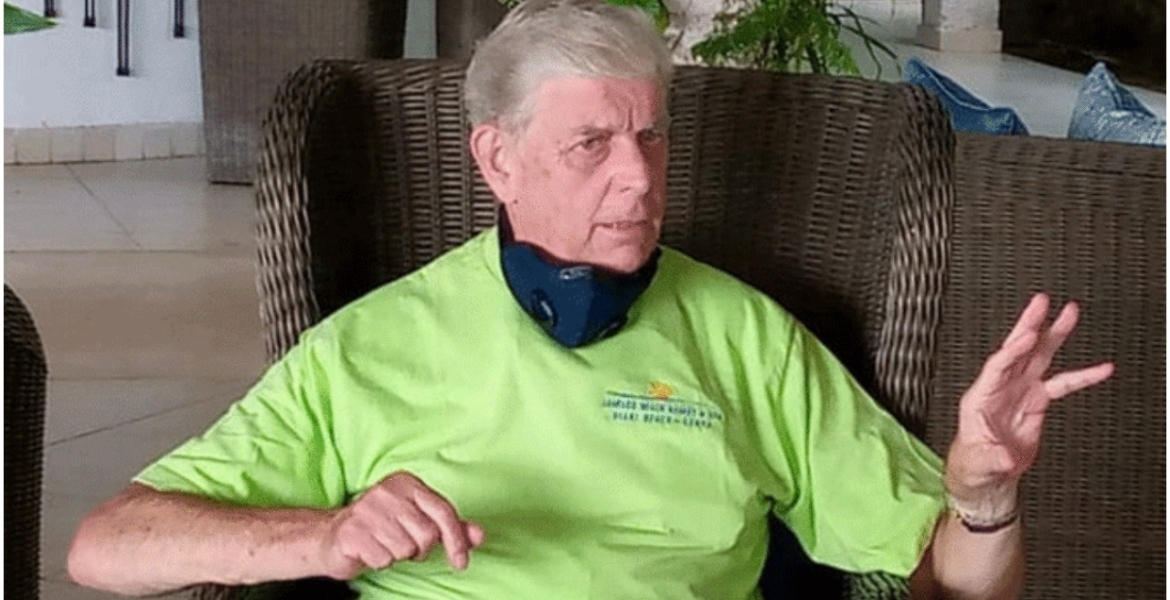 The world’s most travelled man Fred Finn has made his 601st visit to Kenya.

The Standard reports that the 79-year-old UK national landed in Kenya aboard a British Airways flight for a two-week visit.

Finn, who first travelled to Kenya in 1958, is in the company of legendary British rugby player Victor Ubogu. He will be in the country until December 22nd when he will fly back to London to enjoy Christmas with his family but hopes to come back again in January.

“This is my other home. I have a special liking for Kenya hence my frequent trips around the globe must include a visit to this great nation,” Finn told The Standard at the Leopard Beach Hotel in Diani.

Finn, a former consultant with Ethiopian Airlines, says he will stop travelling when he clocks 100 years. Since his first flight across the Atlantic in 1958, the wanderlust has flown over 15 million miles and has visited 150 different countries.

In 1983, Finn was certified by the Guinness Book of World Records for having flown more air miles than any other passenger in history using the Concorde flights.

The Concorde, which flew from 1976 to 2003, was the world’s first and only commercial supersonic aircraft. Finn flew the Concorde a record-breaking 718 times, including the first and final flights.

Whenever he visits Kenya, Finn spends most of his time at the coast and holds a special memory of his first visit to the country back in the late 50s.

“A visit to Kenya must include the Coast which has amazing people and geographical features. I always like waking up early in the morning and going for a slow walk along the white sandy beaches of Diani. The early morning walks are so refreshing each day as I meet fishermen returning their catch or encounter beach operators who have lots of stories to tell,” he says.

"The world’s most travelled man Fred Finn has made his 601st visit to Kenya". This man has visited Kenya 601 times? Those are more visits than some Kenyans I know who in 30 years have never set a foot in the land of their birth.